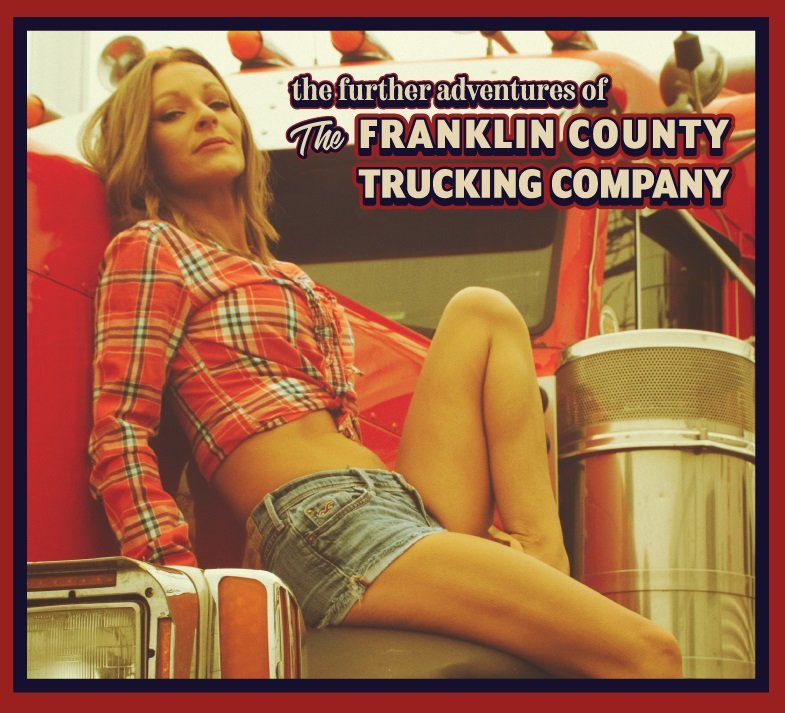 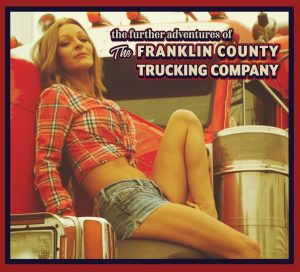 If you ever wondered what it might be like if a cowpunk band performed nothing but trucking songs, well… wonder no more!  The Franklin County Trucking Company, the brainchild of  “Skinny” Jim Rotramel answers the question. Their second album “The Further Adventures of ….” continues their mission of bringing 21st century country punk trucking songs to the people.  The band, an all-star agglomeration of sorts, features “Skinny” Jim (guitar) and Taylor Sprehe (drums) of The Number 9 Blacktops, Eddie Spaghetti (bass, vocals) of The Supersuckers, and Sean Hopkins (acoustic guitar, vocals) of Dallas Alice, performing a mix of new and old trucking songs, with the spirit of 60s and 70s country trucking  songs and hard core punk.  In addition, we get several guest appearances from Colonel JD Wilkes of Legendary Shack Shakers on some insanely punk harmonica work.

The album starts with a straight out punk rocker “Dodgin’ Scales”,  opining the risks involved with hauling an oversized load.  Starting the first song with the lines “I’m dodgin‘ scales and raising hell, Kentucky bound  headed down to the land of the Commonwealth, I got an oversized load and I’m runnin’ late, pushing 18 wheels to the Bluegrass state,” and with searing guitars reminiscent of Warner Hodges’ work with Jason and the Scorchers or Dan Baird and Homemade Sin, this song sets the tone for the entire album.

Next up is “Time is Money”, about getting the load in on time by “chasing that long white line,” and features a little 70s style CB chatter.

After that, we get a real treat, a full out cowpunk version of the old Eddie Rabbitt tune “Drivin’ My Life Away”, and this version flat out kicks A$$!

JD Wilkes shows up for the first time on “Truck Drivin’ Bastard, Me” and makes his presence known right away on this screamer with some WICKED harp work!

Next we have the tragic tale of a hard luck woman who becomes a truck stop prostitute,  encounters violence, and exacts her revenge in “Perryville, Missouri.”

Following these two is a real treat, an incendiary cover of the Little Feat song “Willin’.”

Next is “T-R-U-C-K-S-T-O-P”, a rager that sounds a little like Social Distortion exhorting all of the glories of hitting up the truck stop for video poker, videos of Rawhide, cheeseburgers, strong coffee and hot showers.

Finally “That Darn Trucker”, about a hapless trucker who gets everything wrong… he gets lost, doesn’t drink coffee, doesn’t use his blinker, and can’t drive a stick shift.  It’s a hilarious end to a very very fun 31 minute album.

I don’t know if they’ll do any live shows in support of the record, but if they do, I know I’ll go see them.  If they don’t, be sure to go see The Number Nine Blacktops when they hit your town, as their leader, Jim Rotramel,  is the braintrust behind this collaboration.

Go to www.number9blacktops.com/ to get a cd (and maybe a nice 2020 trucker calendar and personal note from Jim), or hit up Spotify to stream, or your usual place to purchase mp3s.