The time is coming folks when the Opry FINALLY “Gets It”. I knew this was going to culminate one day! I’m not sure if it’s the new manager that is a TRUE lover of real music or that they are looking for a more diverse crowd? This article here has been culminating in my brain for the last year now, because our music…our beloved “underground” music is FINALLY taking shape up top with mainstream music.

I’m not really sure if the Opry “watches” what the Ryman does, but if Mr. Cody Jinks, Mr. Tyler Childers and Miss Margo Price are any indicators, then I’d say YES THEY DO. Because all of those three have recently SOLD OUT THE RYMAN, and some of them in record time.

You have had several Country Legends like Vince Gill and Reba McEntire previously state that they wished the bro country shit would come ti a close and that the rap country would follow out the door. Well, it pretty much has and many of the prominent figures of the 1990’s have resurfaced and are making quality NEW music, but the problem is that people over 50 that enjoyed it in the 90’s aren’t buying it.

Let me tell you WHO IS. This new demographic of 20-40 year old music fans that grew up listening to the Outlaw Era music FROM the 50 and up people who won’t spend money on music. Pop Country is specifically targeted to women ages 14-25 and soccer moms up to 35 ( there ARE some exceptions to those that like the music that isn’t Pop Country), but now many of those females are coming over to the other side of the Country fence.

Now, mind you that the Opry WILL ALWAYS pander to ALL GENRES of Country and by all means that is GREAT. Because you get a 4 hour show for a GREAT PRICE, and you get a little bit of everything for everyone. But these younger people that are digging up the real Country are becoming very erudite about it. Whether it be word of mouth on social media, or rabbit hole time on Youtube or Spotify, they ARE finding it.

The Opry is picking up on this, and cashing in on it all by offering us all we want. And I’m hoping that very soon they start functioning as the Grand institution they once were. In the past, as far as members go they made some pretty mundane choices, and many of those fools won’t honor what it means to BE A MEMBER.

But then as of January of 2019, things began to change and now I’m seeing a positive, new echelon of shows and invitations of guests. Is this a result of the new manager? In my opinion I’d say YES IT IS. I think being a woman she is making better choices of some of the artists out there busting their backsides to gain the attention in the mainstream world…and it’s becoming easier every day.

On August 28th Underground Country Music sensation Mr. Cody Jinks made his Opry debut with 3 songs, to where after the first song he paused and said “I’m not going to lie to y’all, I’m pretty scared right now”. He played three songs, and right now along with Whiskey Myers and Mr. Chris Knight they are PISSING ALL OVER CORPORATE NASHVILLE ( hell some of them are based out of New York and California). It’s TRUE that these “DIY” artists are doing it THEIR WAY and mainstream radio is losing, and so are the artists that mainstream radio pushes down our throat on a daily basis. Radio used to be a very viable way of gathering an audience, but it’s not anymore and I couldn’t be happier.

One of the most prominent artists in this formula that has set many standards as an independent female artist is my friend Miss Sunny Sweeney. Her music is just a soulful and beautiful as she is, and she embellishes Country Music with her songs in a fashion only she ever could.

NOBODY deserves to be an Opry member more than her right now, having over 50 appearances under her belt, she has identified as one of the “Grand ladies of the Opry” like Miss Jan Howard and Jeannie Seeley are now. I mean don’t you all agree that ladies like her and Miss Kelsey Waldon would be sufficient additions of a new group of younger ladies that would carry on that tradition left behind by Miss Jean Shepherd BUT STILL allow and even proliferate those still alive like Miss Jan Howard?

I want EVERY ONE OF YOU To contact the Opry in any way you can and tell them that we MUST make Miss Sunny Sweeney a member!  And you can damn sure bet I’ll be there in attendance to cover that news when it does happen!

A few years back Miss Kelsey Waldon made her debut on the Opry and I recently had the opportunity to catch her set at Kickin It on The Creek in Irvine Kentucky, which I’m still writing about now. She recently released a new album on Mr. John Prine’s label Oh Boy Records, and will grace many a TOP 50 lists of 2019.

In my opinion she would equally be a good candidate for future performances on the Opry, along with the Pistol Annies, and SO MANY other younger female artists that are out right now, and outperforming the males in my opinion. I recently started writing my Americanafest articles and BY ALL MEANS I enjoyed the gals more than the guys there, I don’t know maybe it’s just what I LIKE more, and I’m not meaning this in a physical manner, their songs just speak to me MORE as a person. 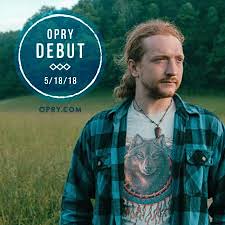 Mr. Tyler Childers has played the Opry twice now, since his rise to fame in the underground music realm but it has gotten so large and amassed so much notoriety, one simply cannot argue with his success. The sales and attendance of the Opry when this man takes the stage means that he deserves to play on a regular basis.

I’m not trying to say that all of these artists deserve to walk in the door and become members in ANY fashion people. In now way do I sit here and write this and boast that they should be inducted without a plethora of performances under their belt on the stage…I’m just saying that the Opry has the right idea.

Joe Diffie, Clint Black, John Anderson, Terri Clark, man there are SO MANY great artists out there that play the Opry frequently, and are a hell of a lot better choices than the crap emanating from the FM radio speakers now. There have been a few recent good choices for good members with such names as miss Crystal Gayle and Mr. Luke Combs.

I’ll be completely honest here folks, I don’t like the music that Mr. Luke Combs does at all. It just doesn’t speak to me in any fashion, but I’ll be honest it’s probably some of the best mainstream music out there. In a nutshell, this man’s  music could easily lead others to more underground music.