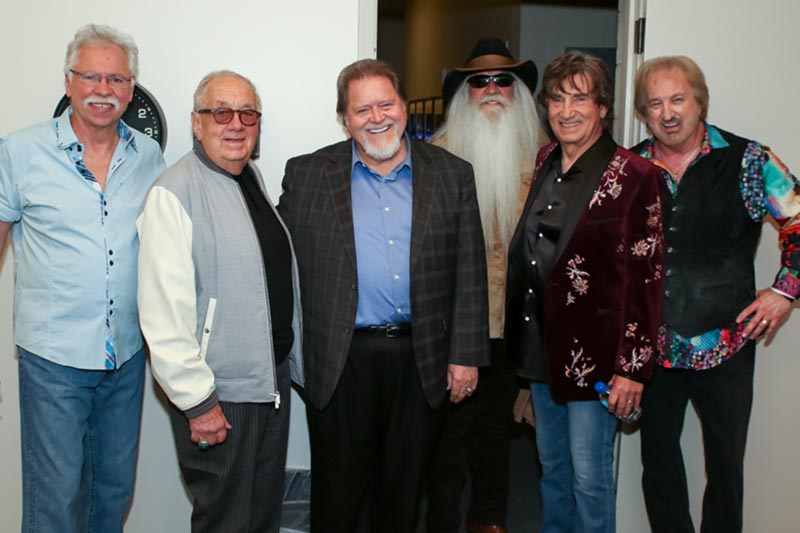 NASHVILLE, Tenn. – GRAMMY® Award-winning and Country Music Hall of Fame members, The Oak Ridge Boys are celebrating the 40th anniversary of their Grammy-winning song “Elvira” which was originally released in 1981. While written in 1966 by Dallas Frazier, The Oak Ridge Boys decided to record the song for their album, Fancy Free. The song went on to reach number one on Hot Country Songs for Billboard and reached number 5 for Billboard Hot 100. “Elvira” has continued to be a classic, played in over 100 countries, added to over 109 editorial playlists, and has reached 5 million plays on Apple Music.

“The first time we performed ‘Elvira’ in front of an audience was at an afternoon rehearsal for The Tonight Show. We were not set to perform it on the show that night, but we had just recorded it and decided to sing it for a soundcheck,” shares Duane Allen. “By the time we got halfway through the song, the producer, assistants, secretaries, sound and light crew, and all of the people who could hear us, came running over and freaking out. The Tonight Show gave us the first ‘reading’ of how ‘Elvira’ was going to be received.” 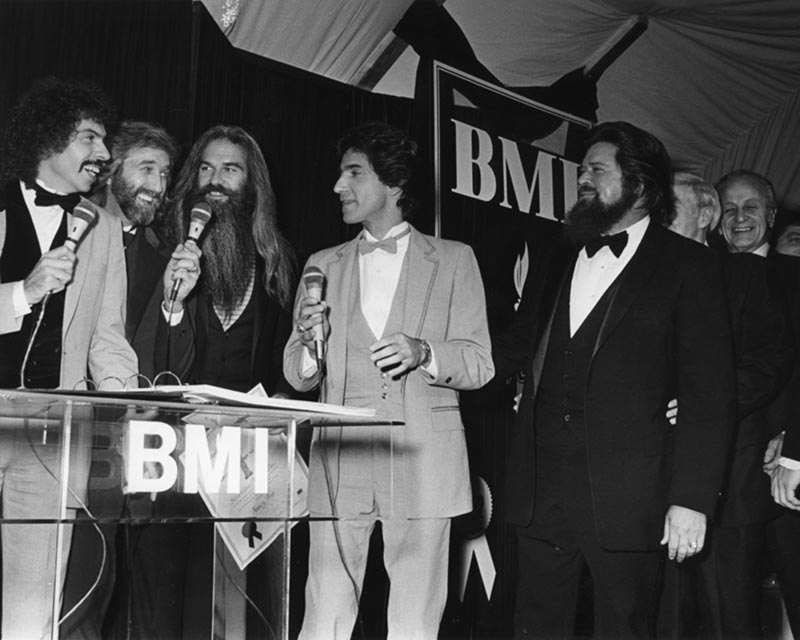 The Oak Ridge Boys recorded “Elvira” on MCA Records and in 2010 The Boot named it the Number One Catchiest Song in Country Music History. The Oak Ridge Boys have recorded and performed “Elvira” with several artists including Little Big Town at the Grand Ole Opry’s 90th Birthday Bash as well as recording an a cappella version with Home Free. In 2017, The Oaks teamed up with Blake Shelton, joining him on a live-in-the-studio version for an exclusive Spotify recording. And, in 2018, in collaboration with the Tennessee Titans, The Oaks recorded a variation of “Elvira” (entitled ‘Titans Code of Conduct’) and filmed a corresponding music video that was showcased at all Titans home games.

“It’s been said that it’s difficult, if not impossible, to fully appreciate or understand the magnitude of something as it’s happening,” explains Richard Sterban. “While that might be true in some circumstances, I can honestly say that I—and we—could not have been any more aware of what was happening to us, as we rode the crest of the ‘Elvira’ wave.”

“When the Oaks first cut ‘Elvira’, the phenomenal success it created for them blessed my quest for success as well,” beams songwriter, Dallas Frazier. “Every songwriter dreams of getting cuts like that one. They did an extraordinary job!! These guys sound just as good as they did 40 years ago. There is no doubt that standing ovations are going to follow them as long as they perform. God bless the Oaks I’m proud that they count me as one of their friends.”

The group — Duane Allen, Joe Bonsall, William Lee Golden, and Richard Sterban — are best known for their iconic and multi-platinum hit “Elvira,” along with other chart-toppers like “Bobbie Sue,” “Thank God For Kids,” “Y’All Come Back Saloon,” and “American Made.” The Oak Ridge Boys have achieved a decorated career, winning five GRAMMY® Awards, multiple CMA, ACM, and Dove Awards for their crossover brand of pop, country, and gospel music that spans multiple generations. The Oak Ridge Boys became members of the Grand Ole Opry in 2011 and achieved arguably country music’s highest honor in October 2015 when they were inducted into the Country Music Hall Of Fame.

About The Oak Ridge Boys:
The Oak Ridge Boys have sold over 41 million units worldwide and are synonymous with “America, apple pie, baseball, and country music.” In addition to their awards and accolades in the country music field, the Oaks have garnered five GRAMMY® Awards, nine GMA DOVE Awards, and two American Music Awards. The group— Duane Allen, Joe Bonsall, William Lee Golden, and Richard Sterban, members of the prestigious Country Music Hall of Fame (2015 Inductees) and the Grand Ole Opry (since 2011)—is known worldwide as one of recording history’s most extraordinary musical successes. They have charted single after single and album after album—gold, platinum, and double-platinum, and more than 30 Top 10 hits, including No. 1 chart-toppers “Elvira,” “Bobbie Sue,” “Thank God For Kids,” “American Made,” and “Y’All Come Back Saloon,” among dozens more. For more information and to view upcoming tour dates for The Oak Ridge Boys, please visit oakridgeboys.com.