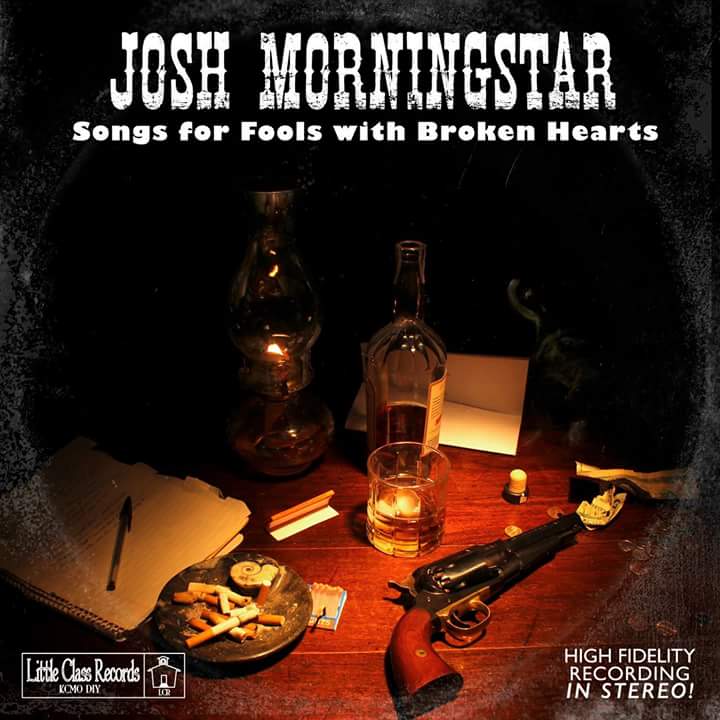 Hey folks right now we are ALL with broken hearts from the loss of our friend Jon Hensley. I just saw Mr. Joshua at the service last week and we didn’t talk about the album much because we were there to mourn and to remember him. Pay our respects we ALL did in our own way. What a truly beautiful service it was and from this day forward Colonel Jon Hensley shall be on the sidebar there.

Last night in my mailbox I got a package from one of my best friends in the music industry Joshua Morningstar and that link will take you to the pre-release news. I must hand it to Jody Hendrix and Little Class Records for doing one hell of a good job on his new album. It is WELL produced by Drew Burasco and the entire album is truly a treat and has earned a spot on my TOP albums of 2015.

STORIES…man Mr. Joshua and I have them, and our other buddy Mr. Kenneth Marr. We have them…sad ones, and funny ones. And most of them started up on a mountain on a cold weekend in Altamont Tennessee. We come from there us Altamont Originals, and that is where I relaunched this website from. I stopped it for a little while to go work for someone else and she banned me from even MENTIONING Shooter Jennings so I quit working for her and launched a NEW beginning here.

“As Long As You Ain’t Coming Back” was a song I remember from a long long time ago as he performed it up there and I witnessed history being made. I never dreamed I would be honored enough to see him grow to this level of performing and how much loss we as friends would suffer. Hell in just a little over two years of knowing one another we lost Jon Hensley and Wayne Mills in our lifetime. We are too damn young to know this many dead people for sure.

As I said before this album is a concept album bearing songs from three different “acts” with Mr. Joshua only writing four of the songs himself but the songs he chose to place onto the album fit perfectly in the spectrum of things. It starts out with “She’s Gone Gone Gone” by songwriting Legend Harlan Howard and goes into one of his own songs “Crying Eyes Of Blue”.

Songwriting and Producing Legend Billy Don Burns is having some legal problems right now but is on the better side of them and I have been keeping up with him. This album contains TWO songs of his called “Motel Madness” and another REALLY good one called “Hank Williams Woman”. I love Mr. Billy Don Burns a whole lot and I have a bunch of stories about him in his own right.

Joshua Morningstar is and always will be one of my best personal friends I will ever have in the music industry. He understands me and loves me for what I am, just a music fan with a website that supports him. I have my past and I left it behind me like he did. Who we were years ago is gone and that’s cool “As Long As You Ain’t Coming Back”…
This one’s for you Mr. Joshua..Goodnight.