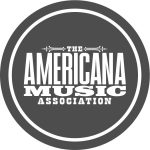 Ok folks this right here is the first round announcement of 85 of the 150 confirmed acts of the 2015 Americana Music Association Americana Fest lineup! I just got the e mail not too long ago and I’m finally getting caught up with all my other festivals for 2015. Now this festival will work just like last year where you can buy a wristband for 50 dollars and that allows you to attend all the side shows after August 1st they will be 60.

This festival is different because it takes place in multiple venues all over the city of Nashville. There are STILL more than 100 acts to be announced in the near future and as they announce them the ticket prices rise. Now if you want to get access to ALL the parts of this show and the awards show you must buy a registry pass.

The Americana Music Festival & Conference is open to the general public and music industry professionals. Festival and Conference Registrations are now available at the reduced rate of $365 for Americana Music Association members and $465 for non-members (rates will increase to $500). Registrants receive entrance to all sanctioned daytime conference music, panels and parties, plus priority access to all evening showcase performances and one ticket to the critically acclaimed 16th annual Americana Honors & Awards on Wednesday, September 16 at the Ryman Auditorium.

You can purchase wristbands and passes HERE. So far the three venues involved are The Cannery Ballroom, The High Watt, and the The Mercy Lounge.

As far as hotels pretty much any hotel in the metropolitan Nashville area will be running specials for this event which takes place September 15-20th. The Americana Music Association does really awesome things for the proliferation of Roots music and is a non-profit organization that brings up and coming acts to the mainstream audience. I try my best to support what they do and their cause in ANY WAY I can on this website and this festival
will have a home on here EVERY YEAR. So hopefully I’ll see you there this year, I will be covering parts of this as I’m allowed to.