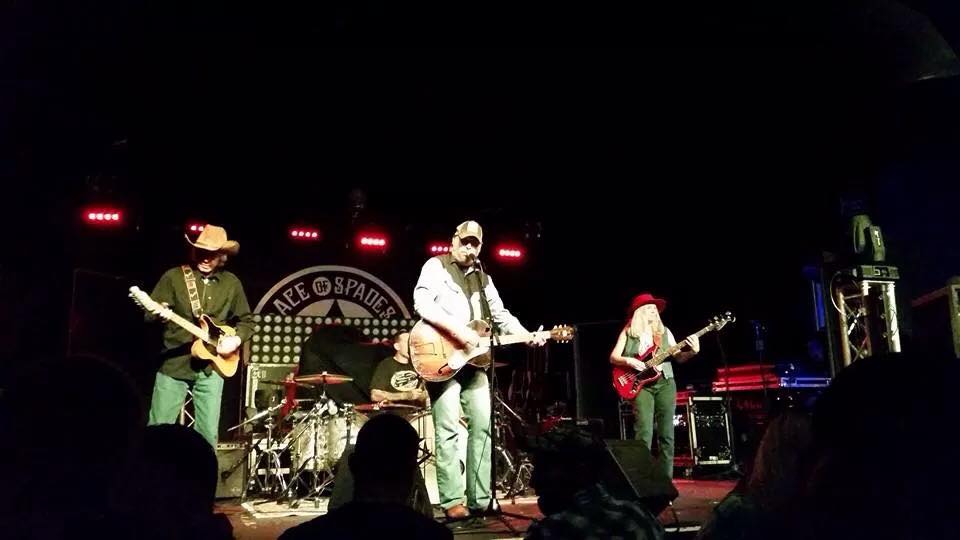 Just a few weeks ago I was sent an album called “From Wine To The Whiskey” from Cow Jack Records
that was released by Jon Emery And The Dry County Drinkers. This band has been billed as Sacramento’s
hardest working local band.
I learned about this band by writing articles for a local show in Rio Linda California called Honky Tonk For Hunger.

This is a small group of bands and artists that hold local music shows in their area and you
can attend the show by bringing in non perishable food items to combat hunger. To my understanding
you can also bring clothes or make a monetary donation.

He is a really nice guy I have kept contact with him through social media and he sent me a really
nice package with an album that I’ll tell you about. The names of the songs alone left me yearning
to stick it in my player but since I got it before starting work, I had to wait.

One of the best songs on the album in my opinion was “Clean Shaven, Sober and Celibate.
Another good song was “Shit Kickin Blues”.
He is influenced heavily by the Honky Tonk Legends of yesteryear the likes of Jerry Reed and
Johnny Paycheck yet on his own terms he is maintaining his own more modern sound and juxtaposing the
two together.

“The Last Real Bar In California” is a song from his 2005 band Jon Emery And The Heart broken and
for over five years they blazed a trail through their area and played shows.
Jon Emery suffered a nearly fatal encounter with Gall stones (Of which I am WELL familiar with)..
he had to rest and regroup after the 2009 pain.
In 2010 JonEmery teamed up with former members Ghosts Of Wyoming Jerry Lewis, Russell Ryan and
Harley Lee Walker to begin what would be called “Dry County Drinkers” before being hospitalized.

THIS FROM HIS WEBSITE:
Now being, how he describes, the only original member of the band he joined over 4 years ago,
JonEmery & The Dry County Drinkers have met success by being paired up with some of the
biggest names in Country Music like Ronnie Milsap, Commander Cody and David Allan Coe.
Regional Heroes like Red Meat, The Pine Box Boys and Helllbound Glory. Independent Icons
like Whitey Morgan And The 78’s, Outlaw Bob Wayne & The Carnies and The Supersuckers and even Unlikely Successes like Josh Gracin, Moonshine Bandits and Alien Ant Farm. Dry County Drinkers, in their
4 year stint, have been nominated 5 Years in a row for Outstanding Alt Country/Country Band by
local music recognition panel The SAMMIES, having their first nomination a mere 6 months after
their upstart. They have released 3 Demo Albums which have been featured on multiple radio stations
including KRSH The Krush, Silent Storm Radio.com, Honky Tonk Junkies.com, Highway 49 and Outlaw Country
on Siruis Radio and JonEmery started the “Honky-Tonk 4 Hunger” movement – A Clothes, Canned Food and Cash Drive to help the homeless and the hungry in Yolo County & the Sacramento Valley, now in it’s 3rd year.