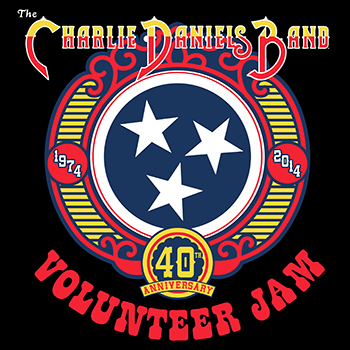 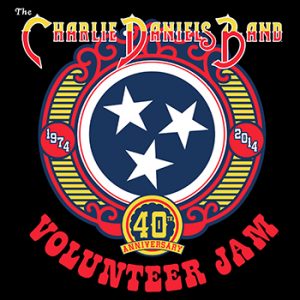 Folks 2015 shall usher in a NEW ERA for Country Music Legend Charlie Daniels.
This past fall he announced his plans to launch his popular multi act tour
Volunteer Jam. It will be a promote awareness for the Journey Home Project, which benefits
veterans of the U.S. Armed Forces.

The Nashville date has been announced as August 12th 2015 at Nashville Bridgestone arena. Now I have NO conformation right now that ANY other dates exist and I don’t have a whole slew of information at this time. I was called and asked to promote this event and accepted the invitation.

He announced his intention to return this event to the stage on September 9th
at the Palm in Nashville. The Volunteer Jam began in 1974 as a way to record a live recording session for two tracks for the Fire on the Mountain album, “Orange Blossom Special” and “No Place To Go”.

In 1979, Lynyrd Skynyrd reunited for the first time since the 1977 plane crash, with several
members of the Charlie Daniels Band. CDB keyboardist Taz Digregorio took lead vocals on
“Call Me The Breeze” followed by an extended instrumental version of “Free Bird.” In 1987
Lynyrd Skynyrd returned to the stage for only the second time, also at the Volunteer Jam.

The first actual tour was in 2007 when Charlie Daniels toured with The Outlaws
and the Marshall Tucker Band. It never happened in Nashville because of the closing of the Starwood Ampitheater in Antioch Tn.