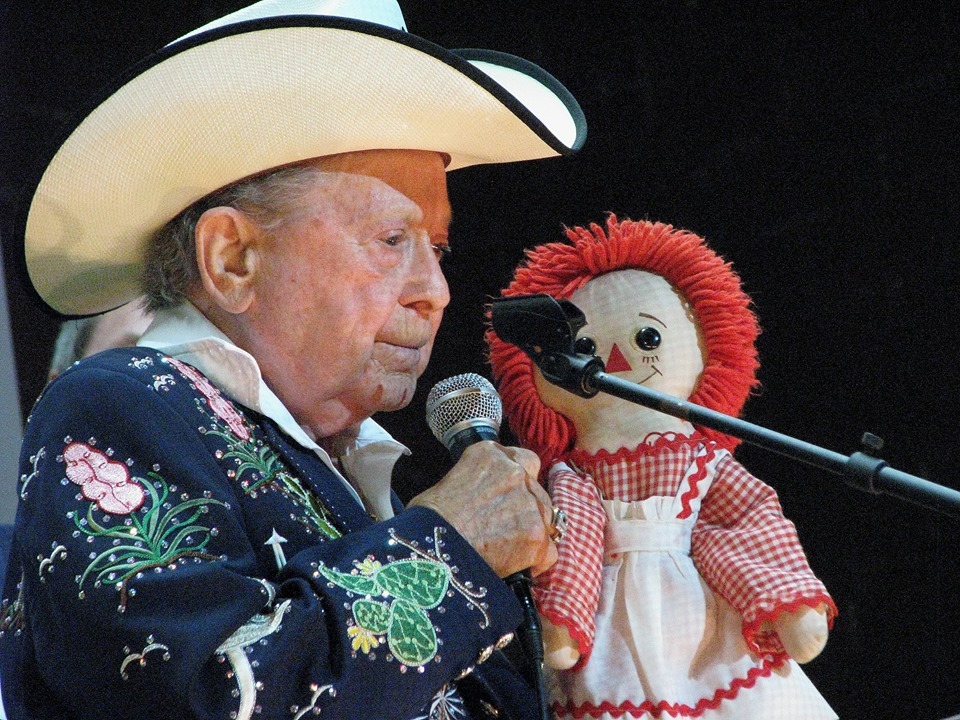 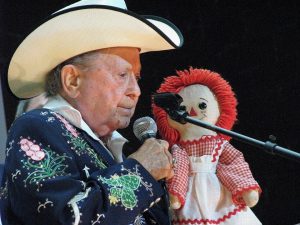 You sure were quite a doll Raggedy Ann….yes quite a doll.
I am Little Jimmy Dickens or Willie Nelson after taxes….this was a weekly ongoing joke for years
from a little hero with a big heart. He was Country Music’s most beloved Icon and EVERY Country Music
website has wrote an article for him.
He NEVER missed an Opry weekend unless he was hospitalized and physically couldn’t perform and he WAS
the prominent Opry frontman.

He was the oldest active Opry member with the death of Hank Locklin in 2009 however it is often said
he was the longest tenured member. This was (to my knowledge) not accurate because in 1957 he left
the Opry and returned in 1975 making Jean Shepard the longest running member.
STILL it does NOT take his stature away from him HE WAS the Opry he WAS the heart and soul of
the whole circle and the famed red curtain.

He was well known throughout our community of Nashville and patronized many of the businesses in the area.
He frequently came to Nashviile Palace and Music City Bar. He was one of the last Opry powerhouses to
still attend the bars of Lower Broadway.
He was 94 and recently had a birthday at the Opry…Buddy Emmons showed up!
He was unashamed of showing up anywhere in public, and being seen nor was he EVER unfriendly or
smiling.
Let’s all remember his life and legacy and the stories and memories will run through this town
for many many years.

James Cecil Dickens was born December 19th 1920 and was one of the last prominent Opry members
during the turbulent 1950s when Hank Williams shared the Opry stage.
In 1948 he joined the Opry and continued to wear his popular nudie suits until he could no
longer perform.
Dickens recorded many novelty songs for Columbia, including “Country Boy”, “A-Sleeping at the Foot of
the Bed”, and “I’m Little But I’m Loud”.[3] His song “Take an Old Cold Tater (And Wait)” inspired
Hank Williams to nickname him “Tater”. Later, telling Jimmy he needed a hit, Williams penned
“Hey Good Lookin'” specifically for Dickens in only 20 minutes while on a Grand Ole Opry tour bus.
A week later Williams cut the song himself, jokingly telling him, “That song’s too good for you.

In 1983 he was inducted into the Country Music Hall of Fame.
In 1964 he had his first top ten hit with “The Violet And The Rose” and his first number one
hit was “May The Bird Of Paradise Fly Up Your Nose” in 1965.

Toward his later years he was featured in Brad Paisley’s video “I’m Gonna Miss Her”
where he was fishing in a boat and the joke was that he was so small you couldn’t see
him in the boat..but his arms reeling in fish.
Jimmy Dickens was a prankster and frequently dressed up in costumes and stood on chairs,
always telling short jokes and jokes in general on the Opry.
He is credited for introducing tens of thousands of acts to the Opry stage and hosted many
segments of the Opry.
In 2012 he graced the stage of Muddy Roots as he was featured on the festival and met with
great regard by the audience.

On Christmas day he suffered a heart attack and died January 2nd in a Nashville hospital.
You can view his obituary HERE