Nashville Boogie Vintage Weekend Day 1: Part 2: WHAT You are out of PBR? 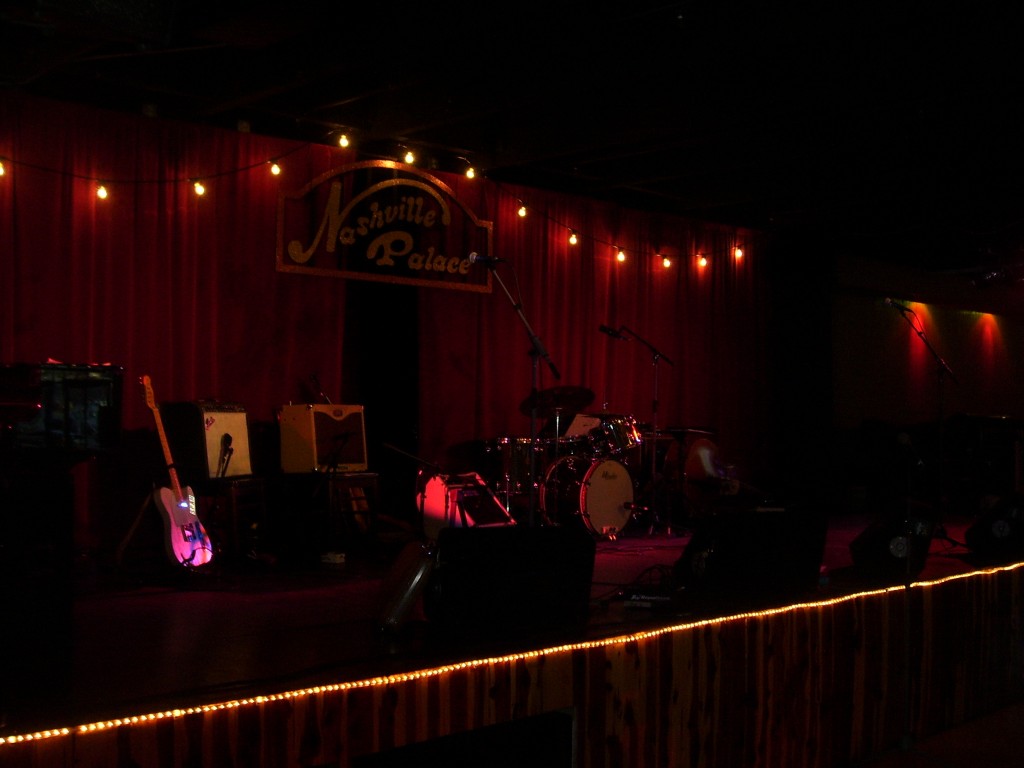 Lucky Tubb was the next act on the first night and the place was filling up with people fast. I had a good booth up by the back bar in the front and it was padded which is just what my old body needed after all that walking all day. Now it was indeed noisy in the bar and I think they were about to break a fire code with attendance but I really had a hard time hearing Lucky Tubb. There were three acts this weekend I had a problem hearing..lucky Tubb, The Frantic Rockers, and Bloodshot Bill. Really bad vocals and I couldn’t hear them very well. I’m not technical enough to say who’s fault it was but I just couldn’t make out some of the songs.

Most of them I could make out what he was doing and I was hoping he would play some of his material from his very hard to find first album. I also hoped I would find more items at his merchandise booth, both of which were a letdown. I already had both items he had to offer and I felt like I couldn’t pitch in for his gas money it goes both ways for artists. They have to make an investment into offering product for me to buy, but honestly I thought maybe his person that runs it may have failed him. I do not know the official circumstance so I cannot really blast him in any way.

He played “Walking The Floor Over You” which of course was an Ernest Tubb song wrote and released in 1941. One of his original songs he played was “I make bad decisions when I drink” or if it is a cover I stand corrected on that note. I have never seen his set before and I think I would have enjoyed it more with a steel player but I do realize how hard it is on the road. Two of the cover songs he did I really enjoyed were “Oh Lonesome Me” by Don Gibson and one that BR5-49 used to play by Moon Mullican called “Hey Ho A Lina”. Honestly I have even heard Hank Williams Sr. record that song, on the recently released live album.

“Sweet Sweet Kisses” was next and that was indeed a good song in this set he did that featured some great guitar work. He really jammed a good job on Warner Mack’s song “The Bridge Washed Out”, that is a song not many people play and even less people recognize. He followed that one up with “Thanks A Lot” written by the great Eddie Miller who also wrote “Three Cigarettes In An Ashtray” for Patsy Cline. He then closed his set with “Cow Town Boogie” and the title track from his album “Damn The Luck”. All in all I still enjoyed his set despite the sound and not being able to hear it well. I had trouble with the vocals from Bloodshot Bill and the Frantic Rockers too.

THE NEXT BAND I have featured many many times on this website, HARD WORKING bunch of guys. In fact they left that night for a Michigan show THEN ended up BACK at the Boogie Saturday night! I was FLOORED to see Mr. Geoff and Mr. Ronnie Crutcher there. These four guys tear up stages all over the country and they whip crowds into one hell of a twister of craziness…and this time to help them they had a gal with a saxophone! And to answer your question NO they didn’t play my personal favorite “Big Dan”.

THEY DID open with “Jibber Jabber” before playing some cover songs and going absolutely nuts. Then after going into their song “Heartburn And Heartache” that is an original they played a Buddy Holly cover song. I tell you what I’d pay to see this band play anytime anyplace. They don’t need fancy bells and whistles they just JAM and do not try to keep tabs on Nick their lead singer cause he does not sit still for any less than three seconds.

“Dog On A Chain” was next followed by one of my favorite songs “The Hole”. I must say it’s my second favorite song they do that is an original song. As I mentioned beforehand these guys are going out on the road with Yelawolf to play some dates this summer and before they left us they went into “Shoe Leather” and a song called “Plain To See” before ending their set with what I consider their Anthem “Tennessee Stomp”. They bring out the Tennessee flag and go bonkers up there and as they finished the crowd finished pouring in the Palace. The amount of food coming out of the kitchen and passing my table was out of hand, and I know they exceeded their drink sale expectations because I was told by many people they got drank out of Pabst. Because I tried to buy one!

Now I’m speechless sitting there at my table with two buddies of mine..HEY Tim Madden America moves by truck now you are famous getting mentioned. Thanks for your work buddy! I was absolutely blown away by this next band The Planet Rockers and I’m going to say HANDS DOWN in MY opinion they were the best act of the whole festival. This band has an image with their guitarist Eddie Angel and their lead singer was like a Rockabilly Lemmy Kilmister! This is a rough looking bunch of guys and let me tell you, they ARE Rockabilly Legends! I have heard of them but I never got to see them live before and I have always enjoyed their music but to SEE THEM play is absolutely epic!

They just got up on stage and started pounding the audience with their opening song called “Big Wheel” and they didn’t do too much talking, they didn’t need to. I’m sitting there wondering HOW four guys can make this much energy up there. They didn’t go wild like Hillbilly Casino or the Paladins but like talking..they didnt need to. You know how George Strait can stand there and JUST PLAY…well the Planet Rockers did just that. They completely kicked ass and their next song was “Spin My Wheels” followed by “King Fool”.

This band has a boatload of Nashville history behind them, and most of it ties in with our beloved used record shop on Nolensville Road called Phonoluxe. The lead guitarist Eddie Angel was disenchanted with how poorly he was faring in the music business in the early 90’s and was convinced by Mike Smyth the owner NOT to quit. His well renowned record collection inspired Angel to move forward and eventually ran into lead singer Sonny George at the store.

I remember they played Muddy Roots in 2013 but I missed them that year and they play a lot of festivals because I see them on a lot of my lineups. Their next song was their best and it was called “One’s All The Law Will Allow” it was a jam packed barrage of guitar solos and the lyrics were just bad assed. They followed that song with “Truck Drivers Rock” and another called “Yes I Do”.

They played one called “Tennessee Woman” and an instrumental they called “Red Haze”. Their next song was an old Robert Mitchum song called “Thunder Road”. I am ashamed of myself for never pulling myself over to stop and listen to these guys play. But better late than never..right? They closed their set with “Troubled Times” followed by “Big Daddy” and “Bull By The Horns”. I have to say hands down The Planet Rockers ROCKED my whole weekend before it
even got started and I will be featuring them again soon.