New Live Album From BR5-49 At The Astrodome. 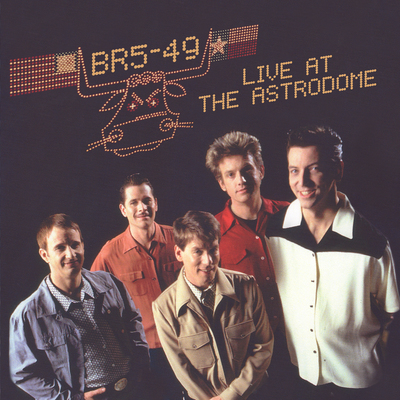 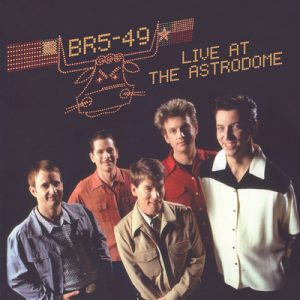 Last year it happened at the Country Music Hall Of Fame, the original classic lineup of BR5-49 reunited and performed all their old hits again. They were a tight nit unit once again proving they haven’t lost their knack to rile up an audience. Here lately they have been releasing more and more albums and DVD’s for us to enjoy from their heydays on the road.

They started in the late 90’s on Lower Broadway at Robert’s Western World and they built a national audience, people were coming to town in droves to see their hellacious sets of four to six hours of total chaos. Their musicianship was unmatched by none especially the extra talented Don Herron who played the steel guitar for them with a sound that was real unique but not only that he played it with a fiddle stuck to his chin!
He would sit and play steel and then rise up and play fiddle in the same song. Sadly his offer from Bob Dylan was what led him to leave the band in the later years.

The band went through some lineup changes in their reign of terror on Country Music with upright bass player Geoff Firebaugh taking over for “Smilei’n”Jay McDowell and Chris Scruggs taking over guitar duties for Gary Bennett who also left later on. The band went on to have a third bass player before disbanding for good.

They were famous for taking songs from Country Music history that were so traditional and old the general public didn’t know they were not original songs. One of their first songs that received national airplay was “Cherokee Boogie” made popular by Moon Mullican and also recorded by Hank Williams and more. Eventually they became one of the hardest working road bands of the century sometimes playing for months at a time, and their sets became legendary among local clubs for being 4 to 5 hours long.

There is TONS of live footage and recordings available from this band and this new recording is one of the best I have heard yet. It was recorded in 2000 at the Houston Astrodome and it has the following songs on it:

You can purchase this album by going HERE to their website through Facebook.
And there are so many other great products in their store to pick up. I had a wonderful time shopping for their albums that have been slowly released.

They have performed with Old Crow Medicine Show at the Fontanel Mansion in the last few years and they tore the place apart. To see these five original guys perform together is truly a real treat and on this album you can honestly hear the fun they were having those four years hard on the road.