News From Little Lesley And The Bloodshots. 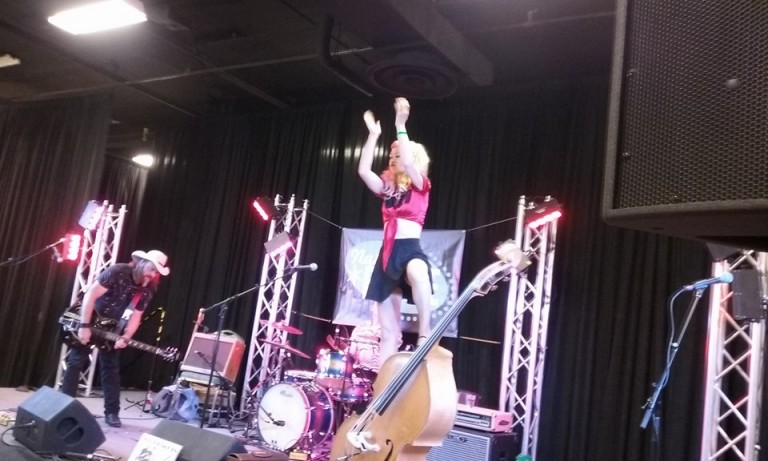 It’s been spring of last year that I have crossed paths with Rockabilly band Little Lesley And The Bloodshots from up there in New York, however I’m pleased to announce that The Muddy Roots Nashville Boogie has added them to their festival list for 2017 as well. Here’s a little rundown of MY MAY for you, I’ll be at Moonrunners in Chicago and also supporting Crooked Smile in spirit the second week, also the Nashville Boogie the third week AND THEN I’ll be hosting my own stage in Kansas City at Westport Roots that last weekend. So I’ll be covering their set this year as well as last year!

They have released a new EP and some videos that I wanted to share with you as I keep an eye on what they do, honestly I do not get the opportunity to cover as much Rockabilly as I’d like to with such a wide coverage of different genres I have. Western Star records have released their new album from the United Kingdom, and you KNOW they ONLY put out good stuff.

Now mind you folks,I’m not into 45’s as much but I shall most likely buy one at the show, I do have it on digital stick and I finally got a chance to sit down and write an article for them because I wanted to wait for the video so I had a little more meat for an article.  This EP has four really good songs on it, they played a few of them last spring during their set.

The band also now bases things out of South Carolina as well and this band just absolutely brings a fury of sound upon you when they annihilate the stage. They have been out on the road playing many shows this fall and winter and I’m truly looking forward to covering their set this spring in Nashville.