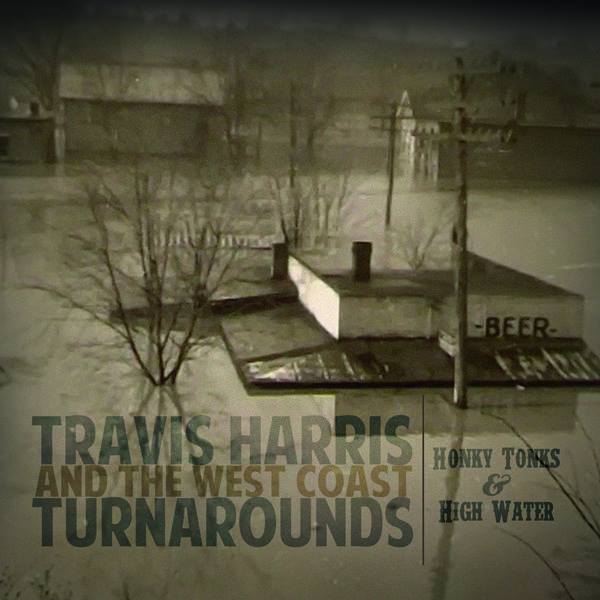 Alright folks I’ll start out this article by being completely honest..I have had some medical issues that personally needed to be tended to before I could continue to cover local music to the caliber of my ability. And now, I prepare to continue doing what I do folks. I have to take care of ME before I can continue to bring YOU the best coverage possible. This show happened in the beginning of June and I am sorry that it took me so long to create it, I am also equally sorry I forgot my camera and have no pictures of the show. I apologize to The West Coast Turnarounds and Kara Clark and also to the Spillway.

I want to begin by saying this: Travis Harris And The West Coast Turnarounds are one of the best bands I have heard in years and I honestly apologize I haven’t shared them with you earlier. Their management welcomed me with open arms and was very nice to me during the show.

Kara Clark has always been a household name on this website. She is a personal friend mine that is especially loved because she loves my friend Mr. Jared. He is happy and knows he is lucky and his happiness is my comfort as a friend. To see that in someone you care for makes you happy. I do not get to see them as often as I’d like to however I know they are where they belong..together. Miss Kara always puts on a really awesome show and her new album is really good.

She opened her set with “Lonely” and this time she played and the power stayed on. This time she played by herself which is good with me because I enjoy her show either way. One of her older original songs called “Living Proof” was next and she followed that song with one of my personal favorites called “Relapse”. The words to that song mean very much to me as a person. True, she does not do as many shows as many road warriors in the music business but she has reasons, and I truly admire her for those reasons.

She began playing some of her new songs from her new album “The Key”. The first song was called “Bulletproof” and she followed it with another new one called “Bottom Of It’. The new album is pretty darn good and I have been listening to it quite a few times lately. I’m using music to help me with my personal problems (like always) and her final song on this set was “Devil Don’t Cry”.

From the very moment Travis Harris took the stage that night I was absolutely captivated and they grabbed my attention right away. Despite the fact that their first songs of their set were covers they chose some very rarely heard covers and that is something I look for in a band. Their first song was “Lonesome Ornry And Mean” but one of their first songs was a song made popular by another band that made obscure cover songs famous, BR5-49. That song was called “Honky Tonk Song” and it was originally recorded by Webb Pierce and they followed that by “Walk Softly” that was made famous by The Kentucky Headhunters.

The time came for what I have been wanting that whole night: some of their originals. And to be honest the first one I noticed was one of my favorites called “High And Then Some”. Right now they have had some lineup changes but I firmly believe that their current lineup is beyond impressive. They have a young talented band full of fire, the steel guitarist has a sound all his own. He OWNS the stage and the band plays like a well oiled machine with a lead guitarist that completely blows your mind.

They went from “Are You Ready For The Country” to playing “Tulsa Time” recorded by Don Williams. But going back to what I last said about obscure cover songs they played “Time Off For Bad Behavior” wrote by one of my heros Bobby Keel. It was recorded by Confederate Railroad for their first album, self titled.

They went on to continue with “Dirty Red Bandana” a really great original song and they played “One Woman Man” made popular by George Jones. Their second set began with “Six Days On The Road” from Dave Dudley who was not a very well known Country Legend from a mainstream standpoint. They also played Sturgill Simpson’s song called “Long White Line” which is one of my favorite songs Sturgill does and they followed it with Hank Williams Jr’s song “Women I Never Had”. “Prosperity” was another one of their original songs that was in the set it’s not one of my favorites but the whole album is truly good.

They played two NEW songs that will be included on the new album called “Fire” and “Bring It On (Bring On The Whiskey). They followed those by two songs I requested called “Bardstown” which is truly my favorite song on the album and another called “Codeine”, If you go see them live yell out for those two songs. They played another cover song that I really enjoyed by Joe Diffie called “Prop Me Up Beside The Jukebox” and closed their set with “I’m Over You” and “Mountain Dew”. Mountain Dew was a song written by Lamar Lunsford back in 1928 and there are actually two versions of this song about running moonshine. It was made popular by Louis Marshall “Grandpa” Jones.