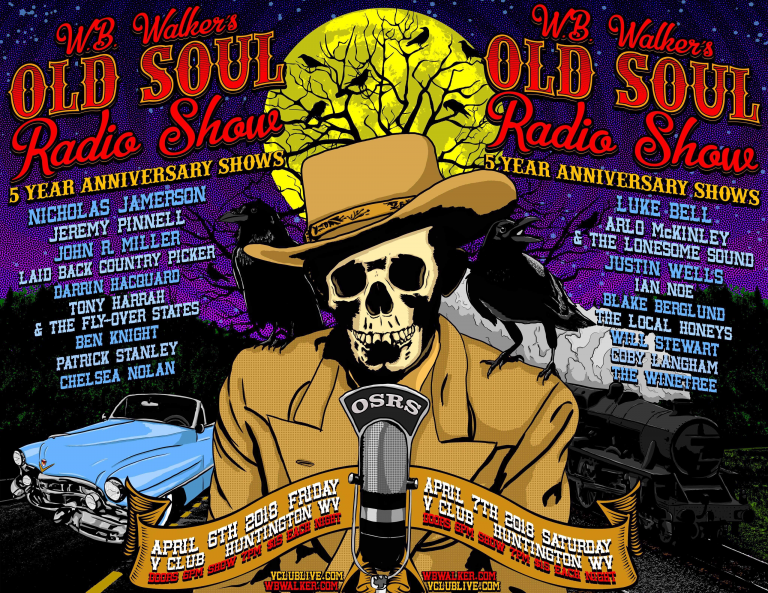 Well for those of you that don’t know the story behind our friendship I’ll re tell it to the best of my abilities here. One night I was just piddling on the computer learning this host I use to host my website. I knew VERY LITTLE about HOW to go about expanding my knowledge onto print here, or how to proliferate my website. I knew NOTHING about marketing or reading analytic charts, but I was just beginning this website here.

This guy named Mr. Brandon Walker messaged me on Facebook about a Hank Williams Jr. album, he was referred to me by Mr. Chris Miller who does the Blue Ribbon Radio podcast. He began telling me about this idea he had, and who he was going to feature…I started giving him more fuel with bands. Some of them he liked and some he said he wouldn’t walk across his front yard to listen to. I thought man this guy is passionate about what he likes, but doesn’t publicly bash what he doesn’t. He leaned more towards Americana and Appalachian artists I knew VERY LITTLE about.

He started telling me about this kid named Tyler Childers, and I mean this was just a little goofy looking kid that wore bow ties, and to be honest you wouldn’t suspect a voice that powerful could emanate from this kid. He started telling  about this podcast he was doing, and I returned the ideas with this website. We started collaborating with each other more, and supported each other from the start by putting each other on our website sidebars.

He had a one year anniversary podcast on his couch in his living room, and I wrote about it on this website. And every year in consecutive I wrote features for him, and at the bottom there I’ll put links in so you can read how much I HAVE GROWN as a writer, along with how much HE HAS GROWN into what I call “The Paul Harvey Of Podcasters”.

His year one show featured Tyler Childers and a few others like his wife Miss Senora Mae. It was very basic and young, but it was the start of something BIG..it was the birth of  THIS event here. You can click on any of those past four years and read about what transpired there.

Now the venue is the same as every year this event will transpire at the V Club in Huntington West Virginia and here is this year’s lineup in separate links, now folks THIS YEAR it is a two day event. This is the first ever of it’s kind, so let’s enjoy this one. here are the band links:

I remember the first time I went up to Cosmic Charlie’s in Lexington to see Mr. Justin Wells and the Fifth On The floor guys play their last ever show, and I got to see Mr. Tyler Childers play. HERE is the 2015 article you can read about it there.  I look forward to have more past stories and relations with some of the upcoming artists that Mr. W.B. Walker features. AND HEY episode 188 is a gigantic preview of the artists included and you can listen to that HERE.