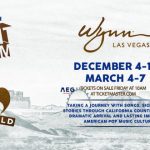 Mr. Dwight Yoakam is well on his way to becoming a Country Music Legend if he isn’t already there now. However this year and next year he will become something else, a teacher. He has always been an integral part of what is left of the Bakersfield Sound, that famed West Coast version of Country Music that still exists today in sporadic bands across the California and Arizona local scene.

I have been a HUGE FAN of Mr. Dwight Yoakam now since I was kid growing up in the 80’s, with my favorite album being “If There Was A Way”. In my opinion that album is stuffed full of obscure B side songs that if you REALLY LISTEN make that album an iconic one.

This man took it upon himself to bring Country Legend  Mr. Buck Owens back into the limelight by recording his own version of the Homer Joy classic “Streets Of Bakersfield”, and included him on the video and song, thus bringing him back out into a whole new audience of fans.

This residency brings eager fans closer to the famed style of music that is relentlessly studied by many, and snubbed by others, in many ways. What I find completely extraordinary about this project is how thorough and in depth it is, for being so quickly drafted into form. Here is how YOU can take part in the performance if you live in the area, or choose to travel there. 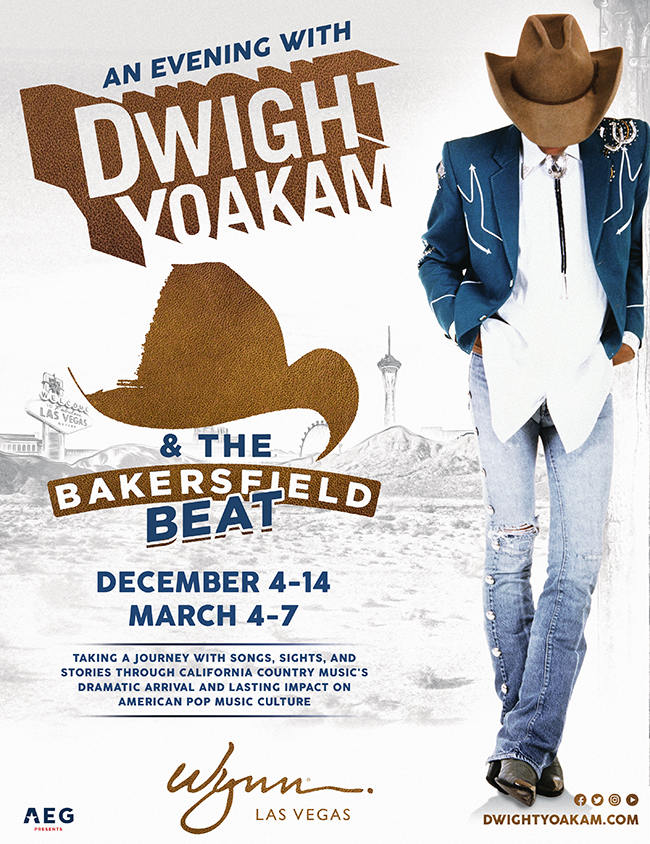 Dwight Yoakam has sold 25 million albums worldwide, and now this GRAMMY-winning entertainment icon will make his Wynn Las Vegas debut with a six-night residency, An Evening with Dwight Yoakam & The Bakersfield Beat, at the Encore Theater. Guests can expect to take a journey with songs, sights, and stories through California country music’s dramatic arrival and lasting impact on American pop music cultureWednesday, Dec. 4 – Saturday, Dec. 14.

Beginning with the Dust Bowl Era, Yoakam will take the audience on a musical excursion exploring the history of the sounds associated with Bakersfield, Calif. through songs and storytelling in this exclusive residency. Yoakam will perform a variety of the music that influenced and created the “Bakersfield” and “California Country-Rock” genres of country music from their early beginnings to their commercial zenith, in addition to his own original music that was shaped and influenced by this legacy. The unique showcase will reflect the concepts that created his self-curated SiriusXM channel, Dwight Yoakam & The Bakersfield Beat. These and other influences have inspired Yoakam throughout his career, highlighted by 12 gold albums, nine platinum or multi-platinum albums, and nearly 40 singles on the Billboard charts. And now Yoakam brings his dual mastery of songwriting and storytelling to the Encore Theater, weaving a musical journey audiences are sure to remember.

Before or after the show, combine your ticket to Dwight Yoakam & The Bakersfield Beat with a specially designed menu at one of four award-winning restaurants at Wynn and Encore.