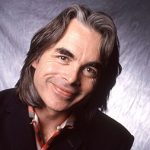 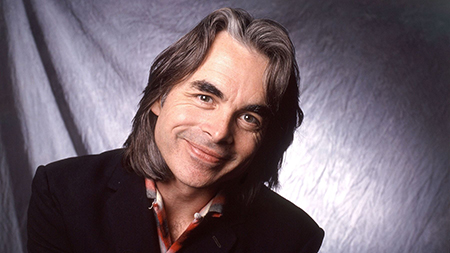 Hit Country singer of “Small Town Saturday Night,” Hal Ketchum, pased away on Monday night at age 67 as a result of complications from dementia. His wife Andrea confirmed the news on Facebook Tuesday.

Ketchum, a member of the Grand Ole Opry, released his debut album for Curb Records, Past the Point of Rescue, in 1991. The album produced four country Top 20 singles: the Number Two-charting classic “Small Town Saturday Night,” “I Know Where Love Lives,” his version of the Mick Hanly-penned title track, and producer Allen Reynolds’ “Five O’Clock World.” It would be his highest-selling album, eventually going gold for sales in excess of 500,000.

“I am saddened to hear the news of the passing of Hal Ketchum. He had such a distinctive voice and way of delivering a song. He was also a very nice man and wow, could he snow ski!! I will cherish the day I spent with Hal and Charlie Daniels the day we shot the video for the Long Haired Country Boy remake at Charlie’s place. If you watch the video and you think we must have had a lot of fun you’d be correct. It was a great day and will be forever a fond memory.” –John Berry

“Very sad to hear of Hal’s passing. His poetic piece about becoming a member of the Grand Ole Opry was so touching. He will certainly be missed.” –Jeannie Seely

“Hal’s debut in country music was explosive. Unique-sounding singer, prolific and commercial songwriter and drop dead handsome, Hal presented as the total package. As an instant fan I requested and received the opportunity to interview Hal for an article in Country Song Roundup magazine. We covered a bunch of topics, but kept returning to songwriting and his process of inspiration. “When I’m preparing to write for a new project,” he explained, “I feel myself seizing up emotionally, and I exorcize all of it by writing”. In contrast to exploring the depths of his artistry, we had a few hearty laughs, too. Hal was honest and open that day, and I liked him a lot.” –Steve Goetman, Exile

“I remember one year when Gerry House was promoting Oktoberfest and as a joke he challenged Hal Ketchum to come play live in the studio in a pair of lederhosen to yodel for the audience. It was off the cuff and on air and we had no idea Hal had heard until he just showed up wearing full German attire with knee socks, suspenders, leather shorts and an accordion.  I seldom saw Gerry House bested with a joke but this time he was. Hal sang and laughed with us at himself and the joy of life. He was brilliant. He had a voice he kept pristine throughout his career and dashing good looks that matured like the finest wine. But his laugh…his smile…his humor will always be my fondest memory of him. Our world is dimmer today without Hal’s smile.” –Devon O’Day host of Main Street Today and Devon O’Day’s Nashville

“Hal Ketchum was a singers singer. One of the nicest guys in the business and I so enjoyed our conversations about history. I can’t say enough about how cool he was on and off stage. I will be cranking up my favorite song of his today! Do yourself a favor and listen to “In front of the Alamo” and you’ll know what I mean. Rest easy my friend.”  –Tim Rushlow

“Love to Hal and all his family. He was a brother.” –David Ball

“I met Hal thru the Allen Reynolds group at Jack’s Tracks and was lucky to do some shows with him. At the 1st 30A Songwriters show we did, he sang “Stay Forever” a cappella and it was one of the most beautiful things I’ve ever heard. He will be missed. My condolences to his family.” –Kent Blazy

“Wow, what a year to lose another amazing artist of the 90s. Small Town Saturday Night was just one staple of many great songs Hal released. Regards to his family and friends and thank you for all of your iconic music.” –Lockeland

“I was saddened to hear of the passing of Hal Ketchum today. I was blessed to be raised with nineties country icons such as Hal, and am forever grateful for his musical influence.” –Noah Garner

“I’m so saddened to hear about the passing of Mr. Ketchum. Although I never met him, he and his music were a huge part of my life. Growing up in a small town, “Small Town Saturday   Night” became one of the theme songs of my life. He will be dearly missed! –Dallas Remington

“Today the industry lost another icon!! Hal Ketchum was one of those really cool guys with his own style. I  listened to him often back in the day. R.I.P Hal.” –Mickey Lamantia

“I am so sad to hear of the passing of Hal Ketchum. Our Country music world for sure lost a legend. Although I was only born in the late 90s, some of my favorite artists and influences come from 90’s Country. “Small Town Saturday Night” has always been a favorite of mine. Hal’s memory will live on forever through his music and all he inspired. My heart and prayers go out to his family and friends.” –Dani-elle Kleha