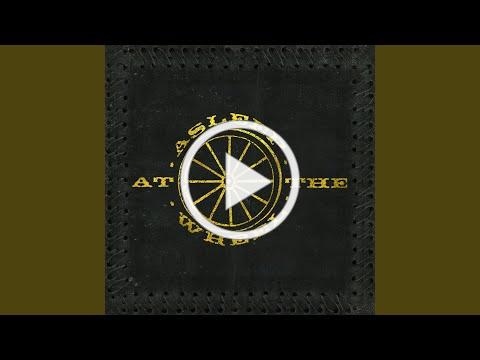 I wanted to first write a few things about this epic band here, called Asleep At The Wheel, and how they are relevant to me today. Throughout their extensive career ( which like the title states, has indeed been 50 years long ) this band has boasted an ever rotating stable of talented musicians. Many bands like them have had that same format as well, like the Nitty Gritty Dirt Band, and The Time Jumpers.

Anybody that considers themselves a jannisary of Texas Country Music knows to site them as forefathers of the genre, as well as the fact that Mr. Ray Benson is a walking, talking encyclopedia of local Texas music!  He hosts a video show called “Texas Music Scene” where you can learn about some fantastic bands coming from the Texas area ( and some from Oklahoma as well ).

Some of my favorite periods of theirs was with Miss Cindy Cashdollar on steel ( which was 1992 – 2002 ), and the one album that Mr. Junior Brown did with them called “Pasture Prime” in 1986. However on this new album a few old members have returned to embellish this album to greatness. There have been so many lineups and variations to their roster, yet they always sounded perfect.

My dear friends, I cannot express my love for Mr. Ray Benson and what this beloved band means to me as a man. I mean, next week I will be 52, and I cannot count how many times I sat in my room as a kid, and get lost in this band’s albums. Music like this raised me and it heavily influenced me, and I believe I am a loving and responsible man because of this music.

This newest album offers a metric ton of guest appearances and some old members have returned for a limited time appearance for this project. Many of the songs on this album are previous hits, however the title track is a new song, and there are a few other ones new. Here is the official press release:

Asleep At The Wheel To Release New Studio Album Half A Hundred Years
Featuring Willie Nelson, Emmylou Harris, George Strait, Lee Ann Womack, Lyle Lovett, and more; Hear title track “Half A Hundred Years” now
August 6, 2021 – Austin, TX – There’s no mistaking the pride in the voice of long time Asleep at the Wheel front man, Ray Benson, when he sings “Start the jam, roll one up, and ice another beer. I’ll tip my hat and raise a toast to half a hundred years.” The revelrous, to put it lightly, refrain of “Half A Hundred Years” is the icing on the birthday cake for Benson and his band who are ringing in their 50th anniversary with a brand new album on October 1st, 2021. Sharing a name with this first single, Half A Hundred Years is a nineteen-track celebration of Asleep At The Wheel’s half-century-long career, filled out by a number of world-class friends of the band; a guest-list testament to Asleep at the Wheel’s reputation as a cornerstone of American music for the last 50 years. Greats like Willie Nelson, George Strait, Emmylou Harris, Lee Ann Womack, and Lyle Lovett appear throughout Half A Hundred Years on a host of classic and destined-to-be-classic Western Swing and Country tunes. Fans can listen to “Half A Hundred Years” now at this link and pre-order or pre-save Half A Hundred Years ahead of its release on Home Records in partnership with Thirty Tigers right here.
“I went over to the ACL stage to see Jamey Johnson,” says Benson, recalling the spark that led to this new song. “I told him ‘Ya know it’s Asleep at the Wheel’s 50th anniversary!’ He looked at me and said, ‘That’s Half a Hundred years!’” Benson knows a great song title when he hears one, so he went home and got to writing. “I was trying to get across the sacrifices you have to make in 50 years on the road and the other positive side of it. The great experiences, the places I’ve been, and all the amazing people I’ve had the opportunity to meet and play music with.” The sentiment comes across swimmingly, with a grooving rhythm section and incredibly tight horn arrangements dancing around Benson’s familiar, friendly voice.
From day one, Benson and Asleep at the Wheel set out to bear a torch and carry the roots of American popular music into the future. 50 years later, and they’re still walking that same road. This is most evident in their cover of Bob Wills’ classic “Take Me Back To Tulsa,” the first Bob Wills song Asleep at the Wheel recorded way back in 1972. This time around, the band is joined by fellow Bob Wills and Western Swing aficionados, George Strait and Willie Nelson. Benson jokes, “To me it doesn’t get more Texan than George, Willie, and Asleep at the Wheel doin’ a Bob Wills classic!” And he’s not wrong, though Asleep at the Wheel doing their classic “The Letter That Johnny Walker Read” with Lee Ann Womack—the very next track on Half A Hundred Years—is a close contender. Additionally, three original members of Asleep at the Wheel—Chris O’Connell, Leroy Preston, and Lucky Oceans—returned after 4o years to lend their voices and musicianship to a number of tracks on Half A Hundred Years.
When it’s all said and done, Half A Hundred Years is a reminder for one to take ownership and care of the things they love, just as Ray Benson has cherished, polished, built, and rebuilt Asleep at the Wheel, and to some extent, the history and future of Western Swing music—even when the odds were stacked against him. “The one reason that I kept going,” Benson says, “is that every week a fan would come up and be so appreciative, saying, ‘Don’t ever stop. You’re the only band that goes out on the road and does this old, cool music.’ That’s when I knew it was more than just a living–that I was blessed with caretaking a form of music.”
Half A Hundred Years Tracklist:
Half A Hundred Years
It’s The Same Old South feat. Chris O’Connell
I Do What I Must feat. Leroy Preston
There You Go Again feat. Lyle Lovett
My Little Baby feat. Chris O’Connell
Paycheck To Paycheck feat. Leroy Preston
Word To The Wise feat. Bill Kirchen
That’s How I Remember It feat. Chris O’Connell
The Photo feat. Leroy Preston
I Love You Most Of All (When You’re Not Here) feat. Lucky Oceans
The Wheel Boogie
Take Me Back To Tulsa feat. George Strait and Willie Nelson
The Letter That Johnny Walker Read feat. Lee Ann Womack
Bump Bounce Boogie Feat. Chris O’Connell, Elizabeth McQueen, & Katie Shore
Miles And Miles Of Texas
Get Your Kicks On Route 66 Feat. Leroy Preston, Johnny Nicholas, & Ray Benson
Marie Feat. Willie Nelson
Spanish Two Step Feat. Johnny Gimble And Jesse Ashlock
The Road Will Hold Me Tonight Feat. Emmylou Harris And Willie Nelson
About Asleep at the Wheel: Founded in 1970, Asleep at the Wheel has been part of the American roots music landscape for more than 50 years. Although the band got its start on a farm in Paw Paw, West Virginia, Asleep at the Wheel became a cornerstone of the Austin, Texas, scene upon its arrival in 1973. Inspired by Western swing and honky-tonk country, the band has accrued 10 Grammy Awards. In the fall, a career retrospective recorded with the current lineup and a few special guests will carro the band back onto the road, where they’ve remained a staple for five decades.