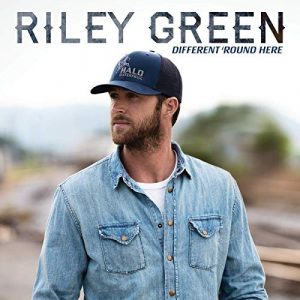 The 90’s country throwback trend is in full swing and Riley Green’s debut full length release titled Different ‘Round Here will take you back for sure.  There is some good stuff here and if country radio sounded more like this overall, I might find myself tuning back in every now and then. Let’s take a deeper dive into this one and preview a few tracks.

The album kicks off with “There Was This Girl” which is pure 90’s throwback with the twangy guitars and fist pumping beat.  This one is pure rockin’ country made for your next backyard BBQ. I also dig “Same Old Song” which is about staying the same staying true even if you’re rich.  It’s a familiar theme, but with some good songwriting that makes it fresh. Speaking of good songwriting, look no further than “I Wish Grandpas Never Died”. I love the shoutout to Steve Earle’s “Copperhead Road” in the lyrics.

Riley Green’s Different ‘Round Here is another in a long line of great debut country albums that have come out in 2019.  He has released a steady stream of EPs and singles for a few years now, and some of these tracks were on those releases, but this album works as a whole much better.  Riley Green is currently on the Get That Man A Beer Tour and dates can be found at his website.  Different ‘Round Here is streaming everywhere as of Friday September 20th, 2019.

Favorite Tracks : There Was This Girl, Same Old Song, I Wish Grandpas Never Died, Bettin’ Man, Get That Man A Beer, Outlaws Like Us