40rty Stops By to Talk About Happy Murder And The New Blood Tubs. 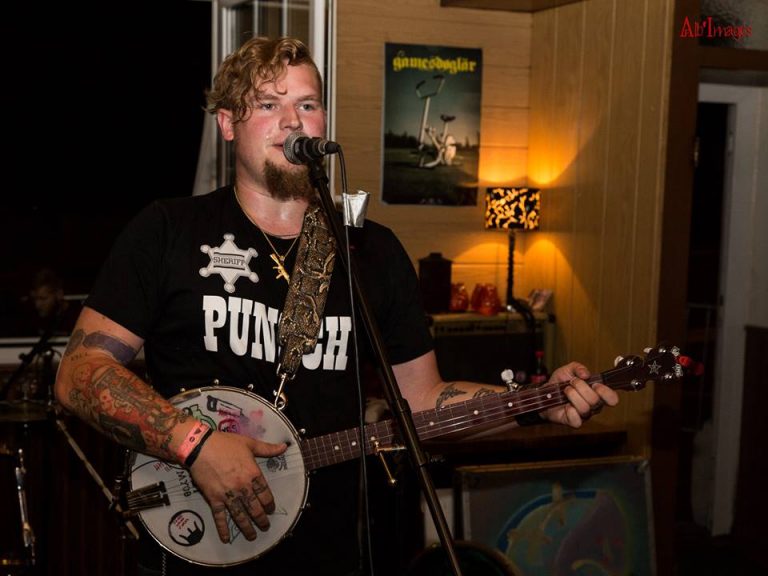 You can find out more about the New Blood Tubs Gun Club by clicking HERE for the louisville Kentucky chapter. And HERE for the Indiana Chapter.

This article turns my attention to some of the Roots Music I feature on my website, and many people don’t share my enthusiasm for this genre of music but I never cared. See those involved might not LOOK like they do, but the musicians involved in Roots Music oftentimes GREATLY appreciate and idolize the Legends of Country and Bluegrass.

In 2010 I traveled down to Cookville Tn for a festival I had NO idea WHAT to expect, and I was really afraid to talk to anybody. I remember thinking that I’m a nerd and would get beat up, oddly enough I walked away from that festival having enjoyed some truly awesome music. I also met some of the people that would forever scribe a notch within my soul and inspire my website that has become my life.

I’m NOT good with nuts and bolts or mechanics BUT I CAN tell you George Morgan died July 7th 1975. See, music is the ONLY thing I’m really good at aside from hunting and firearms. I don’t honestly know many of this group personally, however the ones I DO KNOW I have an appreciation for.

Muddy Roots Music Festival has become a staple yearly core event for this website, and many of the bands that it has featured have went on further to become featured by me in other articles. And Mr. Anderson Allen AKA 40rty is now one of those people, he recently released a new album called “Happy Murder” independently.

We recently exchanged a few messages on social media, as Mr. Anderson was recently overseas for some shows in other countries. He’s been taking part in other festivals as well, and doing full bands shows. Here is a full track listing of his album Happy Murder:

You know folks I have been hunting without missing a year of it for about 35 years. I am an avid waterfoul hunting enthusiast and bowhunter as well. My FAVORITE type of hunting however is small game with small bored shotguns like my favorite 20 gauge. It was purchased by my Grandfather out of a J.C. Pennys catalogue in the 1960’s, when department stores sold guns.

I’ll always remember MY first gun purchase. I was 13 and I earned money on my paper route to buy my first Marlin model 60 tubefeeder .22 rimfire rifle. See Marlin was heavily sold by K Mart before Wal Mart ever got popular in my area growing up.