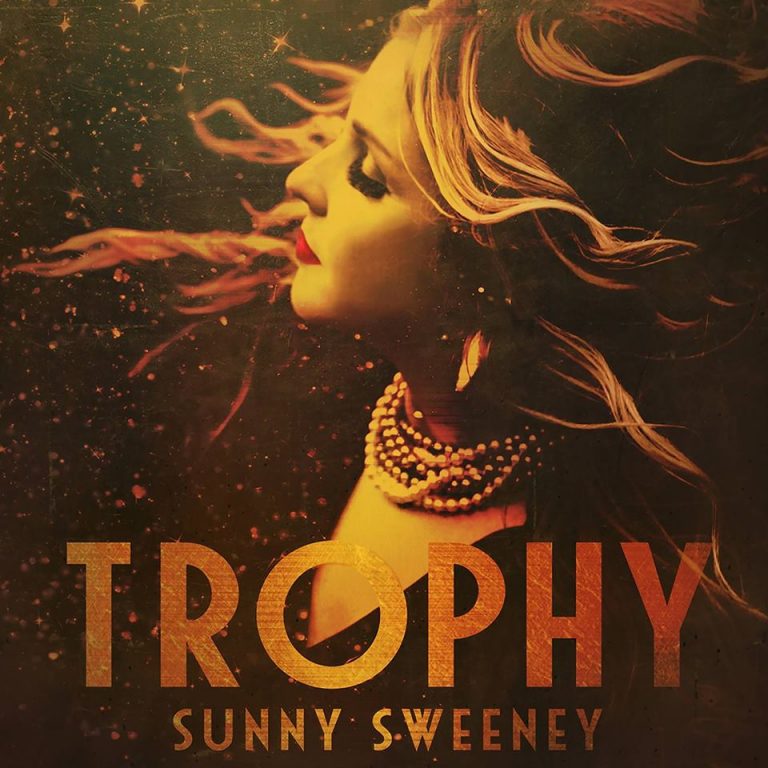 So I suppose a lot of the “important” websites have already put out their statements on Sunny Sweeney’s fourth album Trophy, however I cannot resist following all of them in some aspects. First off I wanted to state that I personally have been on a provocative push toward the Opry organization to induct her as a member. To be honest I believe she deserves to have been bestowed  with this accolade for quite some time now. She holds dear the meaning and the tradition of this fine institution more than ninety percent of today’s new artists do.

She throws punches at your jaw through the speakers every time she puts out new material and Trophy her latest release doesn’t fail to continue to do just that. The VERY FIRST note is a steel guitar followed by a painfully slow and poignant song called “Pass The Pain”, that sets the whole ambiance of this album to an intended direction of what Country Music SHOULD sound like. You feel like you have been smacked in the face with a brick  with lyrics and vocals that are absolutely astonishing in many ways.

You know much like a few artists of today that I can name I love her so much because her vocal style and delivery sticks out like a rooster wearing socks. Have you ever heard older people say in MY day you could tell different artists from one another like Marty Robbins? WELL with Miss Sunny you get just that and nothing short of unique and different. Call her Traditional Country call her Red Dirt or whatever you want but she defiantly doesn’t sound like anyone else but Sunny Sweeney.

She wrote or co-wrote all but two of the tracks on this album which was produced by Dave Brainard and released on Thirty Tigers label.  The album picks up a little bit with the next song “Better Bad Idea” however the lyrics are well written on “Nothing Wrong With Texas” because you FEEL her comfort of home and where she hails from as a person. I think her last album Provoked brought us closer to her as a person to understand where her soul was at that time, and I hope she is healed and happy with her life now. She’s a fantastic person and I always have loved her haughty and clever humor, yet keeps it Country classy.

Pills are a problem with society as a whole wherever you go but it is more prevalent and abused in the Appalachia region, I was reading about an area of West Virginia where a town of 400 have been sent millions of them. As a RA patient I do understand the constant battle of the problem in America. This song “Pills” is a song from her to someone with a pill addiction, that many people will be able to relate to.

“Bottle By My Bed” is the ultimate song of lament and want…for a child. I think many people can equally relate to the want of having a baby, but the clever use of twist on the title was a surprise at first glance and first spin of the album. Being a parent is an amazing thing that you love someone before they even truly exist when they only exist in thought and aren’t yet conceived.

The greatest hero of my life that I have studied more than anyone was Hank Williams. My music loves are just as eclectic as the song here describes and I related to it better than any of the other songs included on this album. I feel like Hank understood me and knew me as a fan thirty years before I was born, much like I described being a parent was in the last paragraph.

The title track “Trophy” was the greatest song of revenge from a current wife to an ex wife that treated the husband like shit. It takes the term Trophy Wife to a whole level and NOBODY sings it better than Sunny Sweeney, this song wouldn’t sound believable from anyone else by any means. I am pretty adamant on this statement THIS ALBUM is probably one of my TOP 5 already before the robins even arrive for spring!