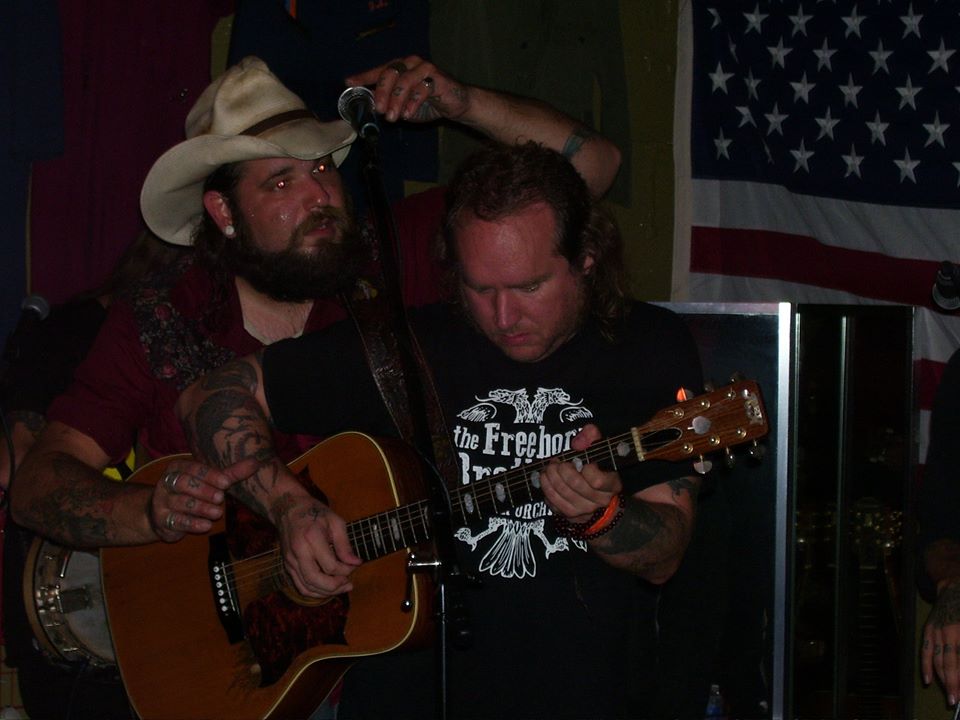 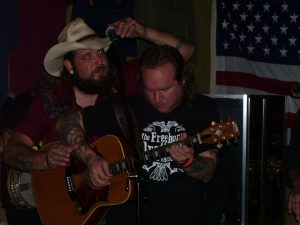 Folks I’m really sorry about how busy I get and to be honest my personal life
is just as busy as this. I’m sorry it took me son long to write this.
After the Muddy Roots Music Festival there was an after party Tuesday September 2nd
at Live True Vintage in East Nashville.

Despite the still drizzling outside they had a pretty good turnout
for the James Hunnicutt, Rachel Kate and the Calamity Cubes show that was hosted.

I really enjoyed James Hunnicutt’s set at Muddy Roots and The things he says
to us people always make me feel so happy and assures me I’m loved as a fan.
“I want you to know that every person here is special and just as important
as the nest person, there are no rock stars here”.
I met him for the first time ever (sadly) at Porter Wagoners funeral, and
I became a friend of his ever since…that was the Myspace era.

99 Lives is one of his staple songs you hear almost every set and I’m glad
too cause it’s a really great song. But his second song that night “My Pain”
is my favorite song he does. I just love the melody and I play his album
it’s off of “In Full It Shall Be Paid”.

The third song was a new one he played at Roots as well called
“Who Will Raise The Flag”.
He then did a cover of Hank Williams song “Long Gone Lonesome Blues”.

“To Cater To Failure” is a well written song he played that night along
with “Risk The Fall”.
I like it when he plays songs that you don’t hear very often during his
usual sets.

Another thing I like about him are the covers he does. He does alot of Faron Young
and He did “I Want You I Need You I Love You” by Elvis.
Every time I see his set he always does some great old covers.
He closed his set with “Don’t Let Teardrops Fill Your Eyes”.

Rachel Kate is one I wasn’t too familiar with and I had to do
some research on her to write this review for her.

She opened her set with “Hell Is Your Home” which actually
is my favorite song she does and I like her very unique
style she has a she carries high notes.

She has had a very full and adventurous life in music and
comes from a very musical family and upbringing.
And another great song she sang was called “Lullaby”. A lot
of these songs she also did with several bands including ‘The Local Honeys”.
Like one she does called “Lost”.

ONE SONG that was VERY pretty and the melody was remarkable was a
song that her father wrote for her at an early age called
‘Dancing Shoes”. It was a VERY PRETTY and painted a very cool
picture in my mind as I listened to her.

I can see so many influences in this woman’s soul…
I saw everything from Patsy Cline to Gillian Welch and more.
Rachel describes herself as folk but I see so much Country and blues
in her.

She closed her set with a song called “Nobody’s Fool”.
I was really glad I researched her a little bit more after
Muddy Roots. I’m sorry I missed her sets in the past, I just
never ran into her on time.
There’s a lot of artists I haven’t told you about yet.

The next band was the Calamity Cubes a three piece Kansas based
string band with an upright bass a banjo and a guitar.
And to be completely honest I missed their first song from
an outside break..had to go to truck for something.
But their second song was “Bottoms The limit” and they played a very
good set this night.

“Anchor” and another song I have heard a few times live was
‘Devil In Her Eyes”.
They have a few albums out and can easily play for a good length of time.
One of their songs I like more is “The Battle of Hair Ribbon”.
I just think it’s a well written song.

Another good song they did was “Delia Rose”. I need to get a few of their
albums the next show of theirs I get to go to.
They did a new song called “Window Pains” and I only caught part of
their next songs but I got back to attention for “Libby Belle” and
a song they do called ‘Kite”.

I think everyone was in agreement on suggesting they do “Empty Bottle Than No
Bottle At All”. It’s my personal favorite song they do for sure!
Then they moved outside and played “Gold light” on their set’s close.