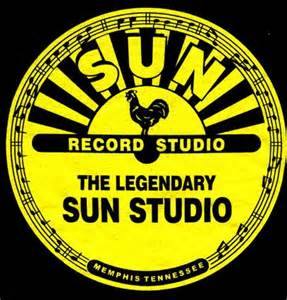 I do not really watch a lot of non music related television, I do indulge in the NFL but I sometimes out it on mute whilst I write or research for future articles. I haven’t watched CMT in quite some time for certain, I’m not really into videos or reality shows or crossroads weirdness. I do watch RFD TV and the likes of old Hee Haw and All of those older Country Music variety shows like Ronnie Prophet and such.

I have been diligently eyeballing this ongoing project offering from them for some time now however, and on Feb 23rd this show is set to debut. Honestly I am pondering exactly what to anticipate from them concerning this particular subject, will it be candied up and made to look politically correct or will it be historically accurate?

I mean let’s face it people this whole birth of Rock And Roll transpired during America’s most volatile time which was the Civil Rights Movement. Memphis in the 1950’s was a pinnacle of segregation and division as was the entire south. Music in itself was also on a pendulum of change as of course 1953 said farewell to Hank Williams and Outlaw Country and the Nashville Sound weren’t devised quite yet. In 1950 legendary producer Sam Phillips was concocting this thing called Rockabilly, which basically was Hillbilly and Rock And Roll juxtaposed together. He wasn’t the only one doing experiments with music however he was the most commercially successful with the outcome of his impromptu session that resulted purely by chance.

Initially this show was going to called “Million Dollar Quartet” and I’m not really sure why it was renamed “Sun Records” perhaps so they can expand on Sun Records as a whole and not just limit this series to one particular event? We shall soon see I think, as this show begins to unfold and it could go a whole variety of different directions to be honest. I have studied the Million Dollar Quartet for many years and I have read so many books on this subject from many different points of view.

The Million Dollar Quartet was an impromptu jam session that included Elvis Presley, Johnny Cash,Jerry Lee Lewis and Carl Perkins and it happened on December 4rth 1956. The recording was first released in Europe in 1981 and soon after more tracks were discovered and released as the Complete Million Dollar Sessions in 1990 worldwide. There were so many legalities involved that the recordings were almost completely silenced altogether and simply archived.

The whole incident happened by pure coincidence as Carl Perkins who already had success with “Blue Suede Shoes” came into the studio that day and his brothers to record some new material. At that juncture Jerry Lee Lewis was an unknown Legend and was the latest acquisition on the label’s roster. He was still in his experimental stages where his real talent was not yet flourished or fed. Sometime that afternoon a young Elvis Presley arrived to just simply hang out with his current girlfriend to observe and schmooze with whomever he could find, as the place was a regular flophouse for it’s own roster. In fact the studio was complete with sleeping quarters and cooking areas for it’s artists to employ when required, as many of them were often vagabonds and broke.

According to many autobiographies about Johnny Cash including his own biography he was already there to witness the actual Carl Perkins recording, as he was one of Carl’s biggest fans and also “Cowboy” Jack Clement was engineering that day. Jerry Lee Lewis was the upcoming piano guru during this time but Elvis was the most nationally known star right then having been acquired by Sam for a large sum of undisclosed funds. In all four of their own rights they went on to blaze their own paths in their respective genres of music and even each others genres as well. Sun Records met it’s Sam Phillips directed demise in 1969 as Shelby Singleton acquired the label and was rumored to have been a recluse within the building and indulging in over 10,000 hours of tape to himself.