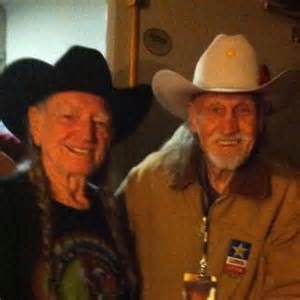 I have always said this about Country Music..it has three fundamentals or “Building Blocks”.
Songwriters, Publishers and Steel Guitarists. And pretty much in that order to be honest.
But there are so many behind the scenes that make the show so special to us.
How bout the lighting guy or the sound man? How about the TEAM of people it takes
to put on a show?

I want to tell you about THIS MAN Ben Dorsey..and I promise you probably ninety five
percent of other “country music” websites couldn’t tell you who he is.
I CAN and I WILL, because I think he needs to be loved.
Just as much as you love your old crackly vinyls and the warmth of your
needle.

Ben Dorsey is now 84 years old AND STILL TRAVELS for bands like Jason Boland
and the Stragglers and Merle Haggard.
He has worked shows and tours for over 200 artists and bands.

Charley Pride, Willie Nelson and even the mighty Waylon Jennings have been
set up and broke down by Old Ben.
Brooks And Dunn and several borderline pop country acts and Traditional country
acts have also hired him.

He has been nominated “Roadie For Life” by Willie Nelson and his entourage
called “Family”.
He has reportedly worked more shows and tour than any other person in the world.
And he’s been to all seven continents and couldn’t remember a country he has
NOT been to accept North Korea.

Red Sovine named a song after him on his compilation album “Phantom 309”
that was released in 1987. NOT to be confused with the 1968 Starday album
of the same name.
The song was called “Big Ben Dorsey The Third”.

He tells many stories of working with Ray Price in the 1940’s for six years.
And he actually worked for Hank Williams and Ben is the only roadie to have
worked in three different centuries.
He was at the opening of the original Ernest Tubb’s Record Shop on Broadway
in 1947 and he flipped the switch that turned on the iconic neon sign
that still glows and warms up Broadway.

To this day Ben Dorsey still travels America’s highways setting up
the show and busting it down and moving on to the next big town.