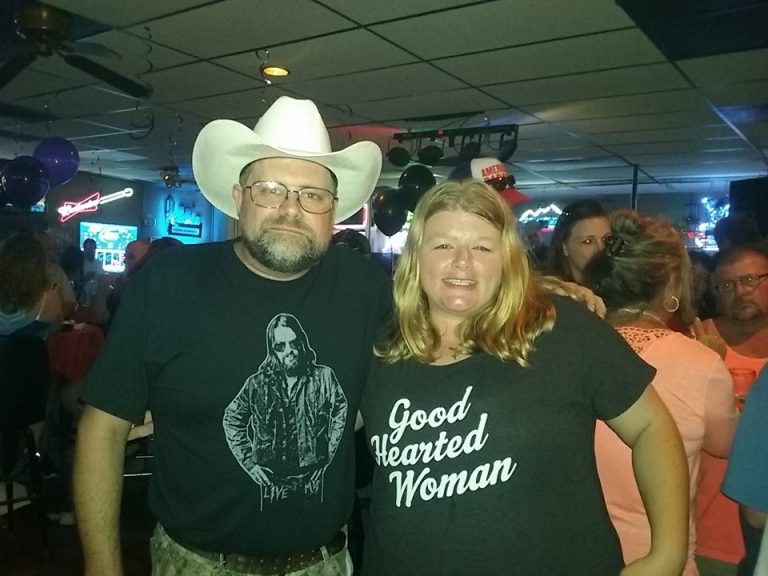 SO last weekend I traveled to Hiram Georgia to celebrate one of my newer friends and someone I truly have a LOT of admiration for, Tenishia Sunshine Sylvester. I’m going to tell a little about her in just a few moments but right now I’m sure she would not mind me telling you about the venue Cantrell’s Hiram Station in Hiram Georgia.

It is the oldest bar in the area and it has been expanded many times over the 13 years my friend Tenishia has been going there. Almost instantly when I got there I was greeted by the owner and she truly made me feel welcomed there, in fact I don’t think I had any problems or complaints at all, it was about an hour and half out of Chattanooga so it was an easy ride down there.

I have to honestly say the wings rivaled the spillway in Bowling Green and The High Rail in Indianapolis only..they were truly that good. It amazed me they didn’t offer pizzas however the menu was really large and the prices were reasonably common for a place to make profit. And TRUST ME I been to venues in 8 states this year alone! This bar has a spacious stage area and very nice area to play pool, not a bad layout indeed. The only negative thing I could say was it was a little hard to find from the road at first, unless it was just MY GPS (that could have been the case) so I cannot even say it was their fault.

Miss Tenishia does SO MUCH for local music and national acts on social media she deserves to be applauded on THIS WEBSITE for her warrior like contributions to Shooter Jennings, Blackberry Smoke, Kid Rock, Jamey Johnson, and MANY MORE! We swap mail packages of stickers and shirts and new bands we find. I first met her at Jon Hensley’s visitation when he passed away and from that moment we became friends and I think the absolute world of her.

So we celebrated her birthday last Saturday and as she clearly stated to me there were many more celebrating there too as well, I saw balloons all over the place when I got there. And the crowd was pretty responsive to the live music most of the evening.  So for her birthday we had Joshua Morningstar and Kendra Hope playing cover songs tonight, which was fine by me because I was instructed to mostly take the night off and enjoy myself. So I did not bust out the whole huge media setup I mostly do and just used pen and paper, honestly I know both their music so well I can do it on memory.

Joshua Morningstar was my artist of the year in 2015 and he has become the FIRST independent performer I have saw in 6 different states..would have been 7 but it didn’t work out that way, it’s O.K. Kendra Hope is quickly making a name for herself all over the south and is a true road warrior at a young age. So here was a large portion of their set lists last weekend, it’s been a HOT long work week for me so I could not write articles this week much.