Honky Tonk Hotel Is Putting On A benefit Show For Mr. Kip Wilson. 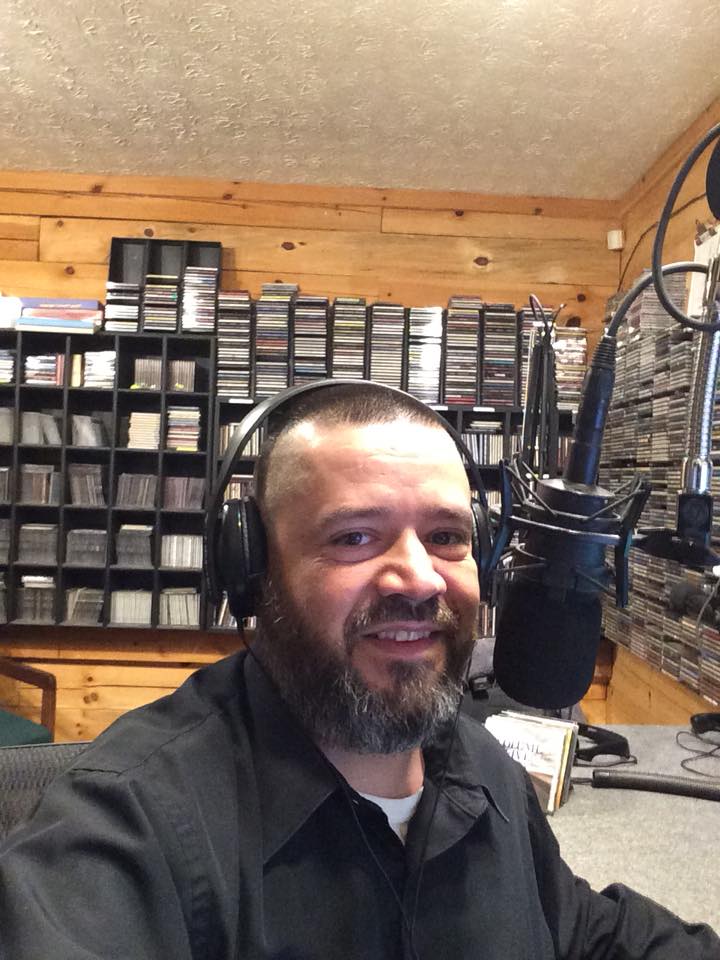 I have been busier than a two pecker Billy Goat this spring here on the website, I JUST returned from a three day jaunt to Georgia and Florida for Mr. Cody Jinks and Miss Sunny Sweeney. And now I have to flip over to the Rockabilly community for the Ameripolitan Awards in Memphis Tennessee. I proudly sponsor that event on a corporate level, and it’s always nice to work with so many great people like Mr. Dale Watson, and Kettle One Vodka.

Sadly, for that reason I cannot attend this TRULY IMPORTANT EVENT in Lexington Kentucky…BUT YOU CAN. I feel it important to bring this event to your attention here, as my friends over at Honky Tonk Hotel and others like The Honky Tonk Heroes are throwing a really nice benefit show for our beloved radio show host Mr. Kip Wilson.

I stopped this past Sunday for a nice chat with Mr. Kip.

GHC: So when did you start hosting radio shows?

Mr. Kip: It was a couple years ago, I believe it was Halloween. My very first show would have been 2016.

GHC: Was there anybody that inspired you to do it, or did you do it on your own?

Mr. Kip: Well, the owner of WSKV out of Stanton were the people that came to me, and offered me a job.  It was really just kind of out of the blue, it wasn’t something that I had planned on doing. But it just seemed like a good fit, a lot of the musicians I was friends with kind of got me in there. He gave me the option that I could play anything I wanted if I took the show’s spot.

GHC: What did you start playing at first?

Mr. Kip: The first artists I played were Tyler Childers, The Wooks, the Jenkins Twins and Restless Leg String Band. Just trying to feature the local talent from the area here.

GHC: So, with this benefit here, you are going to start your own podcast? What are your plans for it?

Mr. Kip: The podcast I’m looking to start is going to be a live music podcast. So it will feature local and regional independent artists, trying to catch people going through the area going to shows. I’ll just have bands come in and sit down and talk about what they got going on, and play some live music for us.

GHC: Are you going to record out of your house, or a studio or what?

Mr. Kip: We’re going to be doing it out of a studio, yes.

GHC: What’s some of the stuff that you are enjoying now?

Mr. Kip: Chelsea Nolan for me is really making a name for herself. Still love the Wooks, their new album Glorybound is pretty awesome. There’s a lot of people that’s got new stuff that we need to look out for. The one person I’m excited about is Josh Nolan, he’s got a new album coming out soon and I cannot wait to hear it.

GHC: Are you going to go to W.B. Walker’s show?

GHC: Me too. I just put it out there two days ago, complete with some hotels and everything on it.

GHC: Are you based out of Kentucky?

Mr. Kip: Yeah, Kentucky. I live in Stanton, it’s on the edge of the Red River Gorge..not too far from Kickin’ It On The Creek.

GHC: what do you do on your personal time, when you’re not messing with music?

Mr. Kip: There really isn’t much personal time between work you know. I do like to get out in the Red River Gorge, I like four wheeling, I like to hike, that’s the reason I love living here. There is so much area out here to get out and enjoy.

GHC: What do you plan on doing at these benefit show? where are they and what are they going to accomplish?

Mr. Kip: One is Saturday Feb 23rd that’s at Mirror Twin Brewing company. From 4 to Midnight we have 8 acts coming in to play, and it’s about getting people together, and spreading the word. There are some new people I’m bringing in. I’m bringing in a girl out of West Virginia, that I really want some people to get familiar with.  It’s about love and community and having everybody together, and having a good time.

GHC: Will they both be in Lexington?

Mr. Kip: Yes they will. The following day Sunday the 24th we’ve got one at the Red Mile, and we actually have 14 acts coming out for that day. We’ll be doing a silent auction there as well, we had a bunch of different artists that donated merch that we will auction off. Alexis is going to be out taking photos, she is going to set up a photo booth.  She will take portraits, and we are just trying to get a lot of people involved.

GHC: Good deal, I’ll be in Memphis at the Ameripolitan Awards, otherwise I would come down for it. Well, thank you for your time and for stopping by to talk about this.

Mr. Kip: Thanks Gary if there is anything I can ever help with, you let me know.

Our friend Kip is working on starting a podcast project and needs some funding to be able to continue what he’s been doing for all of us — supporting and informing us on local music.

Join us at Mirror Twin Brewing Co on 2/23 for an afternoon then evening of good drinks, good company and good tunes.

Join us for night 2 of getting Kip‘s new endeavor off the ground! Help us support him and local music.

Come see us at Red Mile on 2/24 for a second FULL DAY of your favorite local music. $15 at the door!