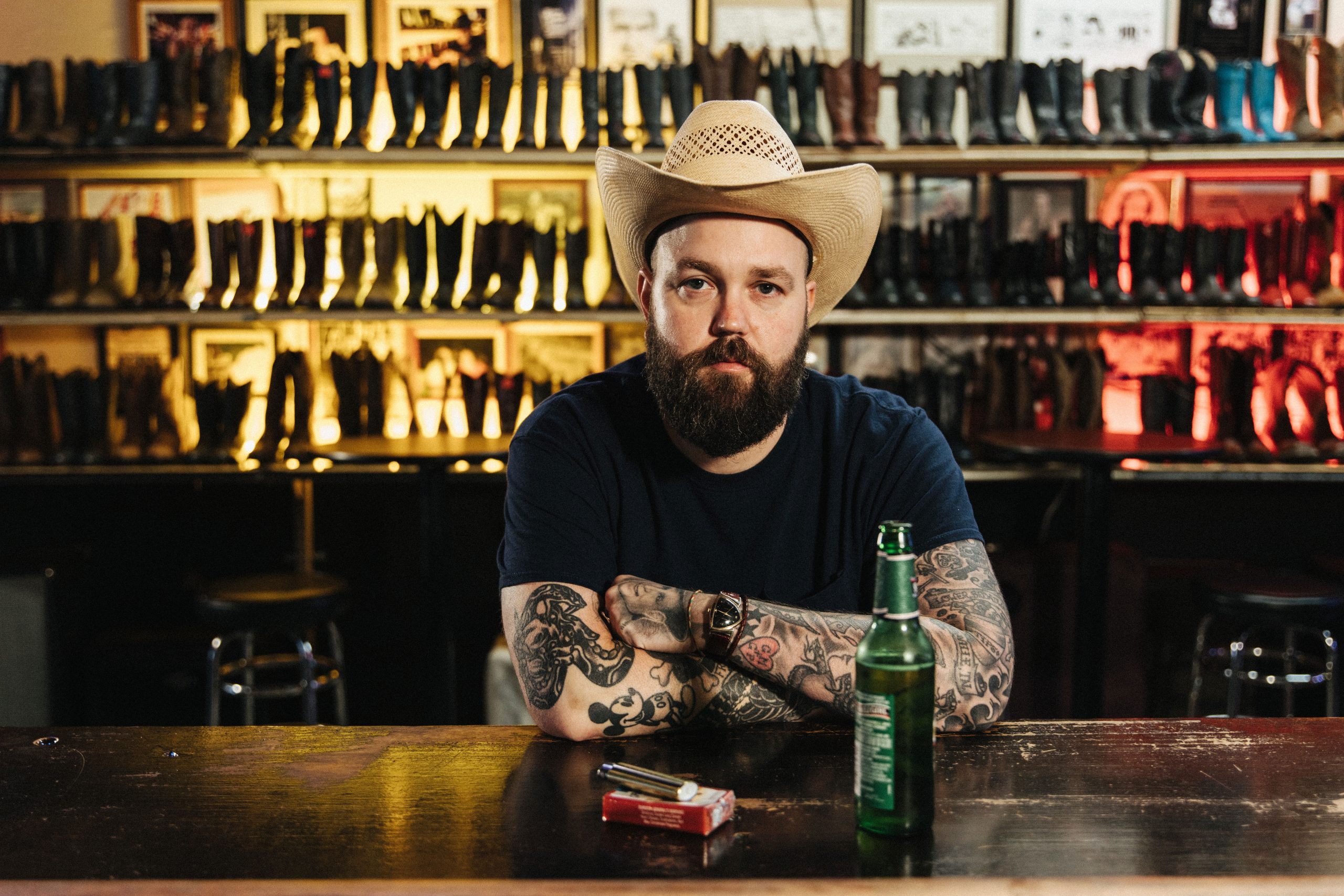 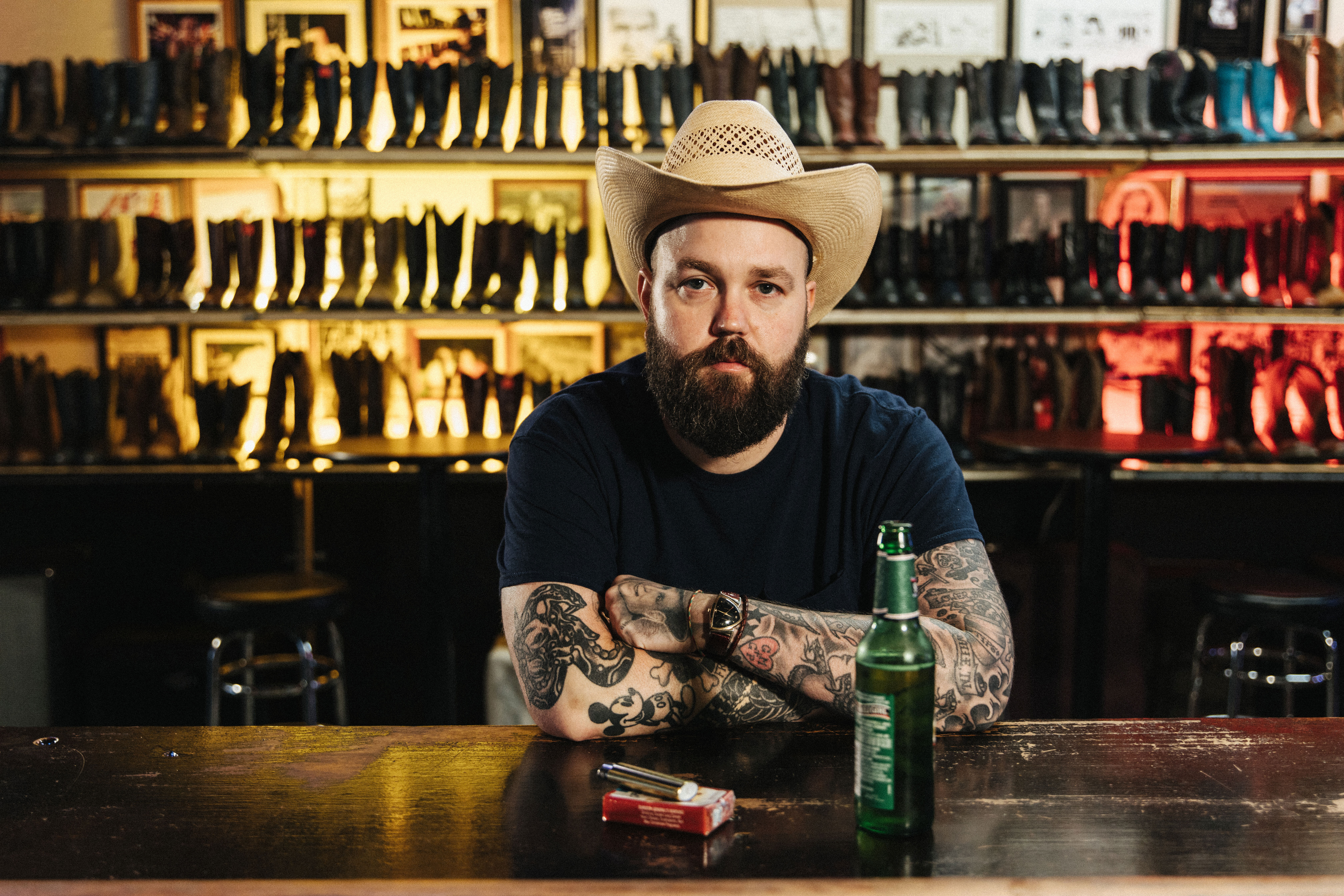 Back in 2017 I discovered this absolute gem of a Country Music artist, as by chance I strolled into Robert’s Western World to check out this man that a friend of mine referred me to named Mr. Joshua Hedley. I was always into hardcore Country and the more traditional it was, the more I loved it. I have always frequented Nashville ever since I moved here way back in 1996, like so many are doing now…it’s crowded here folks…don’t move here now.

I have a shit ton of respect for this man ( even though we may not be in agreement on many personal issues ) and his extensive knowledge of true Country Music and his signature vocal style that sets him apart from all of his peers. I consider myself a huge Janissary of Country Music, and I will go toe to toe with anybody on my own knowledge of it. However, when I meet people that clearly defeat my echelon of skill on the subject I have no problem admiring that!

Now many times I went to Robert’s with company and took them there to drink and hear some great bands play cover songs all day or night. I mean, that is actually what Broadway is now for the most part. When one of my friends encounter someone out there playing original songs THEY wrote, while at the same time gathering a big fan base, they come tell me. Those are the qualities I look for in artists to cover on this website here.

I was just absolutely amazed at how genuine this man was toward the genre and toward the tourists he was playing to. He was belting out obscure things from Gentleman Jim Reeves and  at the same time he was doing songs by commonly mentioned names down there like George Jones. Now here is the thing I wanted to point out about that latter name I just dropped..95 percent of the players down there on lower braodway all play the well known George Jones songs they usually get requested.

I mean, I sat there and listened to him play the song “Tarnished Angel” from the early 60’s. He is 100 percent correct…Jones does indeed have a bigger catalog than just his Outlaw Era albums that Mr. Billy Sherill produced. He has a bunch of Starday label songs that are just absolute fire, and Joshua Hedley can play through every one of them.

He was a part of the Old Crow Medicine Shows that I have been to at the Ryman on New Year’s Night Read more on that here., and I hope that he agrees with me that the song Wagon Wheel isn’t such a bad song if it’s played by Old Crow on that stage! Through the years I have indeed had the distinct pleasure of seeing him all over the place in town until the day he finally released one of the most amazing albums in the last 10 years called Mr. Jukebox on Third Man Records. which got my vote for album of thee year that year on here.

After that album was released, apparently right around the same time I entered rehab for a bad pill addiction, I learned that he too had addictions. I went through some extensive therapy and detox myself to be 2 years clean of drinking and drugs as well. And I hope to one day shake his hand from one sober recovered addict to another. But my friends that is exactly what makes his music so honest and his lyrics so transpicuous by people who are alcoholics and addicts.

For a man to openly admit the reason he hasn’t toured or has many functions on his resume, was because of his drug and alcohol dependencies is beyond admirable and I like him even more for this honesty. I think he deserves another chance to speak to us through his music.. this man is the modern era version of what Merle Haggard influenced Alan Jackson to be….the singer of the common man.

He has followed that album with another hard Honky Tonk banger called “Neon Blue”, an album that has an extremely traditional core while it takes you on a journey to an era a little later than the first album. See the way the songs are presented and performed one the first album take you to the 60s style Country, like the voices singing bum bum bum on the chorus. This album got a little more modern resonating loudly during the 90s Country era.

Songs like “Country And Western” pretty much sum up the whole process of trying to categorize this man and the songs he plays. His vocal delivery on this album clearly gets his point across, he wants the sinners and cheaters to feel at home here. With songs like “Down To my Last Lie”, he vents his frustration with all of the lies he has to keep coming up with just to live this double life he has here.

So many talented musicians make up this album to be one of the year’s top choices for crying in your beer and looking into the mirror at yourself. I mean, if he can play songs like “Found In A Bar” while maintaining his sobriety why can’t I ? Why can’t I too draw strength and inspiration from his songs?

If you study that song it actually makes a pellucid point that good, honest love CAN BE found in a bar after all! You encounter things in bars that you put into them sometimes, and I know I still go to bars to listen to people like him pour their hearts out in their stages.

RETURNS WITH NEON BLUE APRIL 22nd, 2022Joshua Hedley will release his anticipated new album Neon Blue on April 22nd, 2022 via NewWest Records. The 12-song set was co-produced by Jordan Lehning (Rodney Crowell) & SkylarWilson (Justin Townes Earle) and mixed by Kyle Lehning (George Strait, Randy Travis). NeonBlue is the follow up to his critically acclaimed 2018 debut Mr. Jukebox, which was released byJack White’s Third Man Records. Hedley’s breakout debut showcased his deep knowledge ofcountry music history, in particular the beery ballads of the 1950s and ‘60s. His mentors wereGeorge Jones, Ray Price, and Glen Campbell, but his most remarkable accomplishment wasputting his own spin on their style. Neon Blue, on the other hand, examines a very different,often forsaken era: the early 1990s.
“The last bastion of country music,” says Hedley, “was the early 1990s, roughly 1989 through1996. You could turn on the radio and immediately know you’re hearing a country song. Youcould still hear steel guitar and fiddle. But there was a hard fork around 1996 or ‘97, whencountry veered off into pop territory. Neon Blue asks, What if that fork never happened? What ifcountry kept on sounding like country?”
The era may have been dismissed by traditionalists at the time as slick or overproduced, butHedley finds something exciting in that sound. Neon Blue plays up the excitement ofbigger-than-life choruses, the relatable emotions of those sad-eyed ballads, and theinventiveness of the lively production. Hedley says, “The sound is modern, but it’s stilldiscernibly country.”
Neon Blue songs would sound right at home on a playlist between Garth Brooks’
“Friends in Low Places” and Alan Jackson’s “Chattahoochie,” and at times you can see athousand lighters held high during an encore. After making Mr. Jukebox with a close group offriends, Hedley decided to record his follow-up with professional session players — a Nashvilletradition. Lehning & Wilson corralled an all-star crew featuring some of the city’s best players,who made Hedley step up his game. “All the players on this record are the people who areplaying on Top 40 hits. They’re the professionals playing two or three sessions a day, and it wascrazy to see them work…I came in with skeletons and they put flesh on them. They made theminto human beings,” Hedley shares.
Hedley has been a presence in Nashville for nearly twenty years, although you have to knowwhere to find him. You have to brave the tourists on Broadway downtown, bypass thethree-story bars blasting Journey, and make your way to Robert’s Western World, atime-capsule honkytonk from a different era.
“It’s the last holdout. It’s exactly the same now as it was when I started playing there
seventeen years ago. It never doesn’t feel like home because it never doesn’t feel familiar.”
He’s got tenure at Robert’s, playing hours long sets full of his own songs and country classics, and he hates to miss a show. In 2018, after he opened for Jack White at Bridgestone Arena (by far the largest venue in town), he was back at Robert’s right across the street playing to a boot-scooting audience the very next night. In honor of this truly unique oasis, an extremely limited, autographed version of the vinyl edition will be pressed on “Robert’s

1. Broke Again2. Country & Western3. Old Heartbroke Blues4. The Last Thing In The World5. Down To My Last Lie6. Free (One Heart)7. Neon Blue8. Bury Me With My Boots On9. Found In A Bar10. Let’s Make A Memory11. Wonder If You Wonder12. River In The Rainwww.JoshuaHedley.comwww.NewWestRecords.com