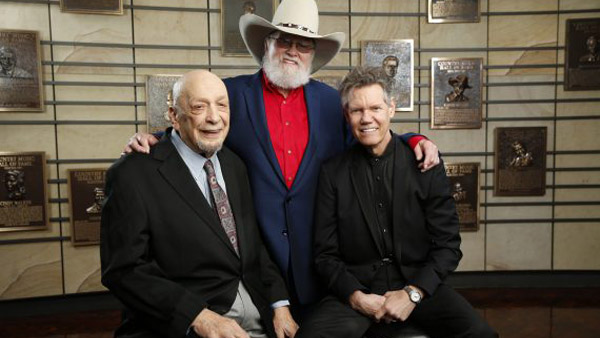 Many times I say this adamantly about Country Music as a genre, there are three building blocks or foundations to the formula that make it such a great genre. Those are the Songwriter, The Steel Guitarist and the Producer, when you have those three together you have a classic album the likes of Willie Nelson’s Red Headed Stranger.

Many of the producers that once adorned sixteenth avenue back in the glory days of Nashville are long since passed on. Alas, much like the historic buildings and places where the beloved Country Music was recorded, wrote and performed are also dust in the wind. Many of those figures are nothing more than something I can read about in my books, however this man I actually got to meet and enjoy while alive, Mr. Fred Foster. This man along with Monument Records worked music row miracles for many people, and brought us more classic Country and Rock And Roll along with others of his ilk.

In the early 1960’s, his success began to blossom as he became the producer of many of Mr. Roy Orbison’s singles such as “Oh Pretty Woman” and “Crying”..also “Only The Lonely”. Taking it’s name from the Washington Monument, this label was responsible for all of the hits from that time period. Mr. Roy recorded two singles with Sun Records and had little commercial success with anything before Mr. Fred took control of his music.

In 1965, he took a young 19 year old Miss Dolly Parton under his wing to record “Dumb Blonde” and others for this label before going on to her famous work with Mr. Porter Wagoner, and his television show. Her work for RCA records was equally amazing to me as a fan.

He co wrote “Me And Bobby McGee” with Mr. Kris Kristofferson, and signed him to writing work in the 1970’s. He is noted for starting Kristofferson’s career as well as others. Their publishing company, Combine Music paved the way for Mr. Kris to write songs like “Sunday Morning Coming Down” and ‘Help Me Make it Through The Night”, which Miss Sammi Smith made equally popular.