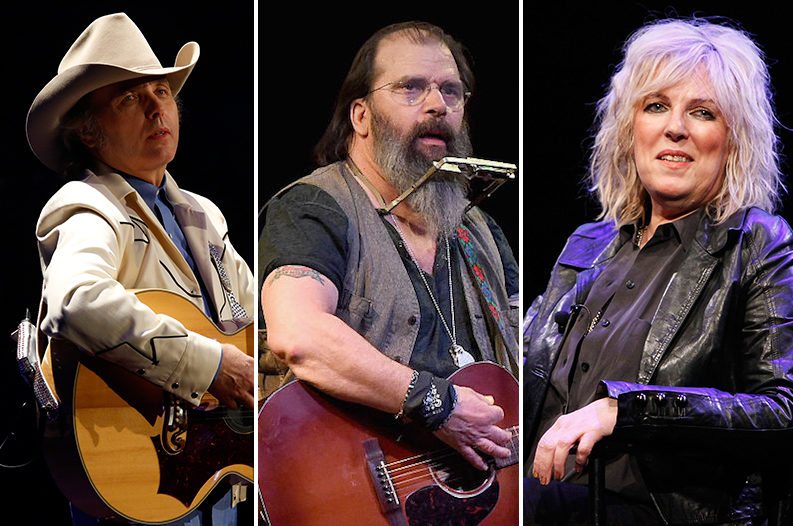 Next week on June 12th THREE powerhouse Country Music acts are teaming up for the first time eve, and between the three of them have amassed 49 Grammy Awards and recorded more than 100 albums. Steve Earle recently released the album “So You Wanna Be An Outlaw” and has been playing great live shows. Also he is celebrating the 30th anniversary of the song Copperhead Road.

Lucinda Williams helped my friend Colter Wall play the Ryman his first time, recently released a STELLAR album in the ‘Ghost Of Highway 20″ and also re issued a classic album of her past “Sweet Old World”. She has been recording and keeping the trails hot since 1980.

Dwight Yoakam is creating a BUZZ on my page here with his forthcoming album and tour. He has also launched his own Sirus XM station and will be heavily involved in this tour.

This will be the very first time these three powerhouse acts have ever teamed up to play together, and will wind down in August before festival season begins to calm down.