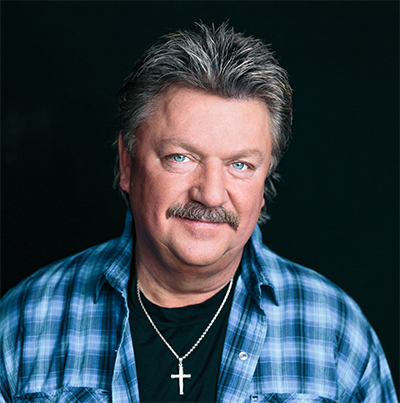 The multi-platinum-selling artist who dominated the charts during a hot streak in the ’90’s may have been absent from the radio charts for the past few years, but Joe-Joe-Joe Diffie has never slowed down – writing, touring and recording a myriad of projects including his critically acclaimed 2010 bluegrass album “Homecoming,” and his recent “Roots And Boots” acoustic tour and collaborative CD “All In The Same Boat,” with fellow hit makers Sammy Kershaw and Aaron Tippin.

The folks over in Draffenville Ky at the Kentucky Opry have scheduled a true 80’s and 90’s Legend of the last time I remember REAL Country being played on the radio waves. I mean, how many of you miss that 80s twang like Sammy Kershaw and Travis Tritt?  See, those people ARE STILL active and making music, but the mainstream media wants you to forget them and is even downright ashamed of having any previous affiliation with these acts.

After 1990 he released seven studio albums on the Epic label and gathered thirty five singles on the billboard charts, five of which peaked on number one. I mean, WHO DOESN’T remember “If The Devil Danced In Empty Pockets”? He has achieved twelve other singles on the top 40 charts in his tenure.

Even though we haven’t heard any new music from him since 2010’s Homecoming: The Bluegrass Album, he has maintained a strong road presence and plays many road shows. He has a great stage presence and puts on a good show! Please join me as I go cover this man’s show in the beautiful Land Between The Lakes area.