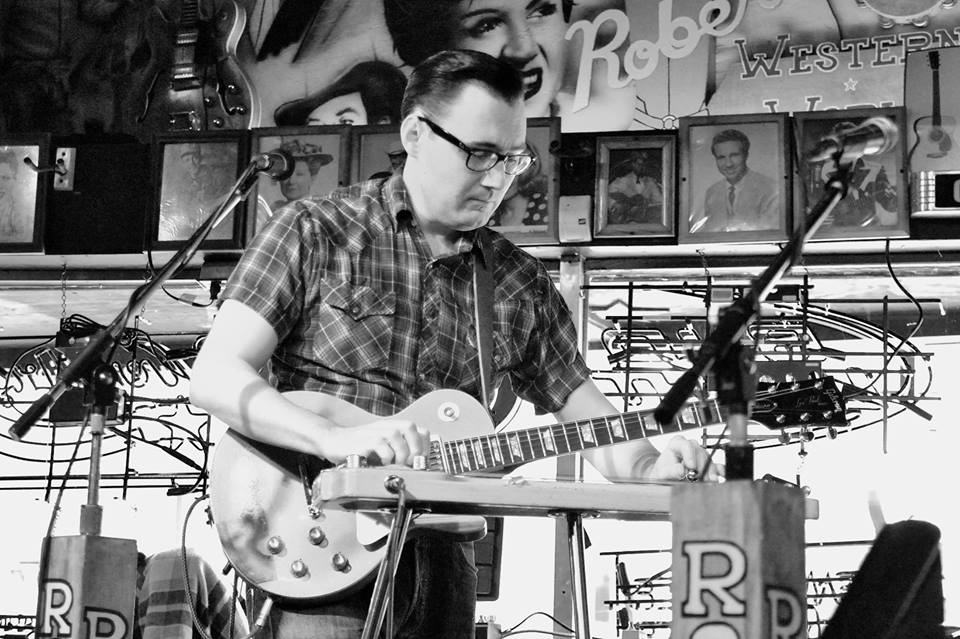 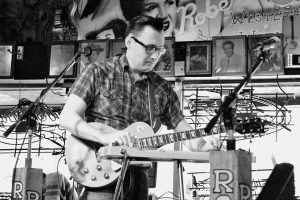 The Murray Kentucky State University welcomes the public for FREE
Tuesday night for the fifth year in a row as the department of History
welcomes Western Swing and Country artist Chris Scruggs and the Stone Fox 5
and opening act Mark Newton and Steve Thomas.

Joining Chris Scruggs for his set will be Country Music Superstar Kenny Vaughn
who has won many awards for his playing locally and is also
a prominent member of the Fabulous Superlatives that back Marty Stuart.

At 7:30 on Tuesday in Lovett Auditorium the free show will be taking place.
Since it launched in 2010 it has grown so much in popularity that it was
moved to Lovett auditorium several years ago.

I have met Chris Scruggs on several occasions and I have included our picture
on here together.
He is the son of Country Legend Gail Davies and songwriter Gary Scruggs and
is the Grandson of Bluegrass Legend Earl Scruggs but did not get to meet
his grandfather until a short time before his death.

I got to see him perform during a tribute show to Steel Guitar Legend Don Helms
at the Troubador Theater in Nashville. I remember him playing the steel guitar
REALLY old school style and how precise his notes were.
The man knows his Traditonal Country Music for certain. He reminds me of
Andy Gibson who is now producing albums instead of playing steel guitar as much
on the road. They were both mentored by MANY Country Music Legends in their style of playing.

He also played for a short time with BR5-49 and recorded “Tangled In The Pines”
with them replacing Gary Bennett on co-lead vocals and guitars.

I dont really have many items in my home about Earl Scruggs to include in my
Third Generations theme I have going.