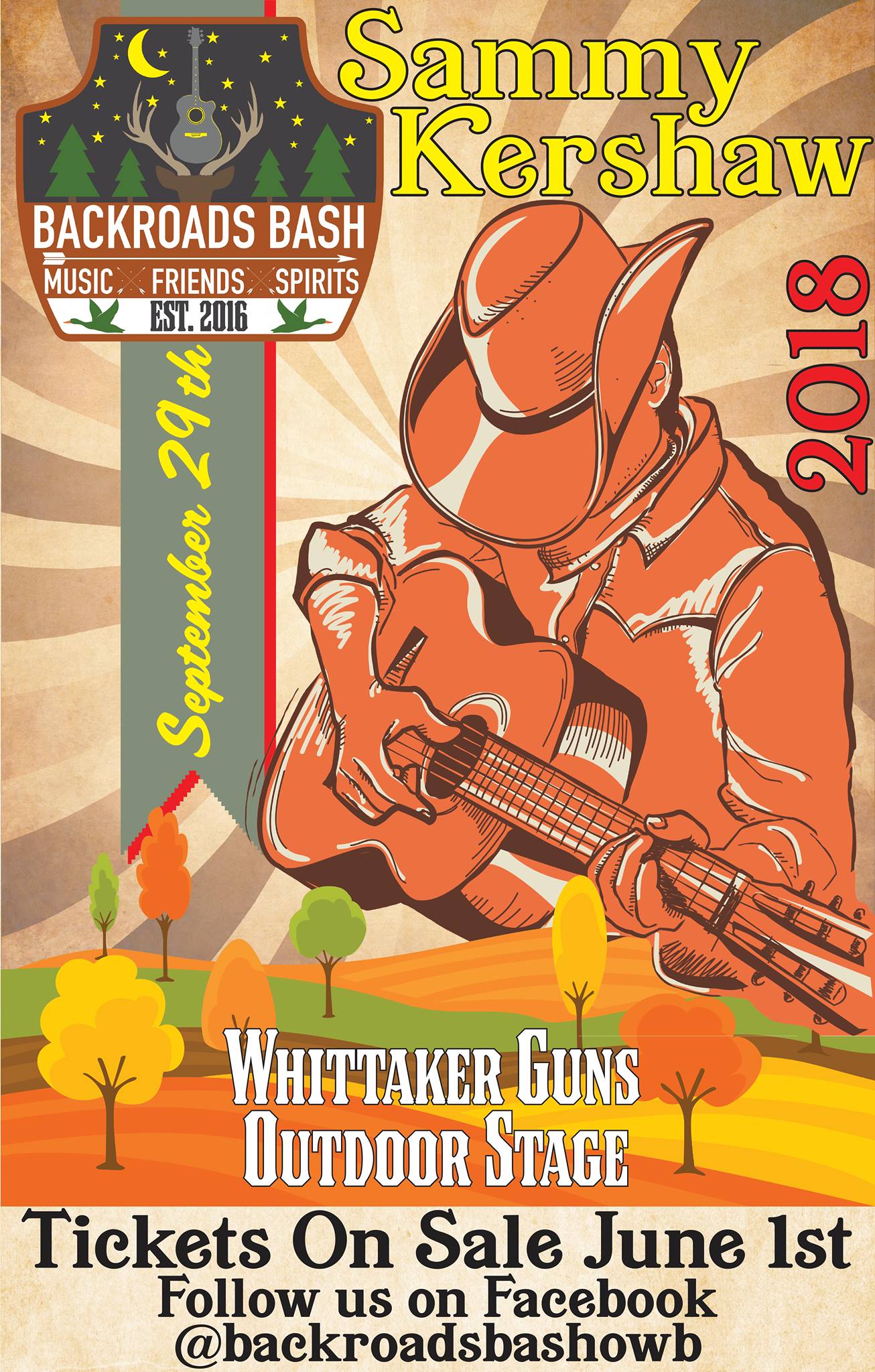 FROM THE EVENT PAGE:

Sammy Kershaw LIVE in concert!! Come join us for a night of great music, fun, and spirits as we close out our annual Guntoberfest event!! An outdoor event for the whole family! Gates open at 6pm, Opening Act (TBD) takes the stage at 7pm, and Sammy Kershaw will take the stage at 8:30PM!! Rain or shine! Food & Beer will be available for purchase! Cash Only!

Now folks YOU KNOW that I especially love the late 80’s and 90’s Country the likes of Sammy Kershaw, his finest album in my opinion was his 1993 release “Haunted Heart”. That’s when the more mainstream Country wasn’t so bad, and you could actually bare with some FM radio time!

Mr. Sammy has released sixteen studio albums, with three platinum albums, and two gold. He has gathered twenty five top 40 singles on the Billboard charts, one number one hit, and ten top 10 hits in his career.

His 1991 debut album called “Don’t Go Near The Water” went platinum and produced four hit singles, all co-produced with the Legendary Mr. Buddy Cannon at the helm. His second album was the aforementioned “Haunted Heart”, and his third album called “Feelin’ Good Train”.

His train album produced four hits, and his next album “Politics, Religion, And Her” produced a few hits, however toward the early 1990’s the more pop country began to infest the more traditional sounding mainstream country and took the airwaves over. The more real Country sounding stars began to slowly fade out to the crowd that was being targeted by the pop country people.