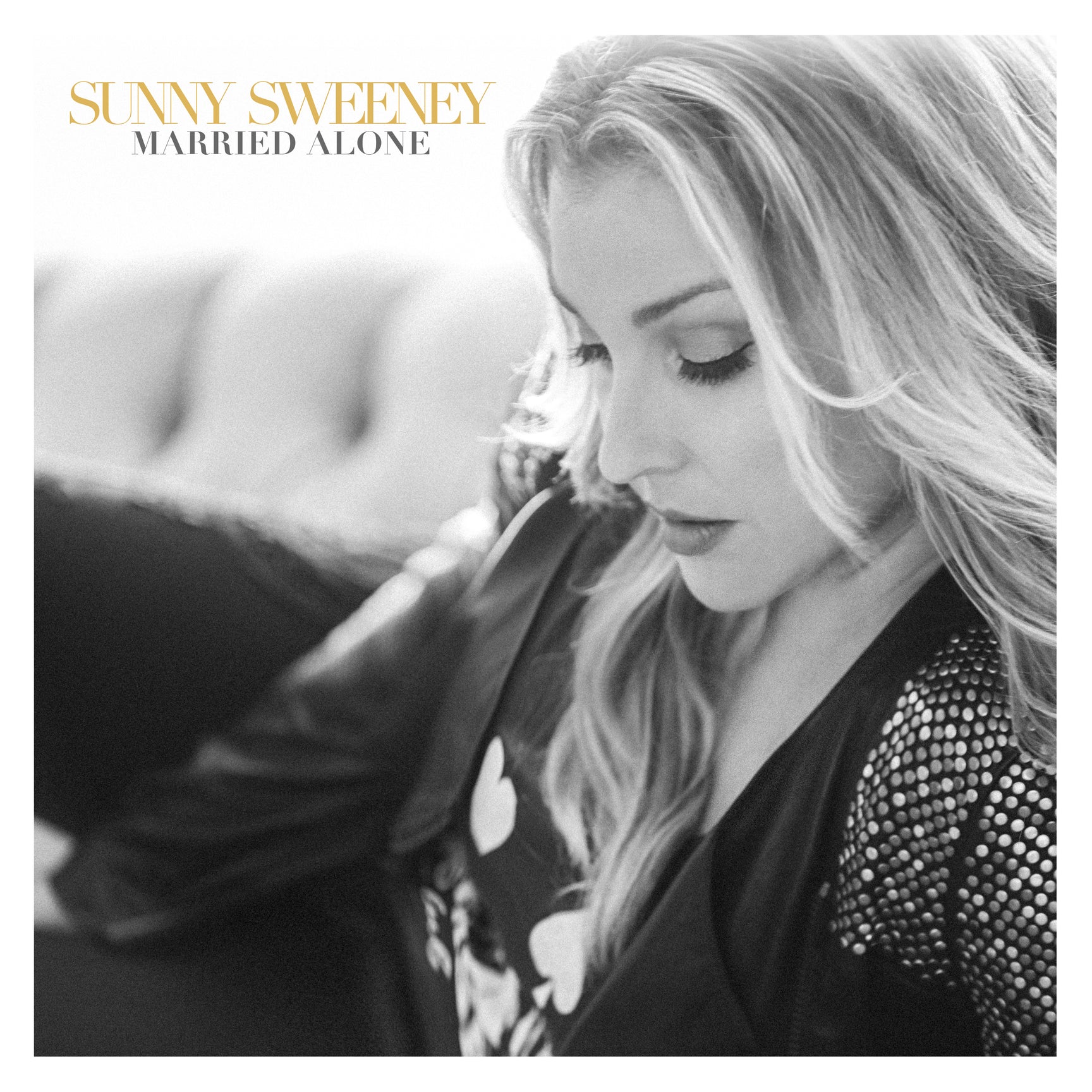 This album feature and review will be updated a few times in the near future, so like many of my other articles you should keep in touch with me on here to stay informed in all things local music. Summer of 2022 is already hot and it is even hotter with new releases from a plethora of different bands, including one that I have been salivating over, and that is my good friend Miss Sunny Sweeney.

I’m going to be writing my own piece on this album, as well as include the press release and some of her tour dates. I got all sorts of new music news up on all of  my current articles, as well as dates and information on over 200 festivals across this nation. Who cares what people are arguing about over on social media, music brings people together!

This album means A LOT to me as two of the most amazing people in the business are heavily involved in making her finest album yet. I have been an avid fan of Sunny Sweeney since her early days of “Heartbreaker’s Hall Of Fame”, and her stint with Big Machine Records. Back then, she was one of the most overlooked artists out there, and she has earned my adoration due to her passionate love for the Opry and it’s core foundations.

I inject this portion into EVERY article I write about her and her music, I myself as an avid fan and patron of the Opry, feel that she has more than earned a place among the ranks of membership. There is no doubt in my mind that she would join with the current members that ACTUALLY DO play there, and uphold that tradition.

I am going to skip around on the songs here, as I am still taking all of this in over here. I want to focus now on the title song called “Married Alone”. Even though Miss Sunny is not one of the writers, her vocal delivery of the lyrics convinced me as a listener that she is indeed LIVING the song. And she has….and one of the co writers has.

Mr. Josh Morningstar is one of my favorite people in the game in many ways. He is a good friend, and a truly talented man. This quickly became my favorite song he has ever had a co write on, and I am very proud of the songwriter he has become. However another song on the album he co wrote with Miss Sunny and Mr. Channing Wilson ( who wrote “Black Jesus” for Mr. Jason Eady ) , called “How’d I End Up Lonely Again”. This song marks the absolute end of a marriage and the time that your body and soul winds up in the embers of the aftermath.

What made it even MORE special was the guest vocals by one of the people from the 80s Country scene that I consider a Legend….Mr. Vince Gill. That right there is simply the icing on the cake. Many of us that have been through a divorce to where you and your spouse simply grew apart while together.

Overall this album is by far one of the saddest Country albums I have heard in the last 10 years, adding yet another emotional chapter of her own life for her fans to absorb. Her albums in succession take you on a wild ride of her own life’s ups and downs, where her fans can identify with how she was feeling at that particular time. Her albums have themes of the high points of being married and being on top, and they stretch toward thee bitter end…..and that is where this albums culminates.

One of these songs I do remember hearing live a few months ago was the song “Tie Me Up”, a song of   irreverent  feelings for a relationship’s rules and conduct. It is a witty anthem for the single people that live on the edge of taunting people who are “tied down” to an exhausting routine of a relationship.

This album once again features some mighty fine songwriting from Mr. Buddy Owens again, as he wrote two songs on her third album ‘Provoked’. One of the songs that resonated to me the most on here was the song ‘Wasting One On You”. When you meet someone you think may be a good fit to have a relationship with, even if you are in denial, this song is a push out the door of the world and give it a try.

Sunny Sweeney, With The Help Of Paul Cauthen, Paints A Beautiful Picture Of A Hard Reminder In “A Song Can’t Fix Everything,” Co-Written with Lori McKenna

“Sunny Sweeney has a lot to say, I knew that from the beginning. The opportunity [to produce] arose from heaven’s gates. I believe truth and honesty outweighs any sex or genre. This is undeniable…don’t put it in a box and if you do, the box is Sunny’s. Listen to what is real.” -Paul Cauthen

June 3, 2022 – Nashville, TN – “I was stepping into the elevator at my hotel as we were leaving Chicago after a great run, and this title popped into my head,” says prolific songwriter and singer Sunny Sweeney of her new tune “A Song Can’t Fix Everything.”

Sweeney, an artist known for her uncanny ability to straddle the line of demarcation between Texas Country and Nashville Americana, recounts the lightbulb moment, saying, “Despite the fact that music is so special to me, and always has been, and can lift me up and bring me out of a funk, I was having a shitty day. I only wanted to stay in bed and listen to Tom Petty.”

What she and Lori McKenna wrote in the final version of “A Song Can’t Fix Everything” is at once uplifting and heartbreaking.“That song can’t bring my mother back to life,” Sweeney sings at the song’s start, before recounting the many ways that music may be able to transport us to the past but can never fix it. “It’s about just trying to find those three minutes of happiness you get relating to something and taking yourself out of your everyday life,” says Sweeney.

“Letting yourself slip away, it can feel like it’s going to be ok, even if, ultimately, it may not be.” Sweeney is joined on vocals by the song and album’s co-producer, beloved Texas musician, and larger-than-life personality Paul Cauthen.

“A Song Can’t Fix Everything” is the first single from Sweeney’s upcoming album Married Alone—out on September 23rd via Thirty Tigers. Produced by Cauthen and the Texas Gentlemen’s multi-hyphenate Beau Bedford, Married Alone is Sweeney’s finest work yet, bringing together confessional songwriting, image-rich narratives, and no shortage of sonic surprises for a loosely conceptual album about loss and healing.

Recorded at Dallas’s Modern Electric Sound Recorders and was mixed by the whole team with the help of Jeff Saenz—beloved Dallas-based producer and owner of Modern Electric—upon his unbelievable return to work after being electrocuted in a freak accident. Fans can listen to “A Song Can’t Fix Everything” now at this link and pre-order or pre-save Married Alone ahead of its release right here.

In addition to the release of Married Alone, Sweeney has a song featured in the upcoming film VENGEANCE, the directorial debut from writer and star B.J. Novak (The Office) and her tour resumes tonight in Mesa, Arizona. A full list of tour dates can be found below or at sunnysweeney.com/tour. 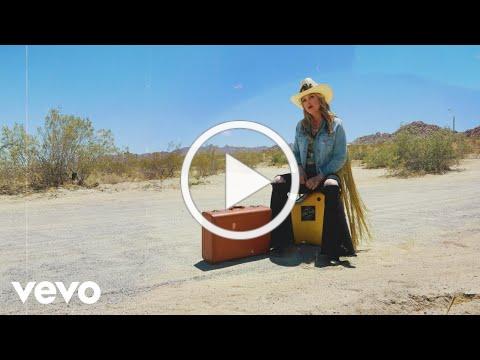 More About Married Alone: Opener “Tie Me Up” declares that, despite its loose theme, Married Alone is not a somber record, with Sweeney in full spitfire mode and cheekily declaring to a would-be suitor, “You can tie me up, but baby you can’t tie me down.” Cauthen’s and Bedford’s production especially shines on the track, which would sound at home at a roadside juke joint or in front of thousands of fans at a festival.

Cauthen joins Sweeney on the aforementioned “A Song Can’t Fix Everything,” one of the album’s rawer moments. “Want You to Miss Me” is an honest take on the complexities of a difficult breakup, with Sweeney’s nimble vocal wavering between defiance and doubt. “Easy as Hello” is Sweeney’s writing at its finest, channeling the heartache that comes with the end of a treasured relationship, for a track that recalls—vocally and lyrically—the work of Stevie Nicks.

“Someday You’ll Call My Name” reads like a break-up kiss-off—and it’s a great one, at that—but the song, pulled from Sweeney’s vault, was originally inspired by her early days as a musician, longing to be recognized by major country institutions like the Grand Ole Opry. She and co-writer Brennen Leigh reworked their 10-year-old version of the track to better fit Married Alone, and that session helped set the tone for what would become the full album.

The full potential of the album really revealed itself, though, when a friend sent Sweeney a demo of what would become its title track, “Married Alone.” Though she wasn’t a co-writer on the track, Sweeney felt her own story reflected in its lyrics. The song, which features a particularly emotional guest vocal from living country legend Vince Gill, charts the painful moments sometimes experienced in marriages that have run their course. “There may be rings on our fingers, but we’re married alone,” she and Gill sing, over weeping pedal steel and reverbed guitar.

“My jaw hit the floor when I heard that song, because I had just gone through my second divorce, which is also cliche of a country singer,” Sweeney says, with a laugh. “I was still pretty raw about my divorce, but also very candid and trying to find levity in the situation. You have to be able to laugh at yourself at some point and not let it just totally get you down.” A few months after securing the song and mining her own vault for a tracklist, Sweeney traveled to Dallas, TX, to record—alongside Cauthen and Bedford—what would become Married Alone.