The Bluegrass Hall Of Fame Welcomes The Riders In The Sky. 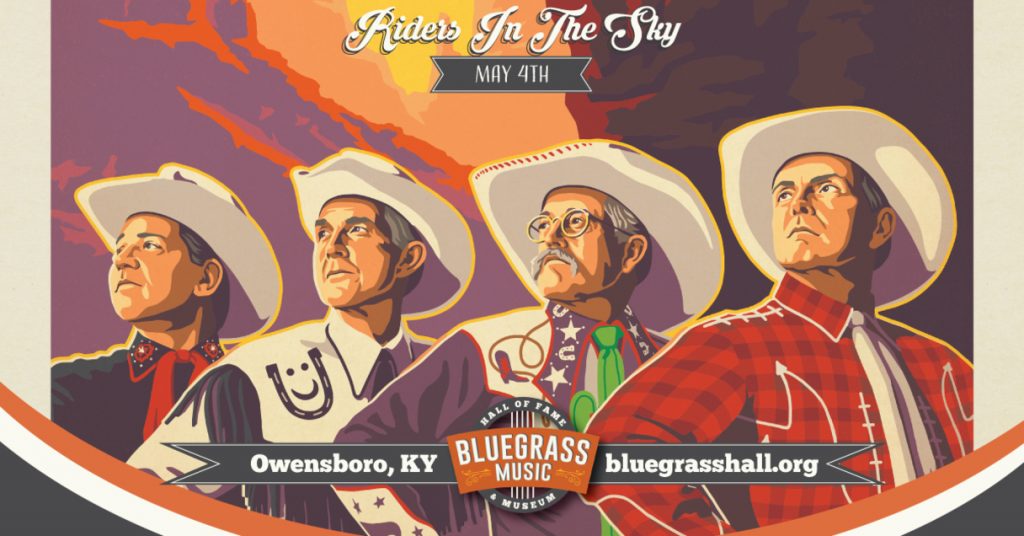 For more than forty years, Riders In The Sky have led the way in Western music, a genre pioneered by Gene Autry and Roy Rogers. Known for legendary wacky humor and way-out Western wit, the band has continued to take their music to new audiences.  In 1982, Riders In The Sky became the first, and to date only, exclusively Western music artist to join the Grand Ole Opry, the longest running radio show in history, and thus began a love affair with radio. In 1988, they recorded comedy skits for the album Riders Radio Theatre and launched the long-running international weekly radio show of the same name on public radio.

In 2001, Riders In The Sky garnered their first Grammy for “Best Musical Album for Children” with the immense success of Woody’s Round Up from the Toy Story movie franchise.  A few years later, they earned another Grammy in the same category for Monsters Inc. – Scream Factory Favorites, the companion album to Pixar’s Monsters Inc.

Riders In The Sky bring their Western style and ‘Cowboy Way’ to the Hall of Fame for an entertaining trip out west on Saturday, May 4th.  Tickets are on sale now!

Remembering Hall of Fame Member Mac Wiseman
We’ve lost a treasure in bluegrass music with the passing of Hall of Fame member, Mac Wiseman. Known as the ‘Voice with a Heart,’ he left an indelible mark on the genre. To read more about Mac Wiseman and his impact on bluegrass music, click here for his inductee biography.  Here’s a clip of Wiseman from our Video Oral History Project, filmed in 2006: 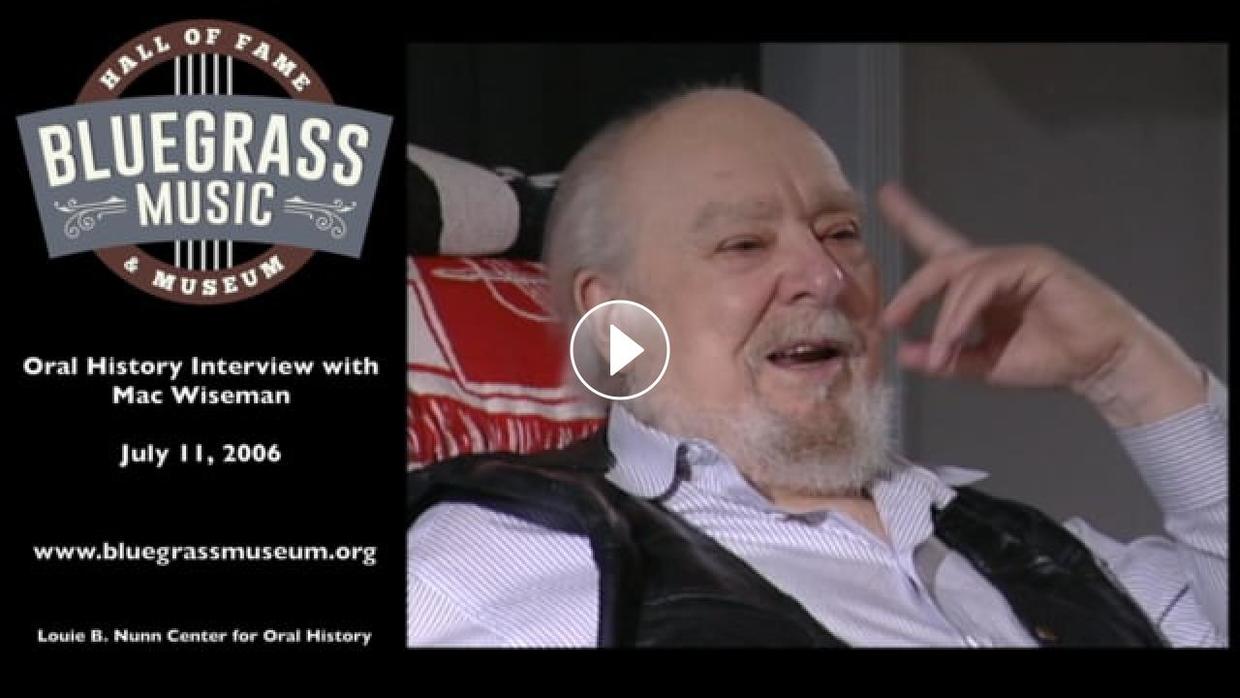