The Standard Deluxe Welcomes Mike And The Moonpies 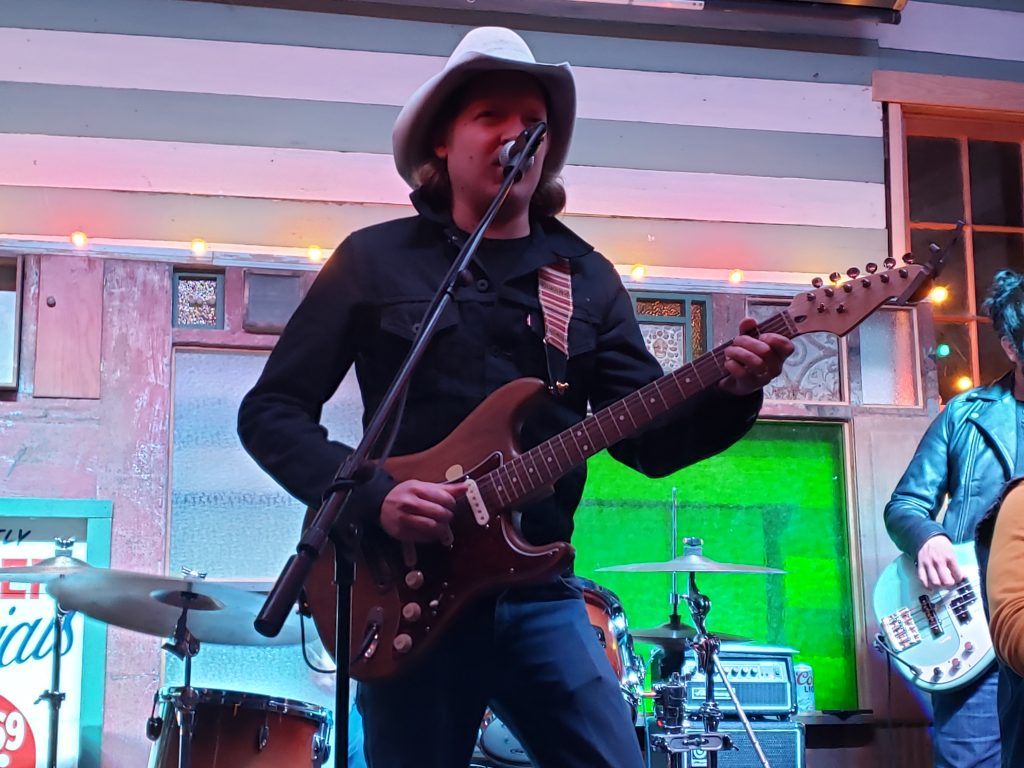 Mike and The Moonpies

On Sunday March 31st, 2019, I got to scratch a concert venue off my bucket list.  I have wanted to go to the Standard Deluxe in Waverly, AL and see a concert at their “Little House” room ever since I heard of it.  This is a small room with what I think is a capacity of 65. However, they book acts you would normally see in bigger rooms. I was excited to finally get a chance to go to this venue for my first time seeing Mike and The Moonpies.  I have been a fan of the band for a few years but they rarely make it to my area in the southeast for touring. There was no opening act and the band ripped right into one hell of a set.

When you pull up to the venue, you realize right away that this is a small place.  You park on the side of the street and the first thing you see is the feed shack. I didn’t have time to eat this evening, but it looked like good food.  I couldn’t pass up the opportunity to add a Standard Deluxe hat to my collection of hats. The gift store is a separate building next to the feed shack. From there, I went on into the little house, and it was a small place.  I didn’t have much time to take it in fully because the show was just about to start.

Mike and The Moonpies Jamming on “Damn Strait”

The band opened with the barn burner “Road Crew” off the band’s most recent album Steak Night At The Prairie Rose.  This was one of my favorites off this album and the band was on point from the first note. Next they hit “Mockingbird” off the album by the same name.  That was followed up by “The Last Time” and “Damn Strait”, both songs written by longtime friend of Mike And The Moonpies Jonathan Terrell. I particularly enjoy “Damn Strait” which is on The Hard Way album.

The band then hit “Steak Night At The Prairie Rose” which is probably my favorite of Mike’s autobiographical songs.  Another great tune they hit off that same album was “Might Be Wrong”. Mike mentioned that the band has a new record pretty much done and played a new track called “You Look Good In Neon”.  I can’t wait to hear the studio version of this because it was a bit of strong songwriting that I want to hear again. The band got to a deeper cut I wouldn’t have expected them to play in the single only release “Country Music’s Dead” which I loved when it was released.

They got to one of my favorite Moonpies songs “Me And Hayes” off the The Hard Way album.  It was paired with an amazing cover of “Willie, Waylon And Me” by originally by David Allan Coe.  This was easily a highlight of the night for me. There was another new song in the set called “Danger” which has me even more hype for the new record.  The band also hit “Beaches Of Biloxi” and “We’re Gone” from the newest album before closing the night out with “The Real Country”.

Mike and The Moonpies at The Standard Deluxe

I highly recommend checking out Mike and The Moonpies live when you get a chance to.  I also can’t say enough good things about the Standard Deluxe in Waverly, AL. The Little House is a great listening room and I don’t think you will find a better small crowd venue in the southeast.  I hope to get to see one of their bigger concerts at some point later this year in their outdoor venue. You can find Mike and The Moonpies tour dates here and you can find info on the Standard Deluxe here.