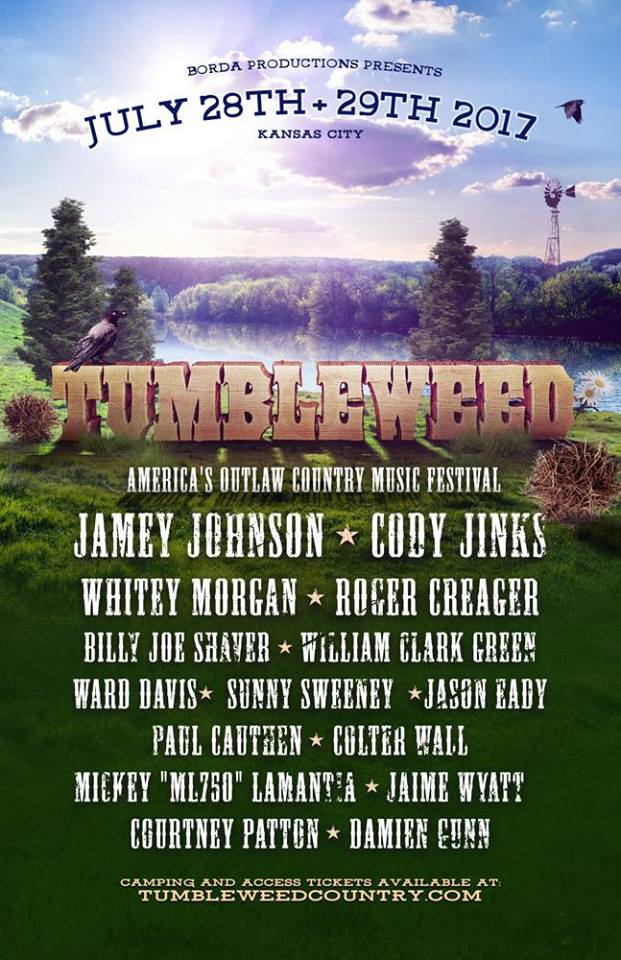 I been hard at work for Tumbleweed Festival lately, as I have been on vacation from my “normal” job. I have talked with many people and artists. My friend and partner Miss Kristie who runs the vendor company Rebel K Child does what I call “The Back End” of the festival. That’s the area YOU are in as fans and BY GOD IT’S THE IMPORTANT AREA, you see I’m in the “Front End” of the festival backstage making sure the set list is correct, and the band is hydrated correctly. Without the support of the fans there would BE NO local music, I don’t care WHAT genre you play.

It’s MY JOB to be a sober, positive representative of the brand I am working for to bring YOU the BEST coverage of the event from a media standpoint. It’s MY JOB to KNOW every song EVERY artist played and what they said on stage, it’s MY JOB to bring you news and upcoming events that YOUR favorite people are doing.

You know many old tales abound about how all the Outlaw stars hung out at each others  houses partying all night, and it may have happened periodically. But this business is push push push, and if you hang around me long enough you’ll see I don’t screw around. I’m VERY PROMPT and timely, if you are scheduled to call me at 4 or I’m scheduled to call you at 4 you better bet your butt I’ll call.

We don’t always have time to STOP and chat, and that was the case with Miss Sunny Sweeney last week, I DID get to talk with her a little bit and I did get to ask her some things about this event. When I asked her what she planned to bring to the table to Tumbleweed she had just one reply…”Country Music”. Who’s to argue with her, I mean hell she has been hard at work for several years develpoing her own style.

She’s often placed alongside Red Dirt artists which Tumbleweed will be bringing into the mix with Outlaw Country artists out there in Kansas City. But to be honest she’s been around longer than many of the Red Dirt artists, as her first album “Heart Breaker’s Hall Of Fame” was released in 2006 before she signed on with Big Machine. It was re released in 2007 as her debut album and back then many of the primary Red Dirt artists weren’t in the spotlight yet, aside from a few I could name and that’s NOT saying anything negative because I love Red Dirt Country.

She doesn’t consider herself Red Dirt or Texas Country, once again I asked her  what she classified her music as and she quickly replied “Country”. I did get to ask her what writing with Mr. Bob DiPiero was like (he was the co-writer on the song “From A Table Away” on her second album). And she replied that “it was really fun to have that experience, and he was a truly nice guy”.

She broke barriers with her third album “Provoked” which took a totally different direction for her as a songwriter and featured some different vocals. Additionally I enjoyed her third album more because I love the song “You Don’t Know Your Husband” which was co wrote by Pistol Annie member Angaleena Preseley.

I dissected “Provoked”  as an album more heartfelt and personal, however she carried it even further into that personal realm with her new album from Thirty Tigers called “Trophy”. That album is already on everybody’s TOP list already for 2017 I’m quite sure.

We chatted for a short period of time about all kinds of things, and I wanted to feature her and let people that didn’t really know her or her music become familiar with it. Unlike  many of the other artists on this bill Miss Sunny and I have never met in person, I have been around her but always in passing. So I think basically she and I had more of a personal conversation and that’s OK too, because one thing I have ALWAYS RESPECTED about Miss Sunny is the fact she is an AVID Opry performer. On August 25th she will play her 50th Opry appearance, and to be honest when you watch her play there you can FEEL the love she has for that institution.

I told her that I would include this in my article for DARN SURE that I have been heavily pushing for her to be inducted into the Grand Old Opry membership, I firmly believe that as often as she performs on that stage and the passion she possesses for the proliferation of Country Music history, she deserves to be inducted as a member in the near future. It is a life goal of mine to make certain my daughter can have the ability to call her a Country Music legend.