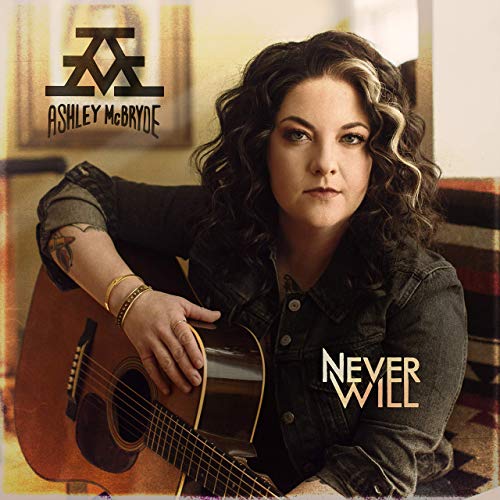 I have been a big fan of Ashley McBryde ever since her hit song “A Little Dive Bar In Dahlonega” came across my radar way back in 2017. 3 years later we’re getting the follow up to the 2018 album that contained that song with her new record titled Never Will.  This album continues where Girl Going Nowhere left off with a mix of solid country gold and 90’s country influenced tracks.  This album is sure to be a favorite and will likely land at the top of many country fan’s album charts when 2020 is all said and done.

The first song anyone heard from this record was “One Night Standards.” It’s a great track with a smooth sound meant for the radio.  It’s an interesting twist on classic cheating songs that you don’t often hear these days.  Another interesting track is “Shut Up Sheila”.  It’s a very simple guitar track with some interesting percussion in the background.  It’s a song about not letting go of who you are, even in the toughest of times.  I dig the rock riff that comes in in the final third of the song.  Another great song is “First Thing I Reach For”.  From the awesome opening riff, you know this is a great country track.  I love the pedal steel throughout this one.  It’s all about how we keep going back to the things that we shouldn’t, especially in relationships.

My favorite track on this record comes in the revenge murder ballad “Martha Divine”.  It’s a great story telling song with a classic rock and 90’s country inspired sound.  You don’t always hear murder ballads that are this dance-able.  I love how the title track of both of Ashley McBryde’s major label albums have been about how she has denied critics throughout her career.  This song in particular is about not selling out to get where she is and how she “Never Will”.  Finally, the last song on the record is a fun and different kind of song to end the album on.  It’s the only song she didn’t write on the album and it is written by Randall Clay.  It’s a funky song and she kind of raps the verses but it works because it is a bit of a silly tribute to “Styrofoam”.

This album is the perfect follow-up to Ashley’s great 2018 album Girl Going Nowhere.  It features the same classic country mixed with 90’s country and classic rock sound.There is some good songwriting here and I love how she tells a story that can center around a place, an object or a person.  I can’t wait to hear some of these songs live and see what is next for Ashley McBryde.  Never Will is out everywhere as of April 3rd, 2020.  You can support Ashley McBryde and find out everything she is up to on her website.