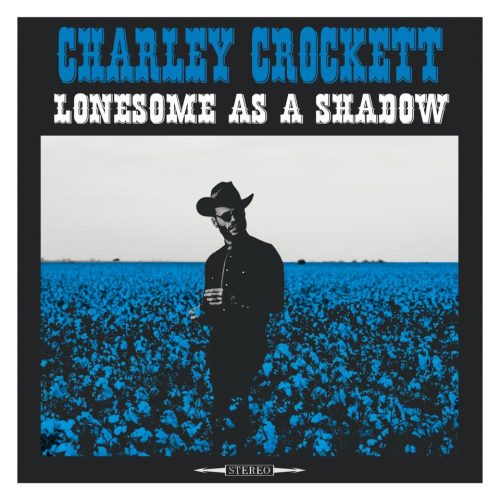 Charley Crockett is back with his fourth album following 2017’s Lil G.L.’s Honky Tonk Jubilee which consisted classic honky tonk covers.  Lonesome As A Shadow finds Crockett stepping out on his own and recording his own songs again with great skill and flexibility. While Lil G.L.’s Honky Tonk Jubilee was a pure country record, Lonesome As A Shadow finds Crockett playing with blues, soul, cajun and even rockabilly influences.  It should be no surprise that there is a strong Memphis influence as the album was even recorded at Sam Phillips Recording in Memphis.

One of the early pre-release tracks is a rockabilly inspired tune called “Lil’ Girl’s Name”.  This track is just one part of the melting pot of influences that make up this album. It fits within the context of an album that finds Charley exploring many sounds to find his own.  Another interesting track is “Goin’ Back To Texas” which has notes of Texas country music and cajun influences. I enjoy when an artist plays with different influences and does so successfully.

Another favorite is the slower tune “Help Me Georgia”.  This is almost a smooth jazzy tune with some smooth keyboard and sax work.  The title track “Lonesome As A Shadow” finds Crockett returning to a more country sound with some nice honky tonk piano work.  I find myself going back to this track more than others.

Lonesome As A Shadow is all about Crockett stepping out into his own sound and exploring what that sound is.  After doing an entire record of classic country covers, Crockett finds himself doing his own tunes with country, blues, soul, jazz and cajun influences.  While I enjoy an album that represents a melting pot of influences that is done well, I hope he can find his sound within this wide range of influences. Look for Lonesome As A Shadow out everywhere on April 20th.

Favorite Tracks : The Sky’d Become Teardrops, How Long Will I Last, Help Me Georgia, Lonesome As A Shadow, Lil Girl’s Name, Goin’ Back To Texas