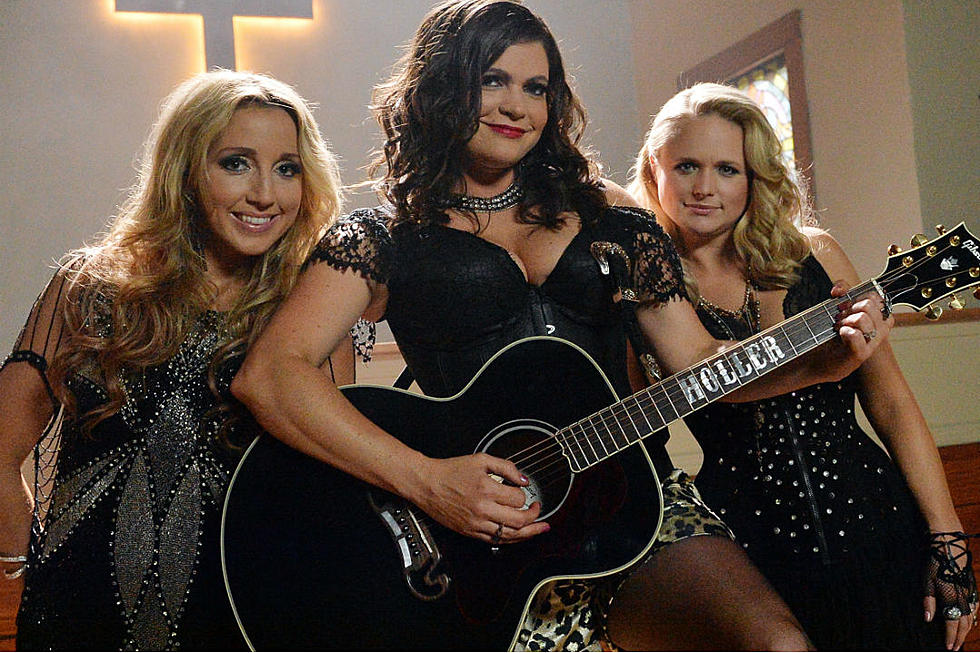 Last year when the Don Williams Tribute Album was recorded it ushered in a new future for the Pistol Annies to reunite as a trio again, as often times the three of them independently hint off too. I mean seriously the really didn’t break up to be honest, they just kind of put it on the back burner.

Miranda Lambert is riding high off the success of her mega album “The Weight Of These Wings” and recently bought the other two out for a few Annies songs during her concert. Just to get the “feel” back they said, and it felt GREAT they reported to many media sources. Although Miss Miranda has been garnering a LOT of negative press concerning her private life  with Turnpike Troubadors leader, they haven’t lost any steam to move ahead on plans for new Pistol Annie’s music.

Miss Ashley Monroe  has just released her fourth album here last month, and although it’s still growing on me, it has been met with much critical praise here lately. Additionally Miss Angeleena Presely’s latest album “Wrangled” made many of a TOP 50 lists. I myself enjoyed her first album more, and as for Monroe I enjoyed “Like A Rose” the most. ALL THREE of these gals have a knack for haughty songwriting and catchy hooks that add a trashy polish to a well written song.

Apparently all three gals stay on a constant group text, and communicate often but she cannot release names of songs or what they have planned for us. She has stressed that some of her favorite songs ever have been penned and they have meeting at Miss Miranda’s  farm, they really hunkered down and got some good material. I also have a feeling in light of all this dating drama the Turnpike Troubadors will also be involved somehow.