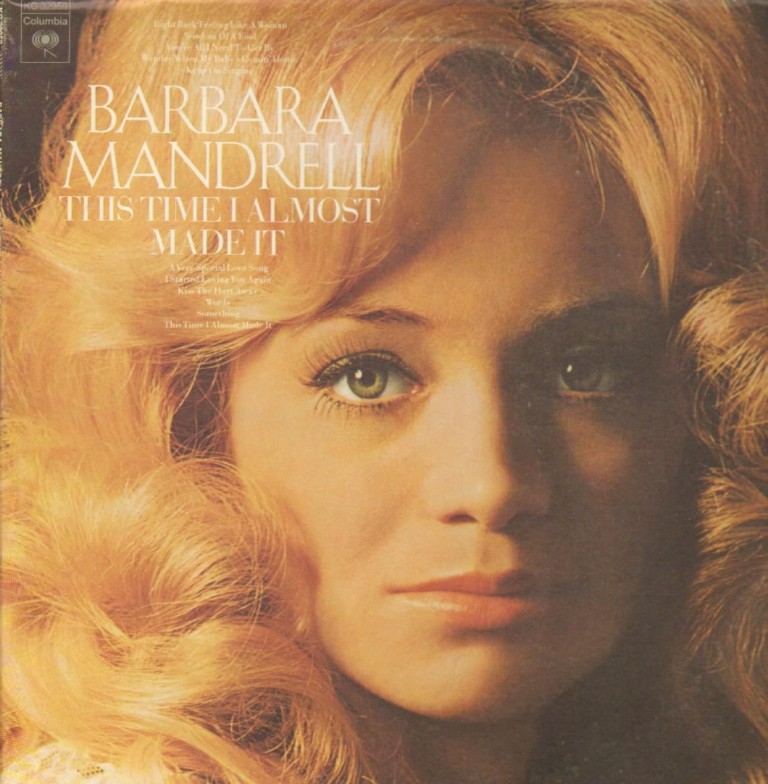 So this past week as I was in Nashville working on finding hotels for another project I have going for a festival I stopped at Ernest Tubb Record Shop, and I learned of some truly wonderful news about Barbara Mandrell. NOTE: The above photo is NOT the album cover on this, right now I haven’t got one, this is the cover of an album from her 1974 album “This Time I Almost Made It”. Now that aforementioned album will be on this project in it’s full version plus the unreleased songs for a total of 20.

See a lot of people just do not understand the full potential of this woman’s music and abilities. In fact she is one Country Music’s most overlooked artists in many ways. She is a champion behind the steel guitar and so many other instruments she’s almost like Price..she can play anything!

Back in the early seventies she began doing work for Billy Sherrill at Columbia and he was busy producing many of the Country Music “Outlaws”, in fact he almost invented the idea of it all. Maybe not historically but he had one hell of a hand in forming it. He was then busy with Tammy Wynette and Johnny Paycheck and many more, and in 1975 he had to let her go after she released some of her finest work in my opinion.

After that she did a lot of pop country (for it’s time it truly was pop) and bluesy type stuff that truly wasn’t bad. This will be a twenty song release of the album “This Time I Almost Made It” with some unreleased songs as well and will be made available to buy from Real Gone Music the week of Feb 12th next year. The seven tracks are from her beginning Columbia sessions in 1969-1971 and a Joe Maphis tune.