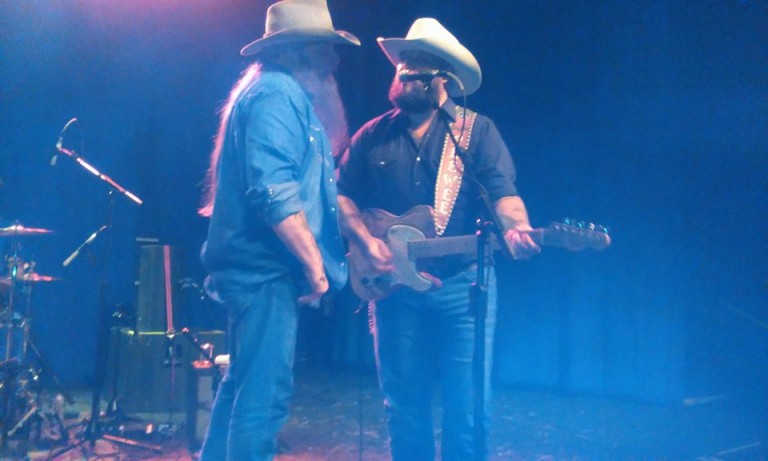 The Exit/In is a great venue in Nashville to see a show at. Unless it is extremely crowded I enjoy going to see shows there and will continue to do so. I have been off for a few days for my holiday break and last night I came down to town to see Peewee Moore and the Awful Dreadful Snakes, A Man Called Stu and Dallas Moore and I had a wonderful time. I have some news about these artists and I have a short recap of the show last night I would like to share with you.

BOTH Dallas and Peewee Moore made my TOP 50 albums of 2015 this past week, that’s right both of these artists released truly good albums this past year. I was very excited about this show and got to Nashville early to do some research for another project I have going for an unrelated festival.

I have previously covered tons of Dallas Moore shows in the past and every one of them I have always had a good review of them, last night was no exception. Even solo acoustic sets of his are enjoyable, in fact his guitar solos are influenced by many genres. His studies of music reflect his performances when he is without his backup band, NOT taking away from his band.

This man does a LOT of shows and traveling for his living IN FACT upon talking last night he told me he played an uncanny amount of 326 shows in 2015. He plays ALL OVER the country playing his style of Country Music and he is truly an all around good guy. Shortly I’m going to tell you about some NEW Dallas Moore music and plans for 2016.

He began his show with “Rolli’n On” and then he followed that with some releases off his latest album with “a Bottle And A Bible” and one of my favorites “Raising Hell And Slinging Gravel”. Now folks I’ll tell you some EXCLUSIVE NEWS you will see HERE FIRST (as far as I know)..January 2nd he will return to the studio and record a NEW album. His set included one of the new songs which shall be his first single off of it called “Shoot Out The Lights”. So there you have a really cool scoop from me, I listen for things..that’s my job.

His next song is the number one video for six weeks and it is called “Twisting Through Texas” and he followed that with another song from “Dark Horse Rider” called “Up On That Mountain”. He brought up a special guest that was there last night Waylon Payne, now Mr. Waylon is the son of Country Music Legends Jody Payne and Sammi Smith. He played ‘Solitary Thinki’n” and joined Mr. Dallas on the song “El Cerrito Place”.

“Crazy Again” was followed by “Blessed Be The Bad Ones”. Then he played his instrumental he promised me he would play “strangle Some strings” he calls it. This was truly an exciting set but hey I still got a bunch more to tell you, you know a lot of people ask me why don’t you get more pictures with all these guys? Well it’s cause I’m busy taking notes so I can bring YOU these awesome articles..ha ha.

I want to tell you about an artist I finally got to catch up with I never covered on this website until now. His name is Stu Arkoff AKA A Man Called Stu. He is headed to Europe in a few weeks, last night he had local steel guitar Legend Andy Gibson playing with his band. As I sat back and listened to this wonderful sound I heard the direct influence Kayton Roberts has on Mr. Andy. Kayton was as most of you know a Rainbow Valley Boy for Hank Snow, and Mr. Andy is producing some of the finest albums you will ever find.

He is taking the single he has out called “My Dark Past” and working on his album slating an early 2016 release which has my attention along with a few others I know 2016 will bring. He began with “Ramblin Man” in the style of Hank Williams Sr as he made it evident with that sound he was influenced by Hank heavily. He was a member of the Psychobilly band “Zombie Ghost Train” from Australia who was known for wearing makeup and having wild stage shows during the Myspace era.

The next songs I recalled were called “Hell Train” and of course “My Dark Past”. However he played a few obscure covers last night that I really enjoyed, and I enjoy how deeply he digs into songs like Charlie Louvin’s “See The Big Man Cry, Momma” and his last song “Live Fast Love Hard Die Young” by Faron Young.

He also played “Pistol Packi’n Momma” which in the past I have heard Hank 3 play and another song called “She’s My Witch”. Ironically enough Bing Crosby recorded the first version and I think also a band called the Flamin’ Groovies recorded it.

Peewee Moore also released an album that made my TOP 50 of 2015 released on Rusty Knuckles label. VERY GOOD album with “Nickajack Dam” being one of my favorite songs he does. But he opened his set with “Making Sure The Stories Being Told” and followed that with “Leaving Side Of Gone”.

His next song was “Mother Trucker” a song recorded by Billy Joe Shaver and he played “Breaker”. Next he played a song that Buck Owens made popular ” Truck Drivin Man” that was written by Terry Fell. Buck Owens had played in Terry’s band and in 1956 got the rights to record it and I know of 22 artists that have cut it on various albums.

He played “So They Call You An Outlaw” and “Running Moonshine” and another favorite of mine “Worn Out Old Guitar”.
A lot of original songs were played last night and that’s not a bad thing at all “Leaving With The Band” is one of them that were truly good, great set last night. The last songs were “Woman” “No Place Left To Fall” and “Running With The Devil”, and he closed his set with an extra long version of Gospel songs that he brought Dallas Moore up for. “I’ll Fly Away’ Swing Low Sweet Chariot” and “I Saw The Light” which changed into a few other well known Gospel songs we all know. Altogether it was truly a GREAT performance by a bunch of good guys and well worth the small door fee.