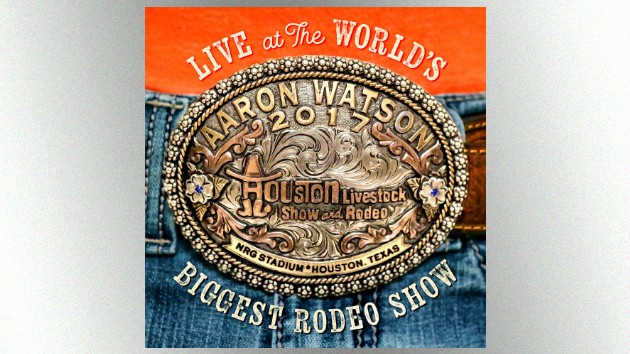 Aaron Watson is a household name in the Texas Music scene, and someone I have been keeping my attention on for some time now.  And just recently he released a new video for the song “Run Wild Horses” from the newest studio album called ‘Vaquero”.

He has been touring relentlessly across America, and involved with many festivals. Right now we are eagerly awaiting his LIVE album called ‘Live At The World’s Biggest Rodeo Show”, which was recorded in front of 65,000 people on the opening night of the Rodeo Houston in 2017.

When ABC News spoke to Mr. Aaron he had this to say:

“We had planned on releasing this album in the second half of 2017, but after the storm it just didn’t feel right,” Aaron reveals. “I’ve always wanted my music to do good in the world and it became clear that there was a real opportunity to hold onto this project and release it on the one year anniversary of the hurricane.”

“So much of my home state of Texas was affected,” he adds. “Hopefully by bringing the recovery efforts back to the forefront, it will remind people that there is still so much work left to do.”

In addition to the live retrospective of Aaron’s 18-year career, the set also includes the acoustic bonus track “Higher Ground,” which he wrote while the storm was happening.

Aaron Watson Live at the World’s Biggest Rodeo Show, the “pioneering independent’s” (Cowboys & Indians) 14th album and his first live album in nearly a decade, is set to release on August 24, 2018, marking the one year anniversary of Hurricane Harvey’s landfall on the south Texas coast (August 25, 2017). The Category 4 storm caused $125 billion in damage according to the National Hurricane Center and impacted 13 million people in 41 Texas counties. $1.41 from each album sold will benefit the Rebuild Texas Fund, in recognition of the widespread devastation across Watson’s beloved home state. Recorded live in front of 65,000 fans on opening night of the 2017 Rodeo Houston, the album is particularly poignant to the Texas born-and-bred singer/songwriter.

Here’s the complete track listing for Aaron Watson Live at the World’s Biggest Rodeo Show, which comes out August 24:

Band on the Wall

The Stage at Silver Star Steakhouse