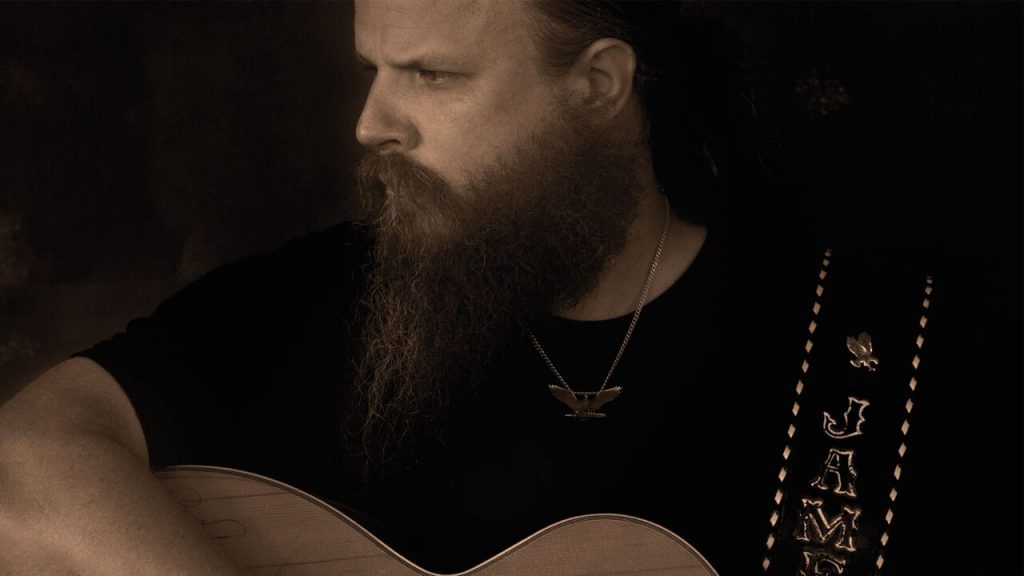 Last week, a story surfaced about Jamey Johnson calling a couple of unruly concert goers on stage and before they knew what happened he had his belt off and was swinging.  If you think this story sounds a bit far fetched, you wouldn’t be alone. Many have called the story questionable and have pointed to a couple of facts about the coverage of this story.  First, there is only one country music website covering the story and that website has a questionable reputation in some circles. Second, the author of the story only uses anonymous sources in the article.  Finally, there is no video or photographic evidence of Jamey Johnson taking his belt off on stage.

With all of the questions surrounding this story, I decided to do a bit of internet journalism myself and track down some corroborating accounts and maybe even find that elusive video.  Well, I have yet to be able to track down a video or photo of the incident, but I have obtained 3 independant reports from individuals who were there that night. I searched Facebook for people who either checked into the event on Facebook or showed interest in the event before it happened.  I also got one account from someone who said they were there after the story surfaced. These accounts all confirm that the incident took place, but the details somewhat differ between accounts on various things. The one thing I could confirm from my three accounts is that it might not have been as sensationalized as the original report made it out to be.

I am going to reprint the three accounts as they were told to me via Facebook messenger.  I have cleaned up some spelling and removed parts of the conversation that did not relate to the story :

I am kind of a conspiracy theorist.  I think it was staged personally because there was a large drunk guy in the upper deck Jamey was trying to send a message too that got escorted out 2 songs later for being loud.

Jamey called the guy up and it look like to guys getting called to price as right helping each other up on stage, no security was there, Jamey talked to a roadie just prior to it… when Jamey swung the belt the guys were already retreating. Jamey addressed the crowd that where he is from you don’t yell at the singer. Like I said. I think it was pretty well planned…

The two guys didn’t engage and I am thinking most intoxicated people would have tried fighting back, especially 2 in 1

I was a few rows back. It went by fast to be honest the whole place was singing In Color the song was done he asked the guy in the stands to come up pulled his belt off then pushed him down and told him to leave the concert. The guy was being disrespectful towards Jamey

I noticed Jamey waved them to the stage they were sitting in the front row just off of Center. It happened relatively quickly the first one jumped up on stage leaving his friend still seated. Jamie then flag both of them to come up onto the stage. When the second individual walked up like a flash Jamey had his belt off gave them a couple of lashes they fell to the floor in shock. Then security grab them and dragged them off stage. Unfortunately about 50% of the audience got up and left after witnessing that. I myself stayed till the end it was probably the best concert I have ever been too.

To be fair to Jamey it was purely a drunken debauchery during event. People were screaming yelling at the bands and drunk.  Up in the balcony after the incident, I half a dozen guys begin a fight that lasted for about 30 minutes outside in the parking lot.

With that being said the venue may not have been the best for the crowd that showed up. Also if they would’ve had any type of security removing these types of individuals that were intoxicated, it never would’ve went this far.

just remember this venue, I would have a hard time believing holds more or even 500 people.

I also contacted the venue who offered no comment on the incident and I contacted Jamey Johnson’s press contact who has not returned my email at time of publication.

While there are some differences in the stories, each individual confirms that it happened.  It is up to you, as the reader to decide where to take this story from here. My own take on the event is that it happened very fast and it was probably a long time coming for the individuals who were called out.  We have all been to a concert with someone who got a little too drunk and does nothing but yell at the stage the whole night. It seems to me that Jamey had an overly unruly crowd and he picked a couple of individuals who stood out to send a message to some other folks who were there too.  This event will add to the legend of a singer who is slowly building a legacy of being non conformist and lashing out against what he sees as wrong.

I have personally been in crowds when musicians have called out unruly behavior from stage and had security deal with the issue they had a unique vantage point of seeing.  It is always a bit comforting to know that they can see what is going on and won’t stand for it. Jamey Johnson’s response was a bit over the top, but sometimes you have to be over the top if you’re in a rough room.

I will close with a word of advice to concert goers.  You might not think it because they will tend to ignore you, but musicians can hear you from the stage.  They can hear your insults, your constant requests for that one song on that one EP that the band doesn’t know and will never play, they can even hear your loud drunken coversations.  They can hear you and are probably as annoyed at you as the people around you are, even if they don’t show it. Please be respectful to musicians and those in the crowd around you when you attend a concert, and maybe next time you go to a concert,  you won’t have someone try to whip you with a belt.