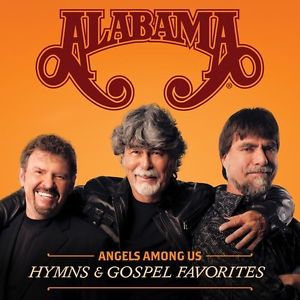 Well it seems that Randy Owen and the folks over at Alabama are
set to release a Gospel album due out September 8th and sold
exclusively through Cracker Barrel Old Country Stores.

“Angels Among Us: Hymns and Gospel Favorites: will contain 15 songs and three bonus
songs on the Deluxe edition and later in September is when the deluxe edition will be
released.

Randy Owen, Jeff Cook and Teddy Gentry have decided to market this album ONLY
through Cracker Barrel just like quite a few others have recently taken
to the chain of restaurants to market their new release.

Back in 2011 Randy Owen brought the band back to continue after their
farewell tour when he was diagnosed with cancer, and he has long
since been treated and given a clean bill of health.

And ever since their reuniting they have released two albums and have
made several Opry appearances and performed several sold out shows
across the United States and they don’t plan to stop anytime soon.

Alabama amassed over 41 number one hit singles (on a variety of industry charts)
and a dozen top-10 albums, including ten that peaked at number one on Billboard’s
Top Country Albums chart. The group had 34 number ones on Billboard’s Hot Country
Songs chart.