Album Feature: Brandi Carlile: By The Way I Forgive You. 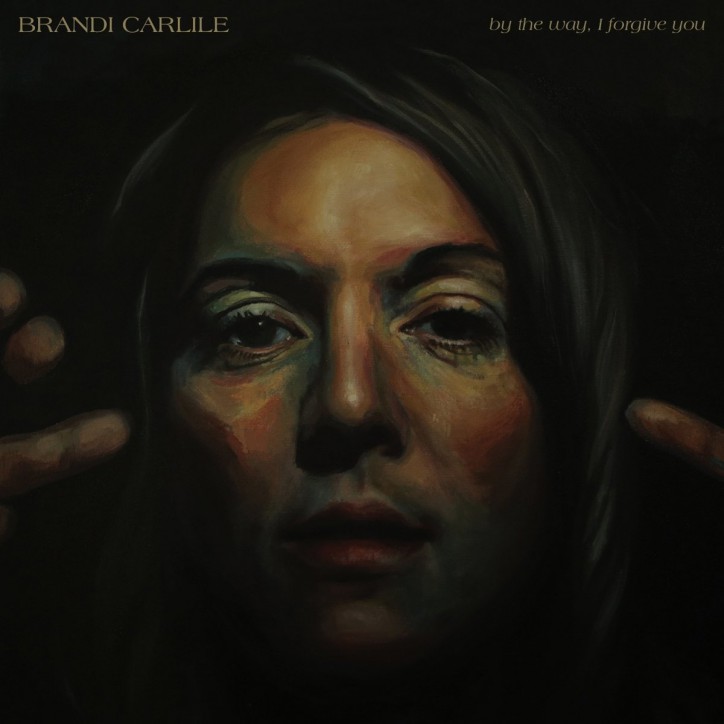 Brandi Carlile returns with her first studio album since 2015’s The Firewatcher’s Daughter.  Her new album, By The Way, I Forgive You, features production work from both Dave Cobb and Shooter Jennings and is sure to be a fan favorite release.  It goes away from the more poppy elements of some of her previous work to feature more country and Americana sounds.  It plays to her strengths as a songwriter and the music helps set the mood for every track perfectly.

The music is varied throughout the record.  From quieter more orchestral moments like “The Joke” to the faster folksy number “Hold Out Your Hand”, this album hits lots of high notes.  Shooter Jennings and Dave Cobb have created a soundscape here that is as varied as the stories featured on the songs.  The songs themselves are all hard hitting and impact and this is quite possibly Brandi Carlile’s heaviest and most emotionally intense record yet.

The album’s opening track is a rather catchy tune about a problem many people can relate to: that one song that comes on the radio that brings about a memory you didn’t want to return.  It also echoes the title of the album in the album as Brandi is forgiving of the person who ruined that favorite song for her.  Another favorite track of mine is the barn burner of the record titled “Hold Out Your Hand”.  It’s a faster acoustic romp with a catchy shouted chorus that is sure to be a concert favorite.

I love the psychedelic bend that the track “Fulton County Jane Doe” takes the album on.  The song has a very 70’s folk quality to it that echos Elton John.  “Sugartooth” is a track that takes on the opioid crisis and how someone can be a “slave to the sugartooth”.  There are more personal tracks on the album like one of the lead singles “The Mother” and album track “Most Of All”.  Both of these tracks reflect on Brandi’s family life and serve as some of the more intimate tracks on the record.

Brandi Carlile’s By The Way, I Forgive You is an emotional journey through loss and regret and pain and suffering.  It takes a look inward while at the same time examining some of today’s social issues in a way that is not as in your face as other artists can make it.  This is a very enjoyable album on many levels and will be sure to please fans of Brandi’s earlier more folksy records.  Shooter Jennings and Dave Cobb have come together to create a very layered soundscape around these songs and it’s a pleasure to listen to from start to finish.  Brandi Carlile’s By The Way, I Forgive You is available everywhere Friday, February 16th, 2018.

Favorite Tracks : Every Time I Hear That Song, Hold Out Your Hand, Sugartooth, Whatever You Do, Fulton County Jane Doe