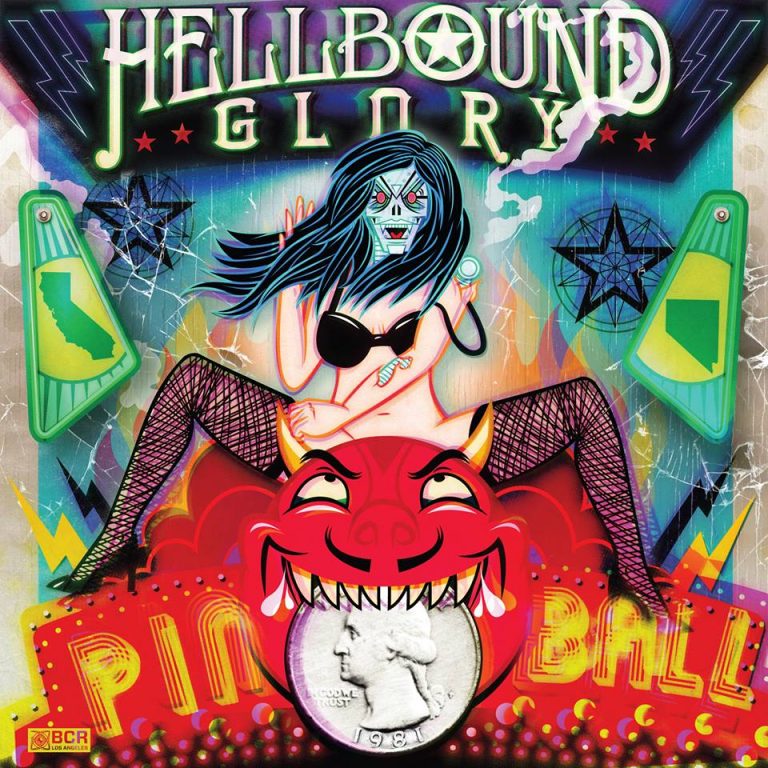 I have been waiting with VERY much anxiety to bring you folks this review of the first album from Hellbound Glory in about six years.  You know back in the Myspace days of my divorce in 2006 I started finding all of these super cool bands coming out of the woodwork. Some of them went on to be classified as “Roots Music” or “Americana”, however Hellbound Glory just called itself “Scumbag Country”.

Black Country Rock has been headed toward a RECORD YEAR on my website (pardon the pun) but if they keep up this good work they could possibly have THREE OR MORE albums on my TOP 50 of 2017. Shooter Jennings and his crew of Outlaws have been BUSY this year making corporate music jittery with some stellar releases.

Mr. Leroy’s songs have always been socially nefarious and poignant while at the same time his vocal presentation is just plain honest and real. This album is typical Leroy Virgil style and arrangement both, with a remake of a classic song from the album “Old Highs And New Lows” called “Another Bender Might Break Me”. You know folks this band is extremely special to me, because in 2006 I had a VERY expensive divorce. I lived in my car for three months because my wife left me with so many bills, I couldn’t afford rent and paying those bills.

I finally got a place and back on my feet, right about that time I found Hellbound Glory and a few other bands like them. I had many many nights where I would “Drink Until The Bottle’s Empty”..like the song “Empty Bottles”. There is a HUGE LINE in this song I don’t drink from the bottle, the bottle drinks from me. See folks on this album you get the greatest form of Mr. Leroy EVER captured on a recording, and if you disagree I am sorry for you.

Order your copy of “Pinball” today:HERE

Pinball includes 11 new songs on a translucent blue vinyl, with a CD and a download card inside! All for $20! You’ll be getting heavily assaulted by Shooter and his cronies in the next few weeks about this album because it MUST BE heralded as a masterpiece.

He covers the 1972 Mr. Larry Collins hit “Delta Dawn” made popular by Miss Tanya Tucker when she was just a teenage Country Music sensation. For her time she was the Emi Sunshine of her generation. The song “Six Strings Away” is a remake of a Waylon Jennings song which was another good addition to this album, and it complements the other songs nicely.

“Sun Valley Blues (Bloodweiser)” is an absolutely top notch song, and made me drop my coffee cup. Not that this whole project didn’t but I can’t stop listening to this song here, if you don’t identify with it I suppose you aren’t white trash in spirit. In some ways we all have our little freaky things that can be construed as such. But the other song that grabbed me was “That’s Just What I Am”, you know there are too many bro country acts singing about how country they are. Chances are the more the hollar that they are…..they aren’t.  Mr. Leroy is the total complete opposite of that, it doesn’t take long to figure that out.

The album opens with a classic song called “Merica (The Good Ol’ U.S.A.), which pretty much describes the typical ordinary Country folk in everyday society. It contains witty quips and descriptions of the NRA and pretty much everyday life, and goes right into a rebellious song called “Vandalism Spree”.’

Another of the crown jewels of this album is the song called “Pinball” and it is indeed the title track of the album, of course this song depicts the after affects of a wild night of drug use and drinking. One thing you will easily ascertain about Mr. Leroy is that songs about drug use and wild parties flow from his heart very readily and easily.

He is a modern day road warrior and prophet of heartache and hurt in a form that most anybody could relate to. Hellbound Glory is BY FAR one of the most purest forms of TRUE Outlaw Country Music I have ever heard in my life. Cause that’s just what he is…..

I would heavily suggest you go over RIGHT NOW and pre order this album and when you receive it you MUST SPIN IT until it is worn out.