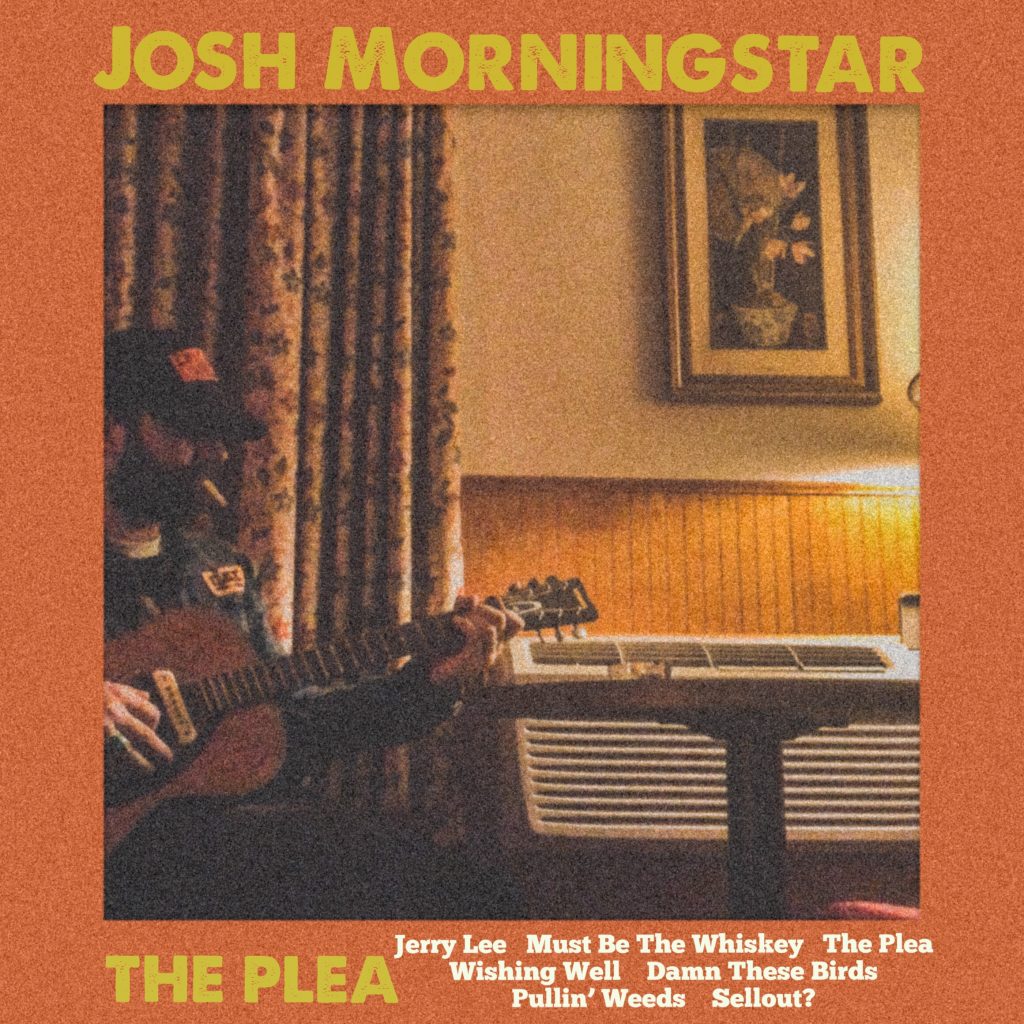 Josh Morningstar is back with the follow-up to 2017’s release Whole Lotta Crazy and it’s titled The Plea.  This seven track album is his first release for Young Mary Records which also features the likes of Colter Wall and Ian Noe among it’s growing roster of talent.  This album is not only a good record, it’s one of Morningstar’s best all around. Let’s dive into some of the tracks on this album.

The record kicks off with a great ode to the legendary rock n roller Jerry Lee.  The lyrics of “Jerry Lee” remind me of the episodes of his episode of the HBO series Tales From The Tour Bus.  He was a wild, wild man for sure and this song puts it all out there. Up next is Josh’s version of the song he wrote that ended up being recorded by Cody Jinks.  This version of “Must Be The Whiskey” is more stripped back and rootsy with a fiddle and a banjo taking center stage over Cody Jink’s full band production of the track.  I like this arrangement the song over the Jinks version as it allows the melody to breath more and become a more somber version of the track.

Another favorite on the album is “The Plea”.  I really dig the pedal steel work on this track by Patrick Lyons.  This track finds the narrator pleading to every known avenue to forgiveness from his mother to his lover and even to the Lord for protection from the devil.  I really dig the imagery in this track and it’s a good bit of song writing from Josh. Finally, the album ends with “Sellout” which is a great track that explores the seedy underbelly of the music business where one night you can sell out a venue and the next you’re selling on the street doing anything to make ends meet.  It’s a great track to close out an overall great record.

Favorite Tracks : Jerry Lee, Must Be The Whiskey, The Plea, Pulling Weeds, Sellout