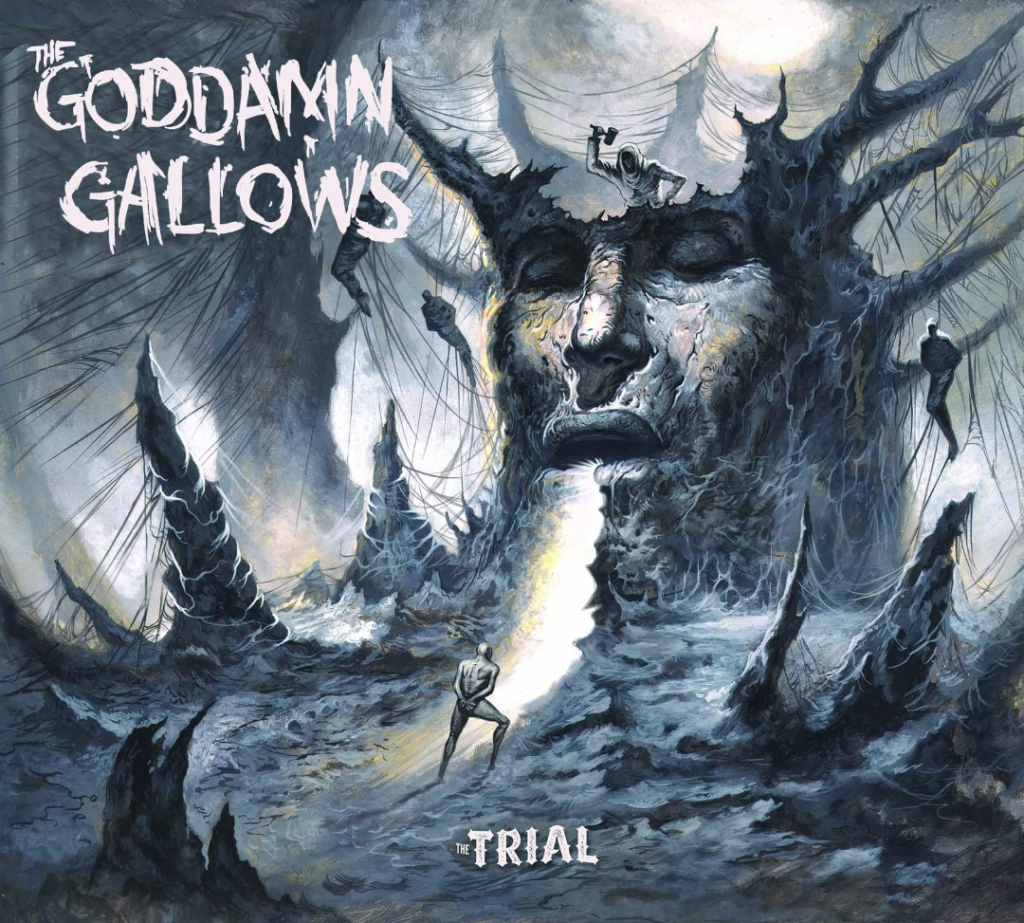 The Goddamn Gallows are back with their 6th full length studio album and it’s a barn burner.  They are fully embracing their metal side with this album and it shows. You can even see it in the album artwork which was done by Andrei Bouzikov who has done artwork for bands such as Municipal Waste, Skeletonwitch and Hellmouth.  The album was even produced by a metal legend in Jack Gibson of Exodus. You might recall that he previously produced the debut LP from Stump Tail Dolly with great results.

This band has always had a sound that lends itself to heavy music, but now they are embracing it.  This means more than just cranking up the guitars in the mix, they bing the riffs too. Just check out track “Shitwish” and you’ll hear some killer riffs and growling vocals from Mikey Classic mixed in with some great accordion.  It’s sure to be a headbanger at live shows. Another headbanger is the new version of Jayke Orvis’s “Dreadful Sinner”. This version keeps the familiar tune and banjo riffs of the Broken Band original, but adds some heavier riffage throughout.

Another favorite of mine is “City Of Fools” and that track is probably my favorite composition on the album.  It presents the best mix of the classic sound from The Goddamn Gallows and their new heavier angle. Another fan favorite will likely be “Down With The Ship”.  It has already been a fan favorite at live shows and it is great to finally have a recorded version of this track which features vocals from both Fishgutzzz and Mikey Classic.

If you’re a fan of The Goddamn Gallows, you know they have always been heading in this direction.  From live covers of classic metal tunes to an often heavier sound in their live shows, it is good to see them finally fully embrace this side of their music on an album.  This isn’t just a roots band with cranked up guitars, The Goddamn Gallows bring the killer riffs and growling vocals you would expect from a great metal band. This album is out everywhere digitally now and will be available on CD on March 23rd.

Favorite Tracks : City Of Fools, Dreadful Sinner, Down With The Ship, Shitwish