Marty Stuart Is Building The Congress Of Country Music In Mississippi. 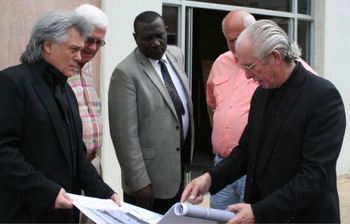 I tell you what I USED to attend many Country Music auctions in order to acquire as much memorabilia as possible in my home here. What I have done is arranged my home in chronological time order according to years of Country Music history. For instance if you enter my home through the laundry room it begins with Deford Bailey, the Fruit Jar Drinkers and Uncle Dave Macon. Pretty much from 1900 up until 1927-30 when Uncle Jimmy Thompson was first featured on the fledgling show called The Grand Ol Opry.

That is…until I learned Marty Stuart was sending “his people” to these auctions with straight THOUSANDS in cash. I mean, there wasn’t even an auction! I suppose all is fair in  love and war if you have enough money…which he does. He owns the largest collection of Country Music memorabilia in the United States, the ONLY complaint that collectors such as myself have with his horde is that the public isn’t  allowed access to it..until now.

Partially, portions of his record collection has been for sale at Ernest Tubb’s Record Shop down on Broadway. And I understand those are just his duplicate albums! However you aren’t going to be able to acquire previous property of a Country Music Legend while he is alive for a small price. The album are marked up pretty high, I bought a few of them as I could afford them.

Just recently Marty Stuart himself announced his proposed plans to construct a museum, library and performing arts center in his hometown of Philadelphia Mississippi. He made this announcement public last Wednesday at a press conference in Jackson Mississippi. Marty Stuart’s Congress of Country Music will be in Philadelphia, about 80 miles (129 kilometers) northeast of Jackson, and is speculated to open in three years. 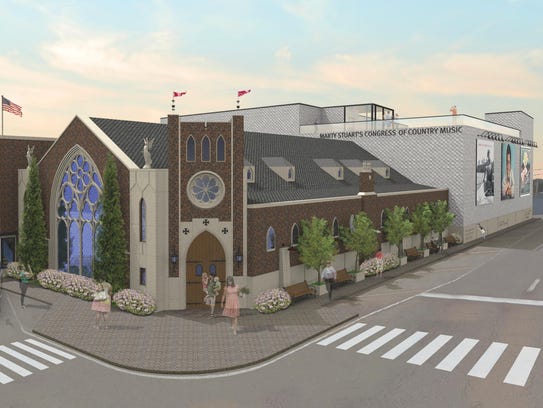 He presented digital interpretations of the finished project at the Mississippi state capitol last week, as he plans to feature most of his 20,000 piece collection of all types of artifacts. For over 30 years Mr. Marty has been one of the forefront advocates of the preservation of the history of Country Music and a hero to people like myself.

It will be built in his hometown of Philadelphia Mississippi, and will incorporate the  town’s historic Ellis Theater. Also, this project will include a concert venue, museum and an educational center where the public can learn about the various careers available in the music industry. The center is already subsequently endorsed by the Grammy Museum, The Smithsonian National Museum and the Library Of Congress.

Many of his clothing articles worn by Hank Williams and Porter Wagoner along with instruments they played will be on display for ALL to see. The next step in Mr. Marty’s plans is securing funding for this project, as he tours this year in support of Chris Stapleton.