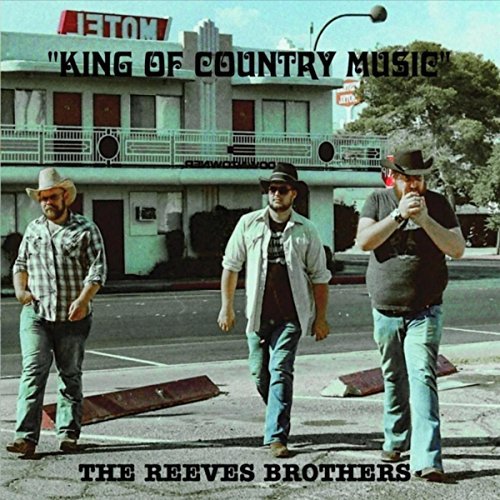 If you’re going to call an album King of Country Music, you have to be able to back it up. The Reeves Brothers do just that on their latest release. The album is a mix of a few obscure covers and some great originals. It has a sound that sounds like it came out of the 1970s, but it’s the latest release from this band out of Pahrump, NV.

I’m a huge fan of their original tracks here. “Sober Up And Face The Night” is a great ballad that breaks up the tone of a faster paced album. “Honky-Tonks and Cheap Motels” is another original that fits right in with songs from the 70s.

Some cuts on this album are old tracks and even uncut songs they have covered from some obscure songwriters you might or might not have heard of. You get songs like “Mama Raised A Ramblin’ Man” and a live cut of “Who Invented Honky Tonkin’” which were written by Ray Willis who wrote songs for Kenny Rogers and Ronnie Milsap. You also have cuts like the amazing track “King of Country Music” which went unused and was written by Gene Price who was Merle Haggard’s bass player on the Okie From Muskogee album and wrote songs with Buck Owens. This is a great way to pay tribute the older songwriters who might be long forgotten if their songs aren’t cut by newer bands like this.

If you’re a fan of the traditional honky tonk sound out of the 70’s, check out this album. It lives up to the moniker King of Country Music for sure and holds up the tradition by including some obscure covers and paying homage to some obscure songwriters. We’re lucky to have groups such as the Reeves Brothers who keep this sound alive. King of Country Music is out everywhere you can find digital albums and you can pick up a physical copy from The Reeves Brothers

3. Mama You Raised A Ramblin’ Man

8. Sober Up And Face The Night