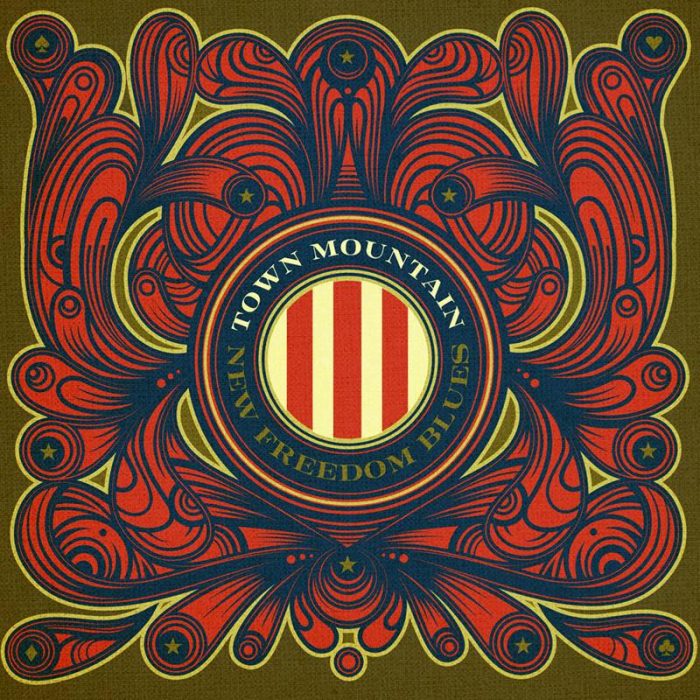 Town Mountain are a bluegrass band out of Asheville, NC with influences that take inspiration from the soul of honky tonk and the edge of rock n roll.  They’re back with their new album New Freedom Blues which follows the 2016 release Southern Crescent. This album is a departure from their previous releases which featured more of a pure bluegrass sound.  This record is more bluegrass influenced and features drumming by Miles Miller who has worked with Sturgill Simpson. Let’s take a dive into some of the tracks on this album.

The album kicks off with the title track “New Freedom Blues” and it gives you an idea of what to expect.  I love the banjo work and the riffs in the chorus here. Another favorite is “Life and Debt” which highlights the songwriting on the album.  Life and debt certainly do go together and this is a fun song that plays on that.

The track “Lazy River” also highlights the great songwriting on this album.  It’s a song about the Suwanee River which runs through South GA and North Florida and is a region I’m very familiar with.  “Witch Trials” is another great track. I love the banjo solo right in the middle of a tune that has a great fiddle riff too.  Finally, I would be remiss if I did not mention the track many folks will get this album for. “Low Down” is a great feature for Tyler Childers and serves as a good duet between Childers and Jesse Langlais.  If you’re just getting this album for Childers, you might just find yourself with a new favorite band in this record.

New Freedom Blues feels like a new start for Town Mountain and it’s the perfect jumping in point for new fans.  Many will come for the Tyler Childers track, but I hope they stay for the rest of the record and give this great North Carolina band a shot.  New Freedom Blues is out everywhere you can find music so go listen to it on your favorite streaming service and buy a CD if you like. I hope to see them live some time in the near future.