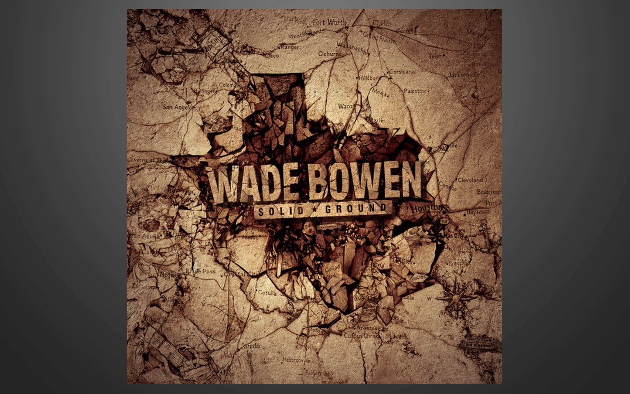 For my money, Wade Bowen is one of the best names in Texas Country out there.  He continues his streak of amazing records with his 7th solo studio album titled Solid Ground.  This album finds Wade Bowen and his band in a solid groove that doesn’t let up at all throughout.  From the first single “Acuna” to the extra long studio jam “7:30”, this album delivers.

Wade Bowen is no stranger to having longer tracks, but those have typically been relegated to his live albums.  “7:30” is a studio jam that clocks in at seven minutes and thirteen seconds.  It’s a break-up song that describes what happens after the break-up call comes in early in the morning.  Just when you think the song is going to end at around 4 minutes in, a nice long guitar solo kicks in for the rest of the run time.  It’s possibly my new favorite Wade Bowen track both for the imagery and the extended jam at the end.

Another favorite is the track “Anchor”.  It’s a slower song that echos the album’s title in the lyrics and compares a relationship with a ship out at sea in a rough storm.  I also love the song “Fell in Love on Whiskey” which picks up the tempo after the ballad “Anchor” and brings one of the more rocking tunes on the album.

Wade Bowen continues to put out great albums that are pure Texas country music.  Solid Ground is one of his best efforts yet and I can only see good things in the future for him.  Wade’s new album solid ground is out everywhere Friday, February 9th, 2018.  I highly recommend picking it up in your format of choice.